UK BOU Year list - 310 - My first time reaching 300+, and hopefully the last. My 300th bird was a Pallas's Warbler in Lancs. Also congrats to Jake and Mick on reaching 300+, and thanks to both for a brilliant year. I saw 19 new species for my British List bringing my total up to 381 BOU.

Sussex Year list - 216 - a good total despite spending most of my time out of the county. This is my third highest Sussex total. Best bird probably being the Siberian Stonechat at Beachy.

Best twitch of 2012 - Has to be the 23hr round trip from Seaford - Fife Ness, Scotland for an Eastern Olivaceous Warbler. Also saw Radde's Warbler, Red-breasted Flycatcher and a Pallas's Warbler on this day. A cracking day.

Self-founds of 2012 - I had a good year this time. 2 BB rarities included a Glossy Ibis at Cuckmere in February and a Great Reed Warbler on Shetland in October. Others finds included 2 White Storks at Rye, Long-tailed Skua in Argyll, Sooty S'water, Storm-Petrel and Wryneck on the patch and a Honey Buzzard at Beachy. 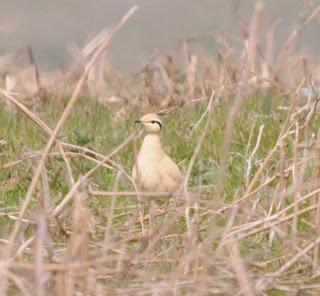 Best world bird of 2012 - This bird has to come from Ethiopia. There were many to choose from but the most rewarding was in fact the Prince-Ruspoli's Turaco. 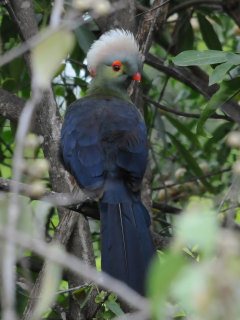 The end of a fantastic year ended in Norfolk to scrape up the last few yearticks of 2012. I picked up Jake at 4.30am and headed off via Mcdonalds to Thetford. We also visited Marlingford and Cley, mainly seeing a fine selection of long distance migrants?? :-)

I ended the year on 310 BOU. It is certainly a relief for it to be 2013 tomorrow, as I will not be listing at all, and hopefully save a bit of money in the process. Happy New Year to all!! 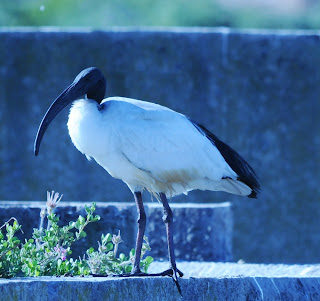 Went down to Devon today with Jake and Mick. I left mine at 04.15, and returned home a nice 13 hours later. Targets birds were the Cirls for Jake (yeartick), and the Yellowlegs for all of us. 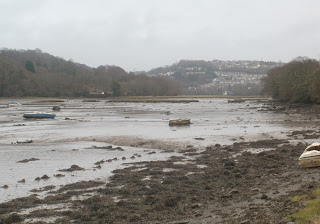 Having been completely unaware of any Caspian Gulls in the Cuckmere earlier today, I picked up Bob initially to do a roost at Charleston Reedbed, but seeing hundreds of Gull settled just north of Exceat Bridge, we decided to look at these.

I started scanning, and 10 Gulls in I instantly found an adult CASPIAN GULL walking through the group. It stopped and unfortunately went to sleep, but every now and then raised it's head and did a few wing stretches, enabling all wing detail to be seen.

With falling light, we concentrated on just this bird, but a brief scan didn't produce any more potential candidates. There were however a couple of argentatus Herring Gulls.

Having been really pleased of finding a Caspo on the patch, and in Sussex for the first time, I was slightly gutted to find out a maximum of 3 had been seen earlier in the day, but I'l have it as a self-find for now! However looking at DC's pics, my bird does seem to have more black on the bill, so it could well be a different bird, heres hoping!!

Other features seen not in the images below were long primary projection with predominant white on P10 with a black sub-terminal band creating a clear mirror. 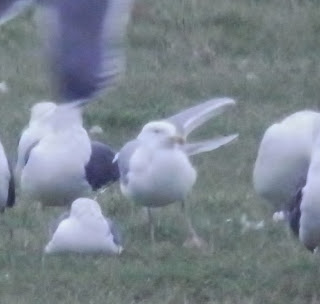 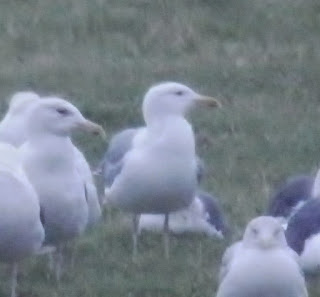 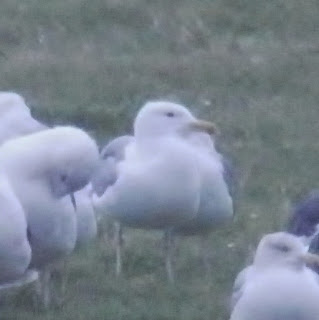 this image reveals a long slanting forehead, long lores, dark eye, bulging chest and a much clearer colouration of the legs. 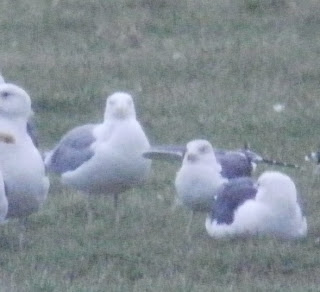 the size of the bird in this image probably makes it a male, and the dark mantle is also very noticeable. 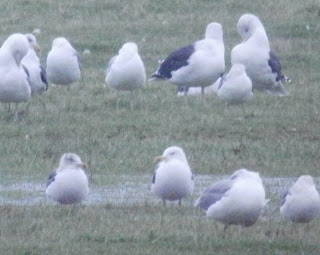 both Caspian (top centre asleep) and Argentatus Herring Gull (bottom, second from right) in this image.

A Waxwing flew over my garden this afternoon. It was first picked up by it's call, and was then seen flying SW.

At Newhaven West Beach on Wednesday, whilst searching for the 1st winter Caspian Gull, I found a 2nd Winter Herring Gull with a ring on it's left leg.The results came through today:

The ring number was YW3T.

Below is the Herring Gull as a 1st winter at Wandsworth Bridge. Happy days!! Spent the day with Mick in Cambs and Suffolk. First stop was Ouse Fen where thankfully the 2 Penduline Tits showed relatively quickly before we froze. Good scope views were had, but not great for the camera.
Next stop was Great Livermere in Suffolk where there was no sign of the Grey Phal, fortunately it wasn't too far out the way.
Penduline Tit puts me on 307 BOU for 2012.﻿ 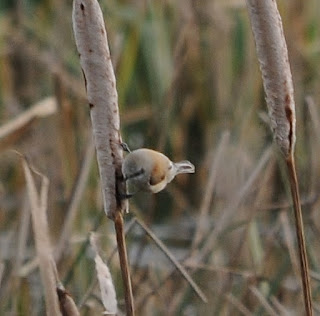 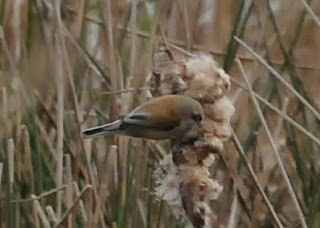 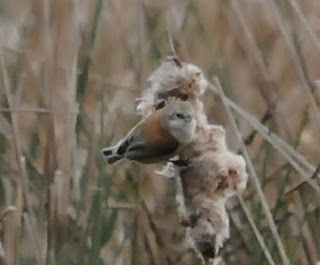 I waited on news before heading down to Dorset, and fortunately it didn't take too long. I arrived at Longham Lakes just after midday and quickly found the White-rumped Sandpiper on the south lake island.

On my return I popped into Bickerley Marshes near Ringwood and had good views of both the Glossy Ibis and Great White Egret.

Last but not least, Amberley Wildbrooks held 6 Ruff and 3 Golden Plover amongst the Lapwing.

The Sandpiper represented my 3rd in the UK, but more importantly was another yeartic bringing my total to 306 BOU. 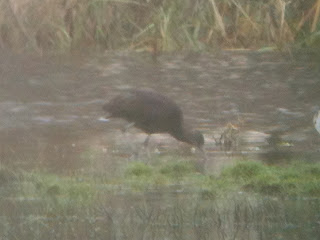 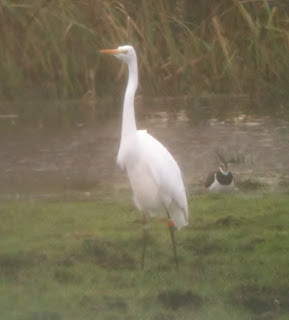 both pictures were phoned scoped, hence the poor quality.
Posted by Matt Eade at 09:51