What a great day! I left home early and arrived at The New Forest soon after first light. The entire landscape was frosted as I slowly made my way down to Pig Bush enclosure in the hope of seeing the Great Grey Shrike. I joined Ads and Paul Bowley and after an hour, there was no sign. Alan Lewis and I therefore walked around to Shatterford, skidding across the ice as we went, and thankfully found the Great Grey Shrike atop a Birch Tree. The shrike continuously preened as it warmed in the morning sun, before becoming increasingly active, and soon, disappearing. 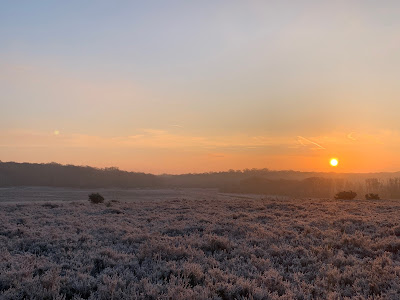 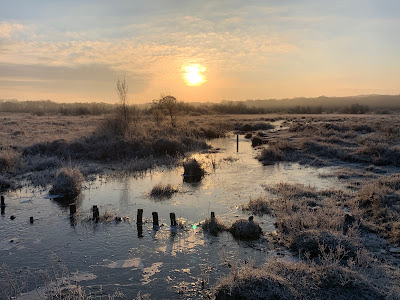 I had wanted to walk a long circuit today in the hope of coming across a Lesser Spotted Woodpecker, obviously knowing this would be a near-impossible task. However, five minutes are departing the shrike, I heard a Lesser Spotted Woodpecker singing. I waited patiently , and soon spotted its movement in the treetops as it got slightly harassed by a Great Spot. It quickly vanished, but carefully walking the forsest floor, I could here its slight drumming, before it went into full singing mode again. I had it on view for easily 10-minutes, but always obscured by twigs etc, but such an amazing sight! 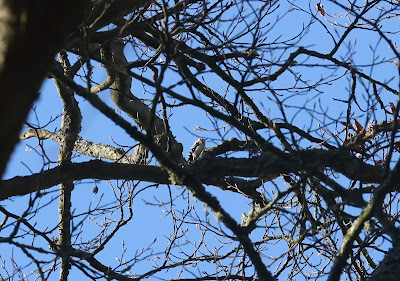 I walked back to the car via a few forest trails where a male Goshawk flew over, before driving to the north part of the forest to Pipers Wait 'viewpoint' and soon had a male and female Goshawk fly around, allowing excellent scope views.

It was only 1pm, so I opted to drive straight to Staines Reservoir for a complete change of scene (and noise), but quickly found the drake Lesser Scaup. I wish I'd stayed around the forest and went to Blashford, but I had been wanting to see the scaup all week as it's only 40-minutes from home, so there we go.

Just under a month until the Seville Marathon so most of my time is training for this, therefore it was good to have a decent birding day.

After a chilled first few hours of the day, I drove to the coast to an empty Southmoor car park, not surprising giving the conditions. I walked along the seawall and soon found the adult Sabine's Gull which had thankfully hung around all week. With no one around and the bird seemingly content, I walked out into the flood (a redhead Goosander also present) and got fairly close. The bird then spent the next 30-minutes dip-feeding in front of me, at times, just yards away, perhaps interested in me stirring up the mud. An excellent bird and even better to have it all to myself. I looked out into the channel and found two Black-necked Grebes, a Great Northern Diver, a drake Goldeneye and a few Red-breasted Mergansers.
Afterwards, I ventured into Sussex and walked Dell Quay to Fishbourne Creek, finding a Spotted Redshank, two Greenshanks, a Water Pipit and Scandinavian Rock Pipit, and three stunning drake Goldeneyes. Approximately 1500 Brent Geese were either side of the approach road to Dell Quay, but I couldn't find anything of interest in amongst them.
Lastly, I went to Westdean Woods and to Stapleash Corner (picking up a nice £4.50 Sausage & Chips with curry sauce 'deal' along the way) and parked up. The food was excellent, but nine Hawfinches calling continuously to each other atop the Hornbeams were also good, and soon flew off at 2.15pm. 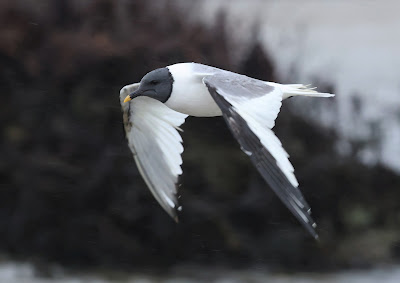 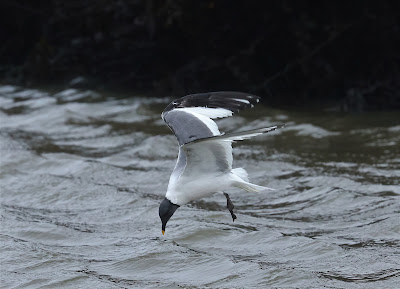 I was up in County Durham for New Year's, this being a prime opportunity to mop up on some goodies before descending back south on the 2nd.

I spent the first half of the day at Redcar with my good friend, Nick Preston, who I've been fortunate to have travelled with to Guyana and Brazil. Being his patch meant we were able to clean up on most of the target birds for the morning.

We started off at Redcar promenade, with the highlights being the drake King Eider, a couple of Velvet Scoter, a lovely flock of Sanderling and a good variety of other coastal birds. The eider took a while to find, but eventually it showed, albeit at some distance. Next, we stopped at a few sites along the Gare, with a stunning Long-eared Owl, a Great Northern Diver, a Purple Sandpiper and a small skein of Pink-footed Geese being the highlights.

On the 2nd, a circuit of Bishop Middleham brought in the usual suspects, but a Willow Tit and a small gathering of Tree Sparrows were all reminders I was far away from southern England.

Roll on to the next weekend, and I joined forces with Steve Wilson for a day in Devon. The main highlights from the day was the superb Laughing Gull which took an age to find (the bird lingering in a different car park not helping matters) and a drake Ring-necked Duck at Slapton and Beesands respectively. Due to time pressures, we then had to get a move on and get to Seaton Marshes. Probably the most random place I will see an Isabelline Wheatear in the UK as it bounded along a boardwalk, separated by two saturated fields! Still, as it was in very close company to an Eastern Yellow Wagtail (a very belated UK tick), all was good.

Unfortunately for the latter two species, I didn't take my camera as we were promised rain. This didn't materialise and both birds were seemingly not bothered by our presence... so I've stolen a few images from a photographer perched next to me. 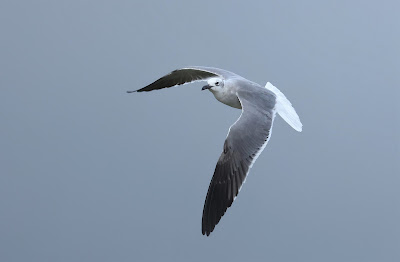 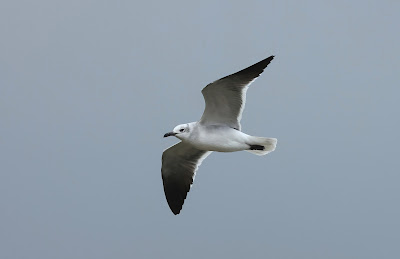 It's been a shade under five years since I saw my last Waxwing in the UK (the flock of 33 at East Grinstead), so there was little hesitation in twitching the three birds currently munching on apples in Brunswick, Northumberland. As I'm currently staying in Bishop Middleham (Co. Durham), this thankfully kept the journey time to a mere 45-minutes.

The trio performed like all Waxwings perform, and were enjoyed for a period of time before having to start work. Such awesome birds and it was great to be in such close company with them once again. 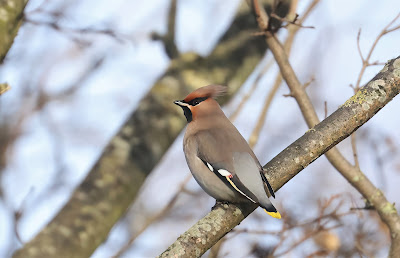 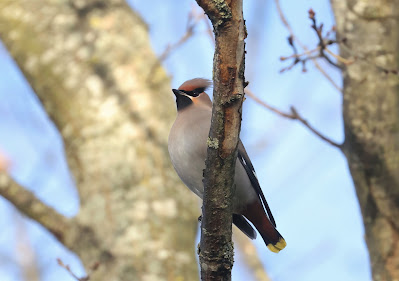 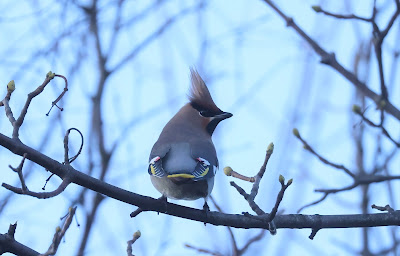 With yesterday's news of a Walrus in Pagham Harbour, I this morning decided to position myself within twitching distance of Pagham just in case there was a repeat performance. It was then sod's law, that, whilst at a birdless Iping Common, news came through that Thor the Walrus was hauled out at Calshot Castle.

I left immediately and made a swift journey down (passing the bush where I saw the Spanish Sparrow at Calshot back in 2012) and was soon watching the enormous brute as it lay content on the shingle in the light rain.

Such a moment, especially after not bothering with the Tenby individual last year! 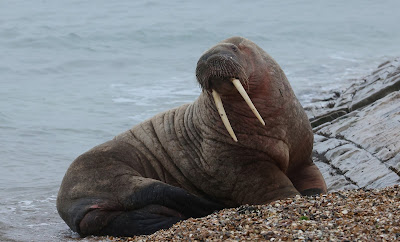 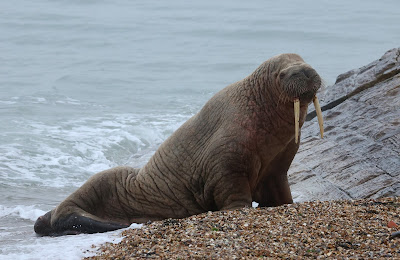 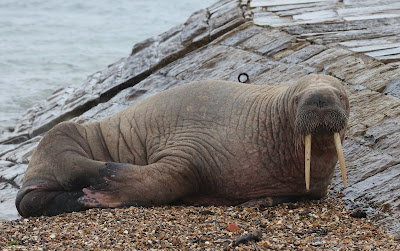 After a busy weekend last week and with no sightings in the interim, I was surprised to wake-up on Saturday morning to a load of messages stating the Penduline Tits had been sighted at West Rise again. Actually, not entirely surprising giving their nature and I was relieved to be able to twitch these birds on the Sunday.

A horrific weather forecast didn't dissuade me, and I arrived at first light having driven down from Alton, and Ian also joined me in my quest. From the pagoda, I soon became fidgety and walked the edge of the reeds towards the main lake and played the call. Two birds instantly replied but I only got a brief flight view of one. Therefore, we went back to the pagoda and waited.

Soon enough, an incoming individual was heard and appeared at some height before descending into the reeds. A short while later, two birds arrived and showed well through the scope as they hung on the phragmites. Absolute result and such a relief.

In Sussex terms, these are the first twitchable Penduline Tits. The last record which didn't involve the bird(s) being trapped and ringed were three birds at Coombe Haven in 2004 which were only seen by a few and only remained for an afternoon.

Afterwards, an enjoyable time at Splash Point was had watching a few Little Gulls. 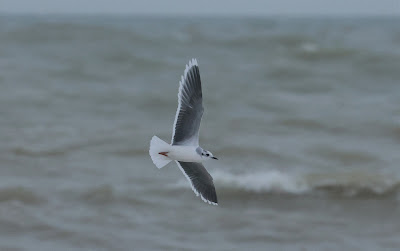 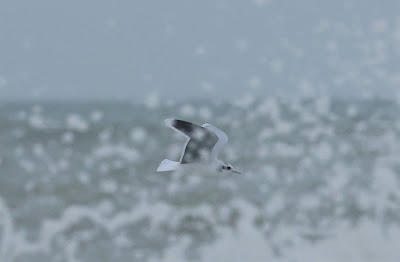 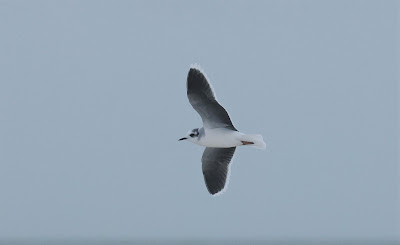 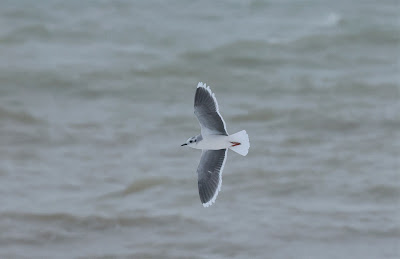 Arrived at first light this morning at the decent-looking Martello Tower at Slaughden, along the Suffolk coastline. I'm sure the usual temperatures in past years at this site in late October would have made it a very uncomfortable setting, however, it was mild today and made for a pleasant wait as we watched the sunrise.
Steve Wilson kindly drove me and we joined a few others at the tower in the darkness. Those few others were donned with thermal cameras, and much to our relief, a white blob on top of a drain meant the bird had stayed the night. It was then a case of waiting until it got partially light to discern the various features.
Throughout the morning, the Alpine Accentor showed very well, either feeding amongst the vegetated shingle, or, posing nicely on the rocks below. A very nice morning out! 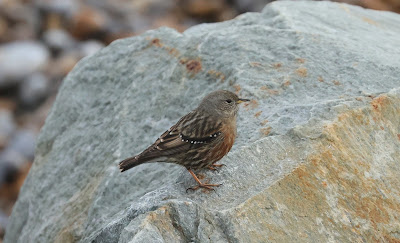 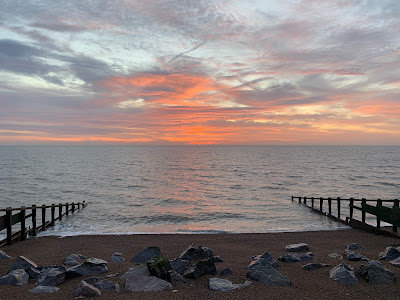