With fine weather and myself being Goshawk-less so far this year I took Dick Gilmore down to The New Forest. A brief stop at blashford beforehand produced the common Duck species.

Next stop was Piper's Wait where after a bit of patience we were rewarded with a minimum of five Goshawks, mostly all in displaying moods with a couple coming in close enough for superb scope views. Stunning birds as always. It wasn't just these though, some other nice bits were observed during the time here.

With very few options we headed back into Sussex, firstly to West Dean, then The Burgh where probably the highlight were the large numbers of Red Kites, with numbers easily reaching double figures. 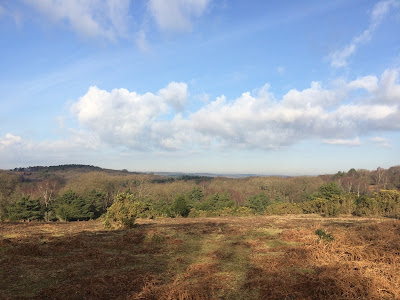 plenty of Goshawks at this location 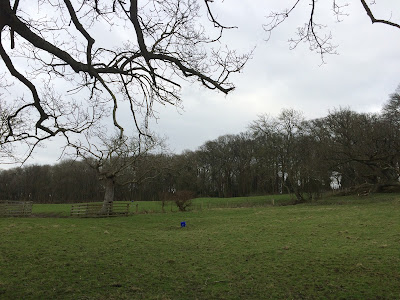 the Little Owl site near Warningcamp. The birds occupying the dead tree above the five-bar gate 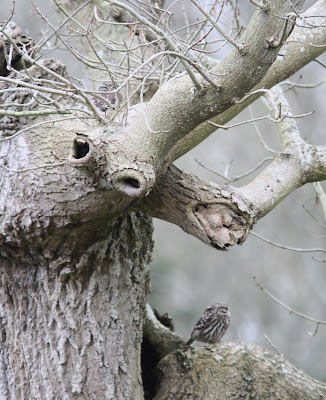 Was at a loss of what to do today so I took advantage of the nice weather and headed west. I wanted to see the Bewick's leaving their roost at Pulborough but there were no Swans.......good start. I then basically wandered around various sites willing spring to get a move on, though singing Woodlarks and Dartford Warblers were semi-signs, as were tens of displaying Common Buzzards.

A respectable 76 species seen without too much effort.
Totals are: 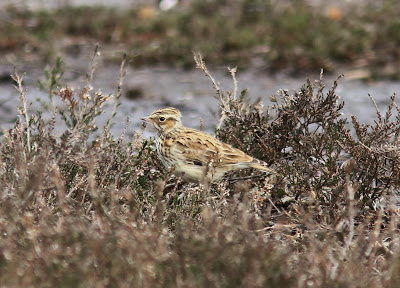 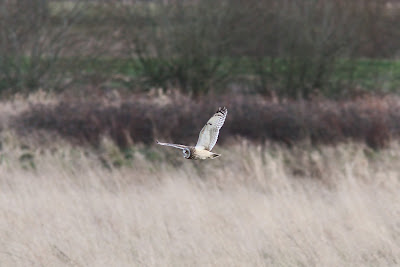 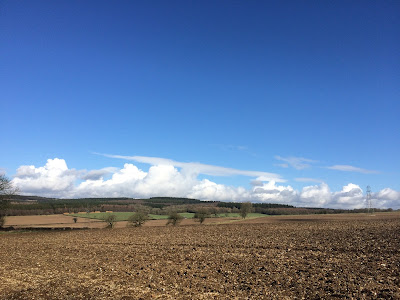 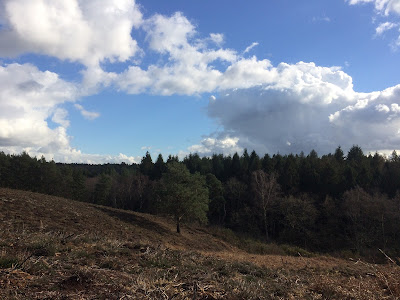 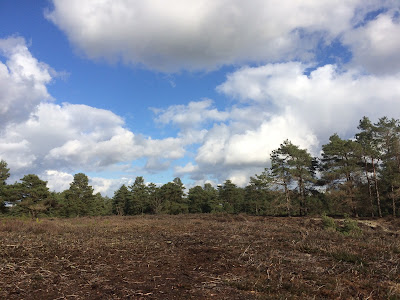 no Goshawks at these sites!!

Now got two weeks off from work, and started as I mean to go on by heading down the patch. I walked both sides of the Cuckmere today seeing the usual Jack Snipe on the eastern side, but noticed a very large gathering of Gulls on the west side. I quickly headed round there and soon found two Caspian Gulls (both 2nd winters) and an adult Yellow-legged Gull. One of the Caspos had a green ring on its right leg.

Unfortunately my photos have come out very poor for some reason, though the distance may have had something to do with it.

Although not captured, both birds had superb clean white underwings, not even showing any dark flecks around the coverts. Both very smart looking Gulls. 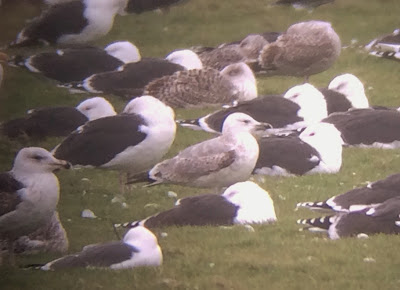 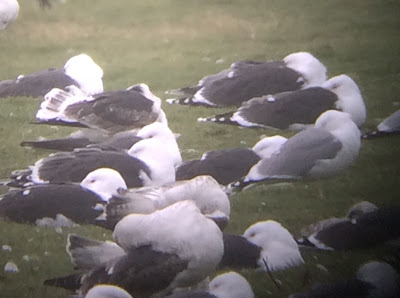 This first individual (above two images) appeared very similar to the bird seen here on 30th December though more advanced. However, impossible to tell so may as well treat is as a different bird. Also note the adult Yellow-legged above. 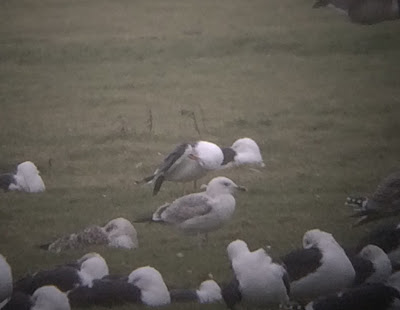 this second bird had a green ring on its right leg. If it wasn't for the ring it appears very similar to the above bird, though does show less advance in the coverts and more solid brown on the tertials. 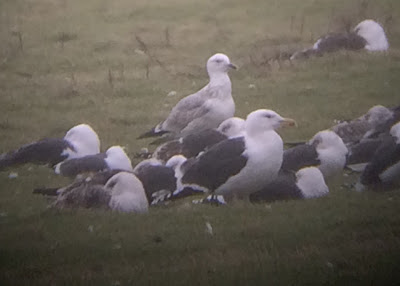 though the obvious giveaway was the very large build of the bird, at times appearing larger than the Black-backed Gulls, even without its enormous neck stretched out as shown above.

The SE wind did little to change my optimism today. Nothing out at sea, no unusual Gulls in the Cuckmere and it was blooming freezing!!
On Seaford Head however, a female Marsh Harrier flew over (not that I'm there much this time of year, but this was my first February record) mid morning and the Ring-necked Parakeet flew over the golf course.
Posted by Matt Eade at 10:50

At long last a day off, though I can't really complain with the time off I've had this winter.

I started at Cuckmere Haven that was expectedly quiet. The Greenshank was still knocking about on the scrape. Further north up the valley at Charleston Reedbed the Water Pipit was easily found as well as a few other bits. Domestic duties took over for a short while before ending the day down Rodmell where a Short-eared Owl showed very well.

A few other sites visited today but nothing of note seen. A bit of beach combing produced lots of wood and other rubbish. 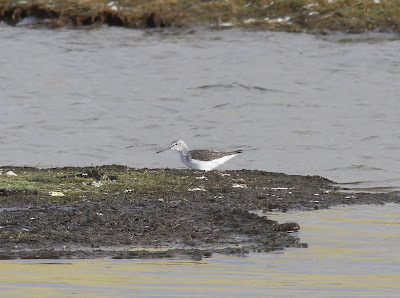 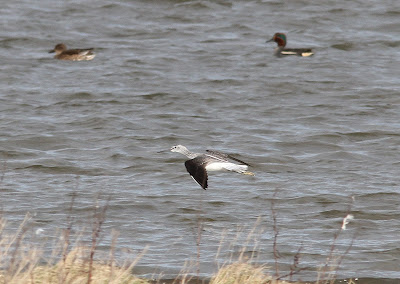 Greenshank on the scrape 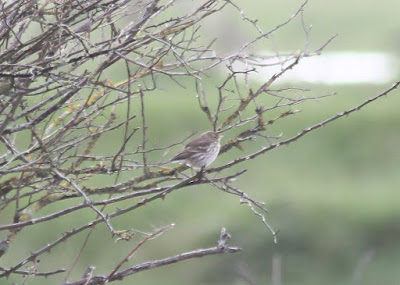 Horrid photo of a Water Pipit

An excellent day with Josh from Hove in the east of the county, Dungeness and slowly working our way back along the coast.

First up was Pett where the Ibis showed straight away but otherwise it was quiet here. As it was high tide we headed straight for Dungeness Point where Gulls were the main focus, and they didn't disappoint. The RSPB reserve produced the obvious highlights and back towards Scotney there were some wild Geese. I hadn't been to Combe Valley before but a flood there held two flighty Water Pipits, and lastly at an undisclosed location a ringtail Hen Harrier showed reasonably well. A very good day in spring-like conditions where temperatures reached a balmy 15 degrees.

Yesterday in the Cuckmere was a Jack Snipe, Tide Mills had a Jack Snipe, Black Redstart and Spotted Redshank and the western breakwater in Newhaven Harbour held 5 Purple Sandpiper and 60 Dunlin. 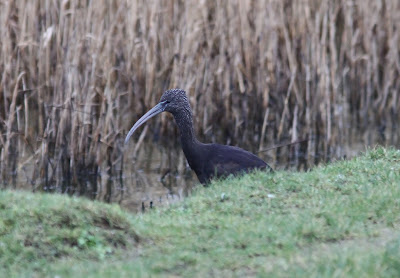 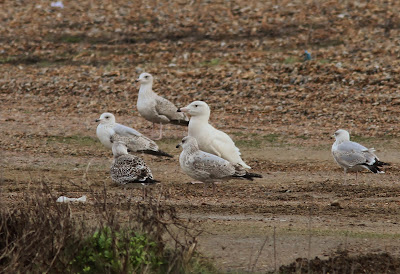 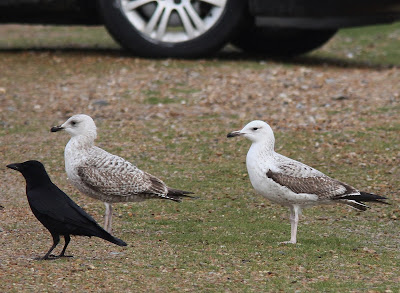 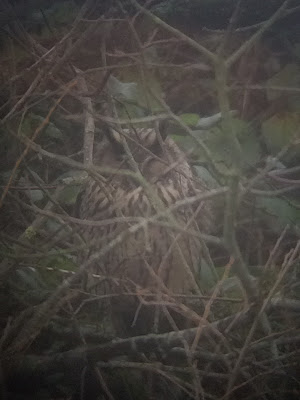