At the beginning of the week, photos emerged on Facebook of a pristine Monkey Orchid which had been photographed in Sussex. A couple of others managed to see and verify the record, but of course, details were strongly withheld and with this specimen already at its peak condition, there would be little time to wait for any directions, even if these were to be released.

Therefore, I went into my full investigation mode to try and ascertain where this orchid could be. In all honesty, it didn't take too much working out. There were enough clues in the text and having knowledge of this specie's preferred habitats, using a series of maps I found an area which looked by far the best contender.

So, last night, armed with my macro lens, I set out on a 20-minute walk to a 'hidden valley', and upon entering the valley, I knew I was at the correct location. Many Cowslips, which were the main feature in the series of Facebook photographs, soon led me into a cause of panic as I knew this county first was only yards away.

Comparing the treeline on the image with the photos I had, I managed to find the point, and to my delight, there before me was one of my favourite orchids – the Monkey Orchid! Such efforts are unbelievably rewarding, and to think I am one of only a handful of people to have now seen a Monkey in Sussex, is amazing.

This is the first record of a Monkey Orchid in Sussex, and given how isolated the valley is, it's hardly surprising it took so long to be found (unless it was planted...).

Obviously, I will not be letting out where this orchid is at all – if can find it, I'm sure others can too. 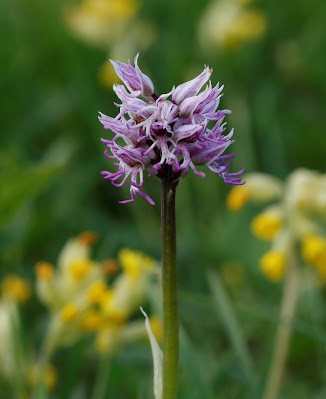 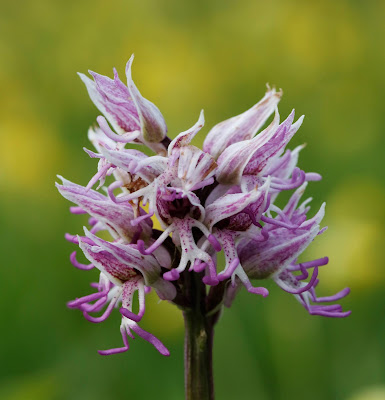 An early wake-up call soon saw me heading down to Church Norton in the moderate rain and chilly wind. Expectedly, there were no birders present which was ideal as my motivation was high in finding something semi-decent.

One of the reasons of coming down was to try and re-find the unreliable Roseate Tern seen yesterday; no sign of this for the few hours I was present, but mixed in with six Dunlin were two lovely Curlew Sandpipers. I watched them for a few minutes before they unexpectedly took off high to the north. I checked all the scrub along the Severals, but no rare Sylvias were present, so I checked a couple of sites to the north awaiting the news of the long-staying Whiskered Tern in Dorset to come through.

News of the Whiskered Tern didn't materialise until 9.30am, by which time I was at Ivy Lake and in prime position to get going down to Longham Lakes. Eventually I arrived and enjoyed some wonderful scope views of this stunning bird. This was my first adult Whiskered in the UK, having only seen a juvenile way back in 2010 in Cleveland after dipping a Sykes's Warbler. 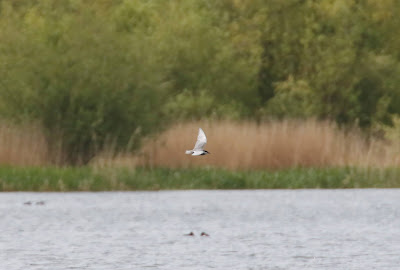 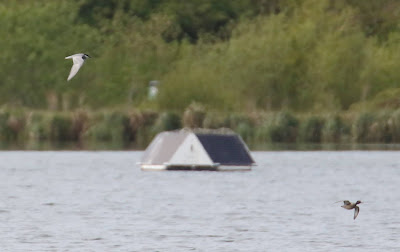 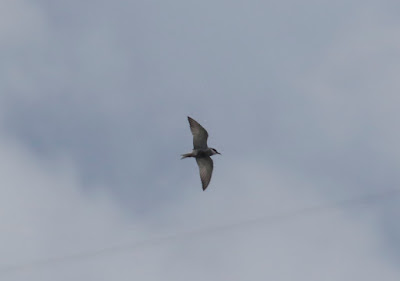 I had been looking forward to the Bank Holiday for some time, mainly as it would surely mean I would be undertaking much seawatching. Despite the conditions not being as good as I would've wanted, there were still some noteworthy sightings, perhaps highlighted by the number of terns passing.

Due to the wind direction and very clear conditions. most birds were mega distant, though one Pomarine Skua, which happened to have an enormous tail, was relatively close inshore, but the distance factor meant that very few terns were actually identified to species, though the ones that were close were mostly Common Terns. Other highlights involved a single flock of 18 Little Terns, some high-flying Commics with a tight group of seven Black Terns mixed in and a Balearic Shearwater, which was seen relatively well.

Many thanks to Richard Fairbank for the company over the weekend!

Below are the totals from the entire weekend: