A slight change today as I am currently taking part in the Willow Tit survey.

One of my locations is a site I've never ventured to before this spring, this being Upperton Common, just to the west of Petworth Park. This was my second visit this spring, but of course my target species was nowhere to be seen, though it was great to see a minimum of five male Firecrests on territory, as well as three Marsh Tits. The woodland looks very good for Willow Tits with plenty of low level cover, mixed species of trees and a small stream running through the centre.

After this very nice woodland walk I went and saw a couple of Dartford Warblers at a nearby common. A couple of female Siskins were collecting nesting material from the car park as well.

Near Fittleworth I walked another woodland, just as it looks brilliant for LSWs, again none of these present, but another vocal Firecrest and plenty of Chiffchaffs and a single Blackcap were in full song. An Orange-Tip and lots of Brimstones were also on the wing.

Last but not least I went and saw the two drake Garganey that were still present on Waltham Brooks, and I was pleased to see a Swallow flying north up the valley.

Yesterday between two presentations I walked around some woodland in the northern part of Sussex, and had an unexpected immature Goshawk fly past me (pictured below).

At midday, I noticed the change in wind direction had veered to an easterly direction, and with this I soon found myself down Splash Point, where I only had an hour spare. There obviously wasn't a great deal moving (time of day and poor winds up until now) but I was mightily pleased to see my first Arctic Skua of the season, the species I had predicted for my short watch.

During the week the Cuckmere has yet again proven to be fairly productive. On Tuesday I went to photograph the Little Gull after work, and then walked down to the scrape where a superb Little Ringed Plover was found. A bright continental Stonechat was also present around the scrape. 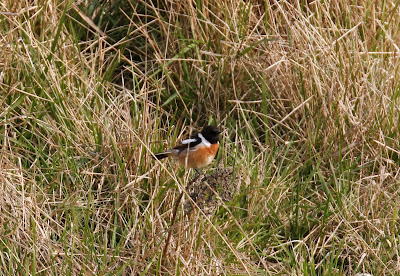 A bit of free time after work allowed me to visit the Cuckmere. Having heard before my arrival that Laurence had found a pair of Garganey north of Charleston, I briskly walked my normal route down to the scrape, only finding a White Wagtail for my efforts. This then allowed me plenty of time to watch the superb pair of Garganey in the first flood north of Charleston Reedbed. The drake was regularly calling and displaying to its female friend which gave me a good enough excuse to watch these superb ducks until it was nearly dark.

I had noticed a Gull hawking over one of the floods when I had initially arrived, but it wasn't until dusk that I decided to look at it, only to find it was in fact an adult winter Little Gull.....doh! 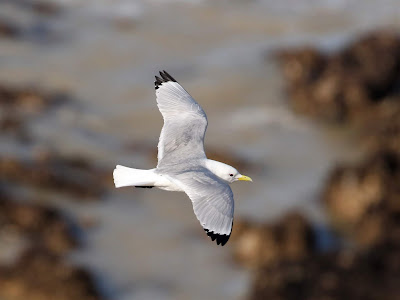 A free day for me today so I was down Splash Point for first light hoping to make the most of the slight change in wind direction. With it still being a light wind it wasn't a surprise that it was still quiet, with ten Sandwich Terns being the highlight for me.

I walked the first part of the headland but with no migrants about I gave up on the head and spent the rest of the morning walking the whole of the Cuckmere. I first tried the Lower Cuckmere where a mobile flock of seven islandica Black-tailed Godwits were holding briefly onto a Ruff, a species I've only seen on the patch twice before. The Godwits were later located north of the road and I could make out that one was colour-ringed. There weren't any Pipits about and so I walked the east side down to the scrape.

I soon came across a small group of Scandinavian Rock Pipits keeping very close company to one another. Along the river I came across three more and photos suspect more then six birds were involved. A couple were nicely advanced into spring plumage, but there was still the odd bird showing limited signs of the pinky flush to the breast and tertial moult. A Sand Martin flew up the valley which rounded the morning off in fine form.

Totals for the Cuckmere are:

After the school run I was keen to hit the patch after the minor influx of Wheatears that had arrived yesterday, and hopefully into today. It felt very spring like, and with the nice total of Wheatears and a few other scattered summer migrants it felt very promising for late March. Sadly still nothing moving out at sea......the next moderate SE wind could be epic!

Whilst down Splash Point, I received a message of the Hooded Crow being present in the sheep field, and thankfully saw it flying over me heading west whilst I was keeping a close eye on a group of seven Wheatears at Buckle Church.

This afternoon after the school run Leo and I walked the cliffs at Newhaven Heights, but only finding a single male Wheatear of note.

Totals for Seaford Head are: 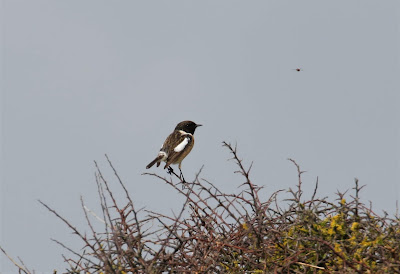 This morning I fancied a change and thought maybe the shelter of Hope Gap might give me a chance of my first summer migrant of the spring. After a brief search I was delighted to find a male Wheatear feeding along with some Rock Pipits and Stonechats. Nothing else of note on the Head however.

The Cuckmere continued its form with the long-staying Glossy Ibis in situ, and the mobile Hooded Crow was yet again great to see. A minimum of four Mediterranean Gulls were also in with the larger Gulls. 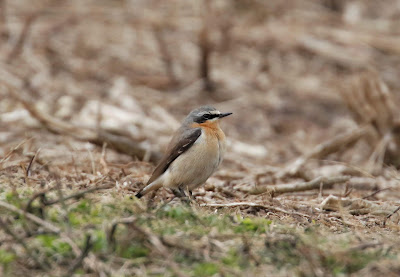 The misery of strong westerly winds continue, but with the Cuckmere in fine fettle the winds are all forgotten. Today, I nailed my third patch tick in under two weeks with a sublime Hooded Crow(Water Pipit and Barn Owl being the ticks). Back in the 80's they were almost annual, but certainly in recent times it's somewhat of a mega for the patch, and still a rare bird to see in Sussex, despite the recent long-staying Pagham bird.

After yesterday's report on the SOS website, I was playing it cool and not expecting to find the Crow, with March birds always being brief encounters with presumably continental birds making landfall and continuing on their way. However, with plenty of Crows feeding on the flooded fields and finding lots of food, I was relieved to re-find the Hooded Crow late morning in a field just north of the A259. It later re-located to the SW side of the Cuckmere associating with the Gull flocks and the Glossy Ibis, that was also still present along the central hedge line. Three Mediterranean Gulls of all ages were also present among the many Black-headed and Common Gulls that are taking advantage of the floods. 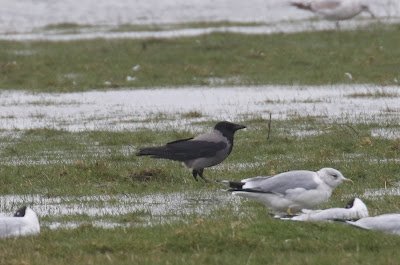 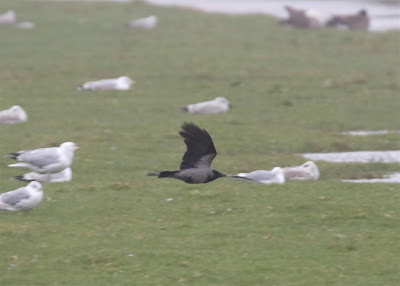 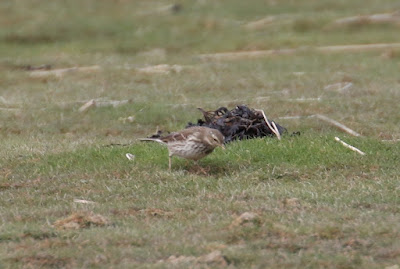 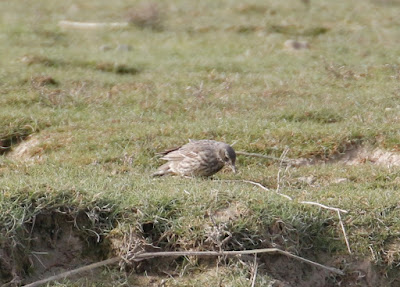 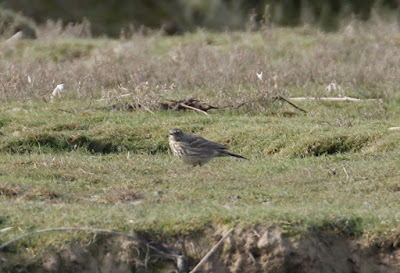 An after work twitch for my second patch Glossy Ibis that was found yesterday by the Eastbourne SWT. Easy to find late this afternoon as it was working the ditches roughly two fields north of Exceat Bridge. Nothing else about other then a large roost of Black-headed Gulls along the river, but no sign of the Spoonbill. 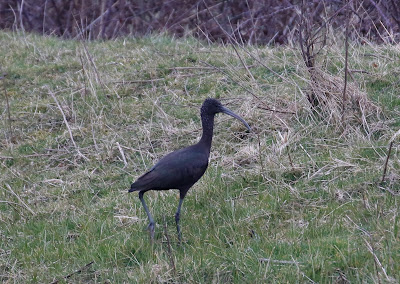