Was delighted to finally get away from the doldrums of Sussex when the remarkable news of an immature Beluga Whale filtered through late morning that somehow took a liking to the River Thames, and unfortunately not in its crystal clear icy waters of the Arctic Circle.

It took me a few minutes to pluck the courage and roughly two hours later I was on site and laying eyes on this awesome cetacean. It was tough running along the seawall though as I'd ran the Loch Ness Marathon on Sunday (3hrs & 6mins if anyone cares) and so I was still suffering today. I stayed on site for two hours where the Whale had got more distant and elusive and Sky and BBC news in their helicopters were starting to get more annoying.

Closer to home, it has been very hard work. Since my last post, I've been out most days and seen barely anything of interest, though today there was a Cetti's Warbler singing along the A259 in the Cuckmere Valley, which would've been a patch tick if it had shown itself. The Bar-tailed Godwit continues to show well along the river but grounded migrants have been very thin on the ground. 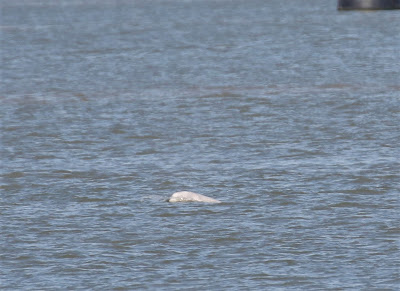 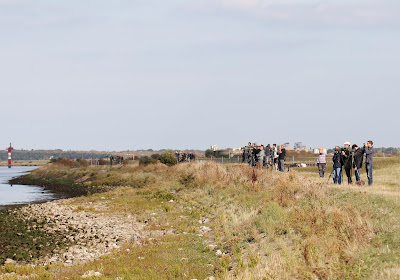 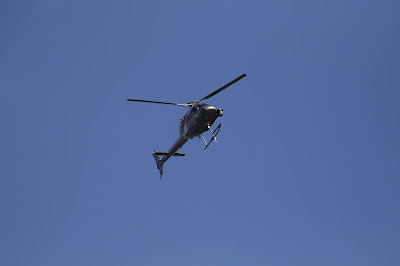 With a cold front moving through last night it was with no great surprise that a fresh arrival of migrants had arrived, and at long last a very good movement of birds overhead, the highlight of which was an Ortolan Bunting moving west at 06.50, calling continuously as it went. Despite hearing the call early, it took an age to come into view, and helpfully it didn't plough through, but circled a couple of times, although despite rushing to the phone for a sound recording, it then decided to head my way where the camera took over. Siskins were also evident as they moved over in small flocks, the first of the autumn and quite early. Grounded migrants consisted of a decent number of Pied Flycatchers, with a maximum of 8 on my circuit, but as to where the other 14 went I have no idea, but Pieds are well known for moving through quickly on migration, and I was in the wrong place and wrong time for this. Still, a very good species list today highlighting one of the better mornings so far this autumn. 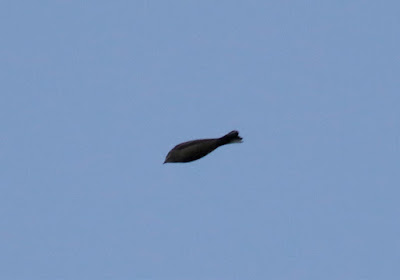 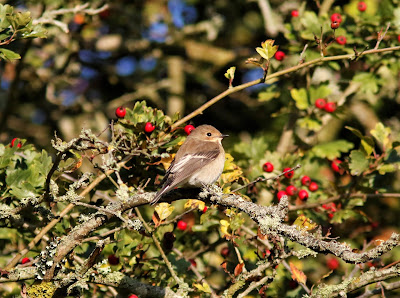 Well it was one year and one day since the last mega yank Wader was found in the Cuckmere, roll on that time and its happened all over again.

After a fruitless morning around Seaford Head and then dipping the Newhaven Barred/Garden Warbler, I was keen to hit the Cuckmere this evening as I hadn't visited since late last week. I had in mind finding a Cattle Egret as there has been a notable influx in the last few days, so it was fair to say the next few moments took me by surprise.

Scanning along the river I could see a small group of Dunlin, and happily mixed in with them was what I presumed was a Little Stint, however there were features that didn't tick the box, and my mind quickly reverted to this being a Semipalmated Sandpiper. I got pretty close to the bird and could see no obvious V in the mantle, and the bill appeared very thick set. I knew I had to capture the inner webs (or palmations) between the toes to clinch the identification, however the mud was distorting this feature as well as the fast nature as to which this species goes about its business. Tim Squire rocked up behind me with his better camera and over a series of photos, between us we captured the all important features, and bingo...…...I had found a Semipalmated Sandpiper (the 5th record for Sussex if accepted). My last BBRC find was way back in 2012 (Great Reed Warbler on Shetland) and so this has been a long time coming with plenty of miles walked in between.

Now all I had to do was tweet the news, WhatsApp the news and phone those who aren't quite up to date, and whilst I was doing this, the Semi-P took flight with the Dunlin and flew strongly south. It did later reappear but very briefly and up until dusk there was no further sign. Fingers crossed it's still present in the morning. 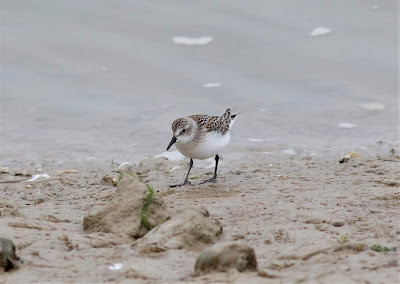 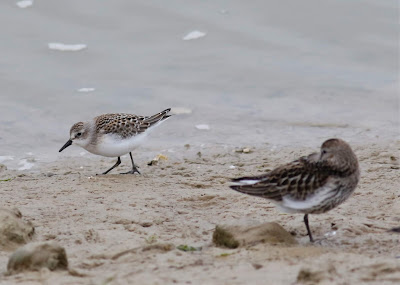 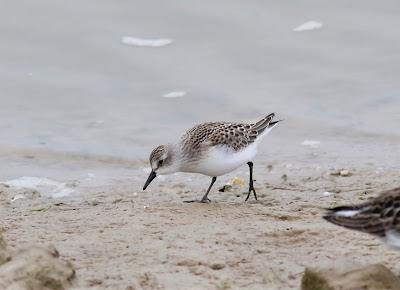 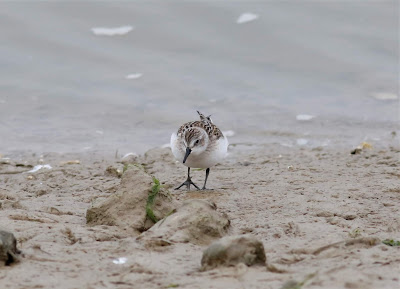 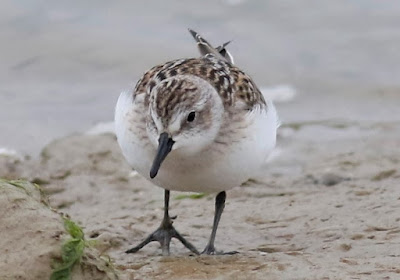 A slight change of scenery today. Areas covered included the Hotel Garden, Icky Ridge, Francis Bottom (incl. the Gropper Field), Cow Gap and Whitbread Hollow and back up through the rides up to the Hotel, alongside Richard for most of the circuit. Migrant numbers were however low and even Hirundines overhead took some time to get going. The Gropper field held at least four Grasshopper Warblers, although my bare legs took a battering to say the least. The only other bits of interest were four Redstarts and a short raptor watch afterwards with Geoff produced a female Merlin. A disappointing weekend and I wonder if it will get any better before my Namibian trip at the start of October, it can't get that much worse and still plenty of time to go. 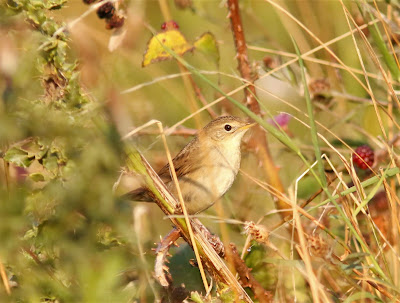 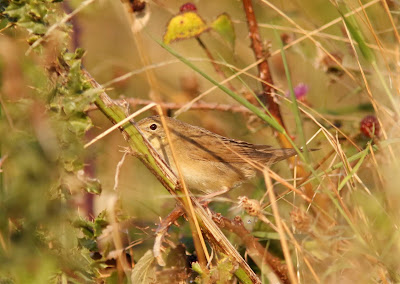 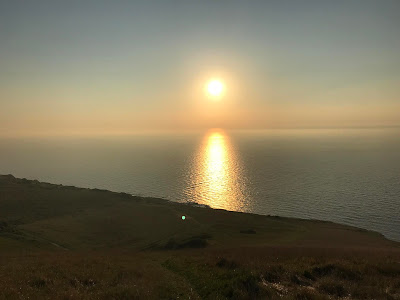 Despite a fair bit of anticipation for this morning it soon became obvious it wasn't going to be. A few small flocks of Yellow Wagtails and a continuous stream of Swallows moving east kept a bit of interest, whilst two Grey Wagtails overhead were my first this autumn. The bushes however were fairly quiet with three Redstarts and my first fresh Chiffchaff of the autumn was noted. Best came at the end of the circuit when a female Merlin was observed for a short time.

Afterwards I went over to Beachy Head for a spell of raptor watching with John & Doreen and Geoff, and later on Laurence. Very little moving however, though at around 2pm a loose flock of 28 Common Buzzards moved slowly east. A Firecrest was also seen in my favourite set of bushes, those between the Hotel Garden and Old Trapping Area.