A fairly quiet morning for grounded migrants, although there was some quality overhead with an adult Dotterel that initially flew east over Hope Bottom, then a few minutes later flying west and banking down to land in the sheep field. Mike O'Shea was along the cliff edge and saw it briefly settled before it again departed off east. My first Firecrest of the autumn was the only noteworthy grounded migrant. Mike also had a Pied Flycatcher. This weekend will hopefully shape things up somewhat. 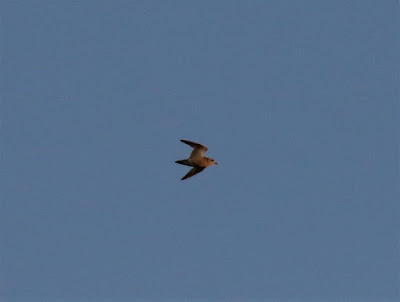 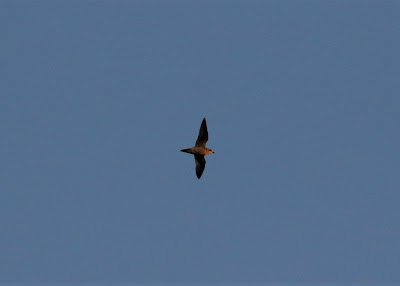 Another 9.8km walk around some of my favourite sites at Beachy Head was eventually rewarding, though with plenty of common migrants about it was always enjoyable. An adult Nuthatch in Francis Bottom was a surprise and looked extremely lost perching on top off hawthorns. After a very birdy session in Cow Gap a trio of Coal Tits were seen on the western slopes of Whitbread Hollow (first seen by Kris along the cliffs), and in the rides and the trail running parallel to Long Down were again plenty of common migrants including some Redstarts and Spotted Flycatchers.

I had finally reached the Old Trapping Area where Simon had also just arrived, and within five minutes he had spotted a Hobby, but more importantly a juvenile ringtail Harrier, and with the recent presence of a juvenile Montagu's either in the Beachy area or further west, I was praying for this bird to be that bird. It soon became apparent it was a juvenile Montagu's Harrier with prolonged scope views (thanks Simon for the use of your scope!!) for us both, and prolonged bins views for John and Doreen. After a depressing few weeks having dipped this bird a few times and spending many hours in search of it, the relief of finally connecting with a Sussex Monty was brilliant. 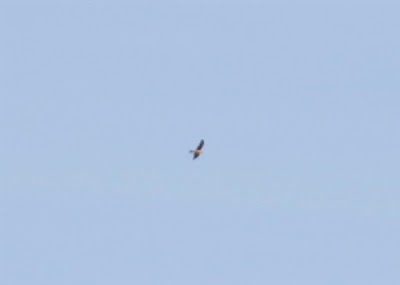 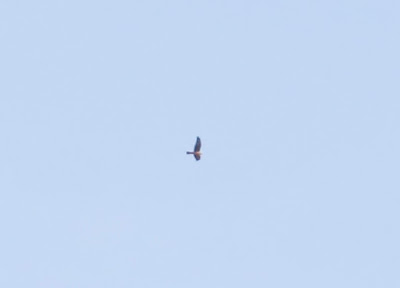 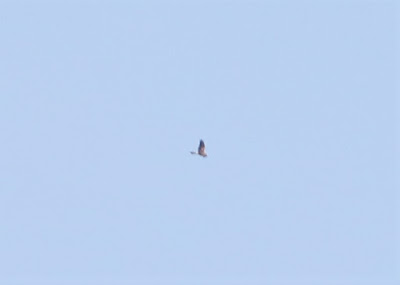 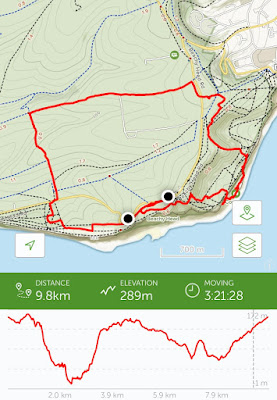 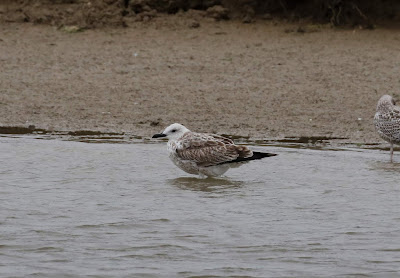 After a fruitless morning and early afternoon spent at Beachy Head where no Montagu's Harrier was to be seen, a walk down the Cuckmere this evening was more worth my time, as at long last the Waders have arrived. A juvenile Ruff was the main highlight as it closely associated itself with a large flock of mobile Dunlin. 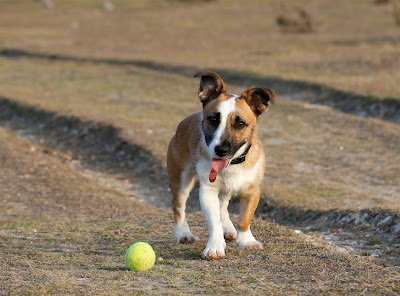 I wanted to continue the trend from the previous two years of seeing a yank Wader in the Cuckmere in the first week of September. Unsurprisingly this wasn't to be but a ringed White Stork provided some minor excitement, whilst the Waders of note consisted of singles of Black-tailed Godwit, Bar-tailed Godwit and two Whimbrel.

A Clouded Yellow and a radiata Small Copper were also great to see. 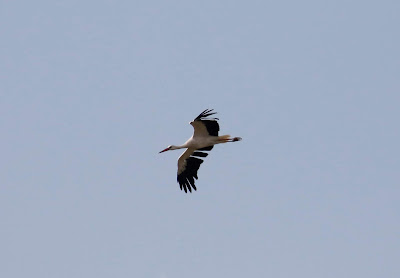 With an unprecedented influx of Boobies currently taking show in Cornwall (this influx involving a total of two Brown Boobies), it was only a matter of time that the tedious but somewhat satisfying annual Cornwall twitch was going to occur.

Despite the first Brown Booby (this being a sub-adult type) being in my eyes nearly impossible to catch up with at St. Ives, the discovery of a more obliging and therefore twitchable individual resulted in a plan being hatched, and during the late evening and the gruesome early hours of Tuesday night/Wednesday morning, I was driving John King and Chris Glanfield down to The Lizard, situated on the far flung parts of Western Cornwall.

We arrived before it got light and emerged after a short snooze to join the 50 people already scanning the rocky stacks below us. With many eyes awaiting a Booby entrance, I concentrated on seawatching but could only muster some reasonable sized flocks of Manx Shearwaters. Time passed the expected arrival time of the Booby with only a group of six Choughs to keep us occupied. The mood changed and an imminent dip was on the cards, let alone the early signs of hypothermia as I cleverly was wearing shorts and looked very much out of place in the very blustery and chilly conditions.

Mercifully the young Brown Booby flew in from the west and passed close to the headland on which we were standing upon and spent the next twenty minutes feeding in the bay to the east, at times affording excellent scope views, and despite the strong wind engulfing the ragged coastline, the Booby was seen hunting. Not quite as striking as the adults I've encountered in Taiwan or California, but a special bird to see in UK waters, and no doubt a unique experience that won't occur again anytime soon.

I arrived home at 4.30pm having left the site half hour after the Booby arrived as it landed out of site. Many thanks to John, Chris and Test Match Special for keeping me awake on the way back.