Its been a few years since I saw Purple Emperors in Sussex, so I made the effort on what is likely to be the last good day for a while. The Knepp Estate seemed the most reliable, and although its not the greatest place to find them low down, I had several nice views of 13 individuals including one on the ground. The usual other bits seen/heard during the four hours I was present.

On Saturday, a walk in the Cuckmere produced my first Common Sandpiper of the autumn, and the two young Oystercatchers are nearly ready to spread their wings. 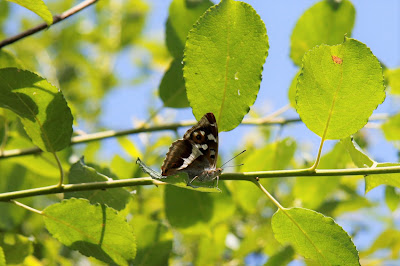 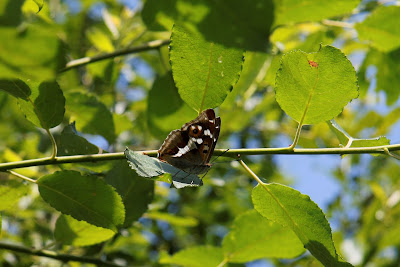 Another long hot day out in the Sussex countryside was very successful. I started at a private site where a male Honey Buzzard and male Goshawk flew through, and then the rest of the day was spent on Ashdown Forest catching up on some newly emerged Dragonflies (namely Brilliant Emerald and Keeled Skimmer) and a few different Orchid species, and a bonus singing Wood Warbler. A cone and a flake was also very welcome. 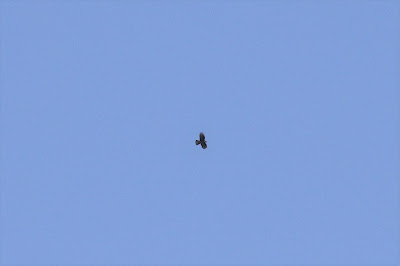 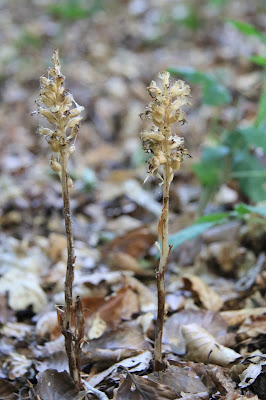 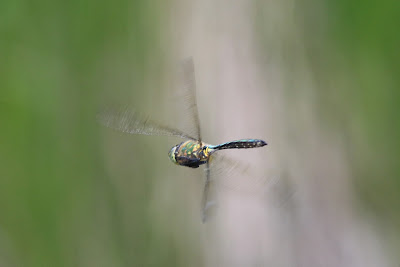 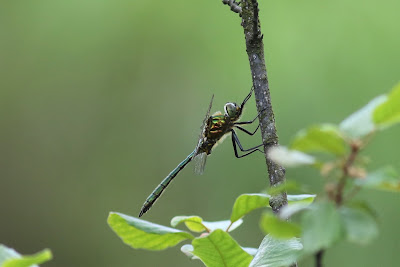 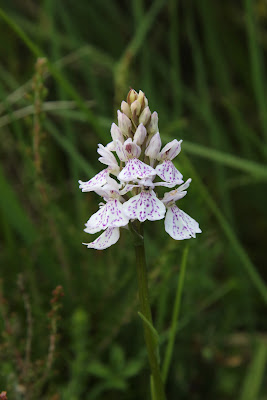 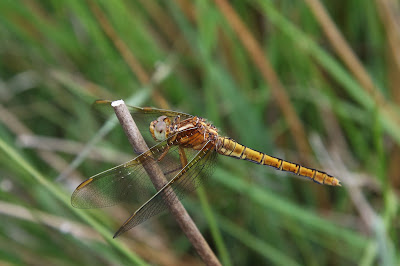 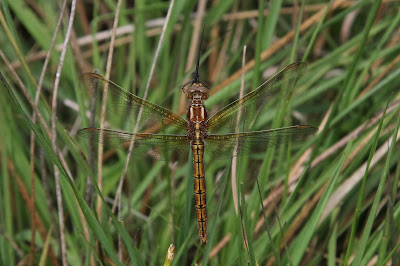 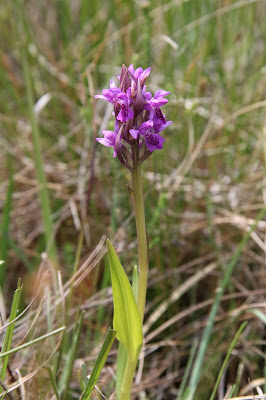 A brilliant morning was spent with Dad watching and photographing these superb Common Clubtail Dragonflies in West Sussex today. With sightings during the week (many thanks Simon and John) we were semi-optimistic in finding one, but to find up to ten individuals and for them to be showing so well was completely unexpected. This was a new species for me which now nearly completes the set for the UK Dragonfly/Damselfly list. 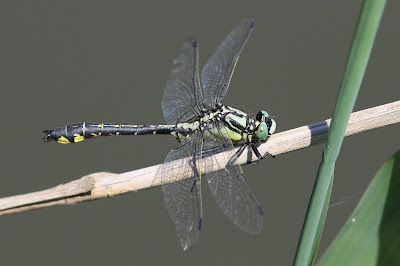 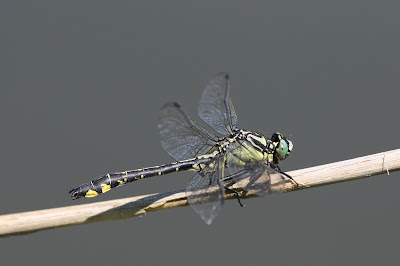 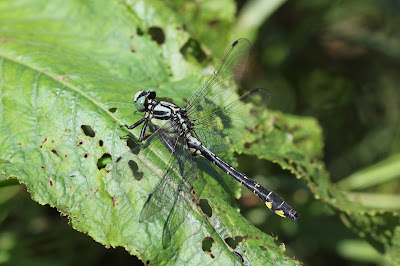 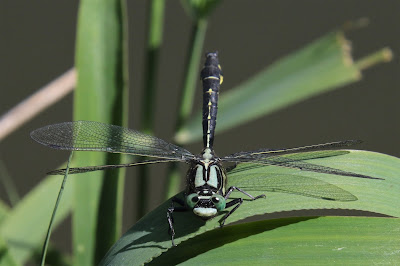 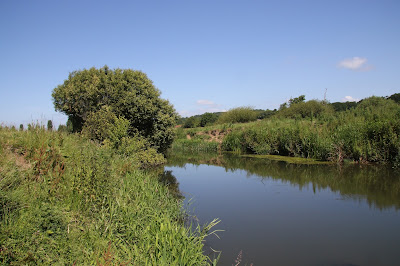 With news last night of the Elegant Tern heading east into Sussex from Hayling Island, I was in two minds whether to spend the day down in West Sussex searching for the bird, or positioning myself at a decent location so I could reach the area in quick time. I chose the latter and after nearly three hours of wandering around finding a few Orchids north of Brighton, I was photographing a Beautiful Damoiselle when a phone call from Jake came through that only meant one thing, the Tern had been found by Alan Kitson, but I wasn't expecting it to have been found at Church Norton. I legged it to the car for ten minutes and raced down towards Norton. 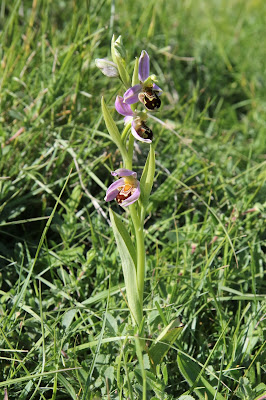 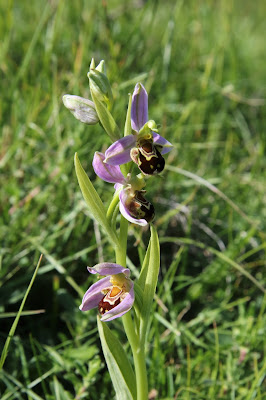 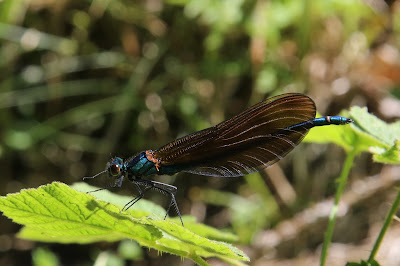 The Tern had disappeared straight away but when I had just passed Sidlesham it was re-found on Tern Island, and I screeched into a parking place along the Church Norton Road and yet again legged it to the beach where mercifully the ELEGANT TERN was on view just after arrival. It was only visible when it flew up and around from the vegetated island for twenty minutes when it then decided to strongly fly off way out of the harbour and out of sight towards Selsey. For once my plan had worked, as I wouldn't have seen it if I had stayed at home and waited on news. Not that any of this mattered however, as two hours later the Tern had returned and showed nicely perched in full view. 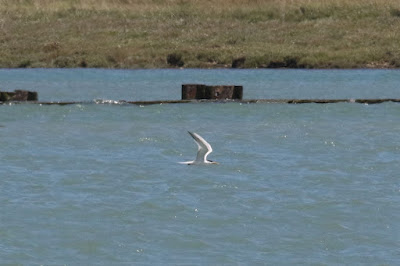 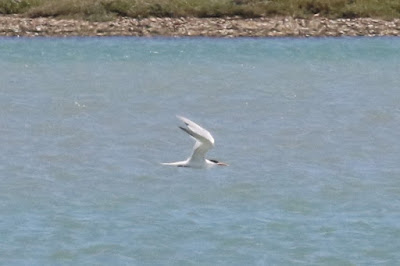 I then continued the Orchid theme with 130+ Musk Orchids on the way home, and then at sunset bumped into a very vocal Roe Deer. 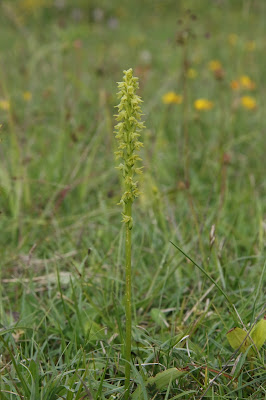 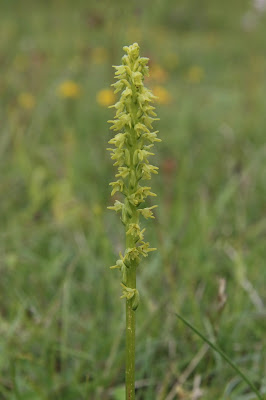 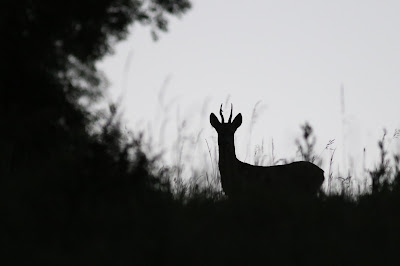 With plenty of Storm Petrels in Kent (unusual to be so many) in the past few days, this morning I was very confident in finding one off Splash Point despite only having seen two off here before (one in spring and one in the autumn). So I was pleased to spot one relatively close inshore only half hour from starting moving quickly east. Despite finding one quickly, this was sadly the only one in the three hours I (and soon to join me Bob Self) endured.

Having worked very long days all week, I could've done with a lay in, but I was keen to visit Pannel Valley (having not been there since the Wilson's Phalarope) at least once this time of year and thought today was probably my best chance of getting there. I left home at 3am and arrived shortly before 4am. A good range of species seen but sadly no scarce Warblers were found. I was however pleased to find a drake Garganey and a purring Turtle Dove.

Totals for Pannel are: 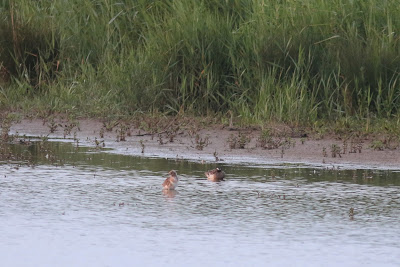 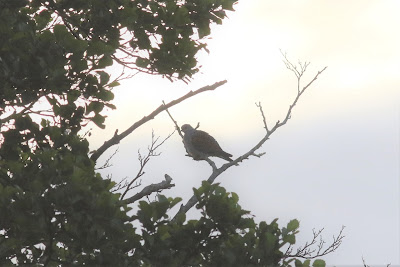 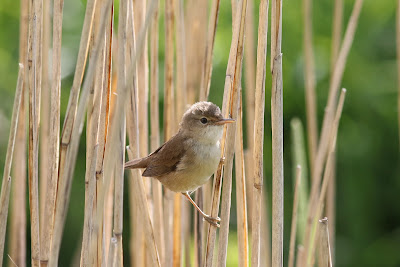 I quickly nipped over to The Midrips where I wasn't surprised at all to find the Black-winged Stilts had departed overnight.......they always do. I started heading home at 8.30am but stopped off at Camber quickly and happily found 47 Lizard Orchids, most of which were very robust and looking good. Closer to home I checked into Combe Haven where another Cuckoo was found but little else. 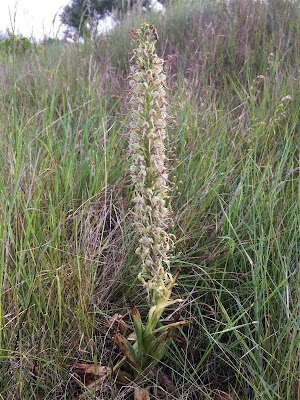 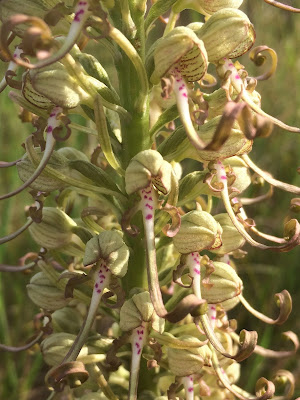 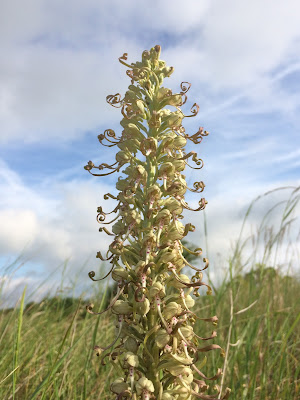 Undecided on what to do last Sunday, I soon found myself at the Knepp Estate, a site I hadn't been to before and plucked upon just to wander around and see where I ended up. I eventually found an area that hosted both singing Turtle Dove and Cuckoo, plus many species of Warbler including lots of Garden Warblers.

Probably the unexpected sighting of the morning were a flock of 16 Mediterranean Gulls flying high heading west.
Posted by Matt Eade at 05:51