End of a decade

The past ten years can only be described as 'action-packed'. It was back in 2011 when my foreign birding got underway, and since then a convenient job with lots of time off has allowed me to venture to all seven continents in the hope of setting my eyes on some of the most iconic birds and mammals on Earth.

Although birds have been the top priority when arranging the trips, on several occasions the land mammals have proved to be the top highlights. Such standouts include the following:
As difficult as it is to pick my favourite birds from the decade, below is the best I could come up with from the many fantastic trips I've been on.

On Saturday I visited Newhaven Harbour and was delighted to see the Great Northern Diver showing fairly close inshore. I then went straight to the Cuckmere and this time went to avoid the gull flocks to endure some proper birding. Even with this revelation I still couldn't get away from the Caspian Gulls as a first-winter was having a wash in the river. There was little about and so I cracked and checked the gull flocks on the west side finding three Caspian Gulls, with two first-winters again different from birds seen in the last few days. A third-winter was also present and of course the one along the river.

Friday 20th December - an afternoon visit to the Cuckmere produced a large gull flock and within were a minimum of eight Caspian Gulls, seven of which were different from the six seen yesterday.

Thursday 19th December - an afternoon visit to the Cuckmere produced six Caspian Gulls, viewing in what were appalling conditions. It was interesting to note my first second-winters of the period. There were some dodgy gulls within the flock, most of which I presume had some form of Caspian parentage, whilst one looked like it had some Glaucous parentage.

This weekend I was in Malaga with Paula where I ran the marathon there. Whilst on the run I saw a couple of Booted Eagles, many Crag Martins and heard many Serins and fewer Sardinian Warblers.

Back home today and it was all back to normal. A quick walk down to the Lower Cuckmere to check the gulls produced three Caspian Gulls in with the small flock perhaps containing as little as 500 birds. Six Yellow-legged Gulls and many argentatus were also present. A Little Grebe was also present on the small pool in the SW corner. A visit to the parents beforehand produced a male Blackcap on the feeders. 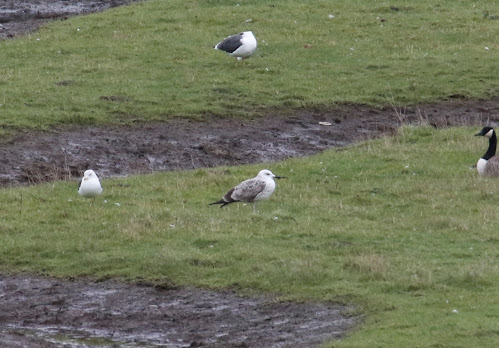 An afternoon visit firstly to the north of Exceat produced a superb Goosander along the river, that initially was perched on the exposed bank. The Pink-footed Goose was located in the fields here among the many Canadas, and a large gull flock contained a few Yellow-legged Gulls but little else of note. Moving down to the Lower Cuckmere produced more gulls, this time with more variety within the flock.

Having been occupied all week from visiting the patch due to work and other commitments, I was very pleased to see the Pink-footed Goose had remained in situ from Wednesday. The goose kept in with the Canada Geese on the fields to the west of the most western path in the Cuckmere, this being where it was found on Wednesday by Mark and Simon.

It's potentially as long as 24 years since a Pink-footed Goose was in the Cuckmere, with a single record from 1995 being the only one recorded in 'recent' times, and is therefore a welcome patch tick.

Due to the light winds and unhelpful tide times I could only find a single Caspian Gull in the flock, with four to five Yellow-legged Gulls also present. An adult Mediterranean Gull was seen by Brian before I arrived. 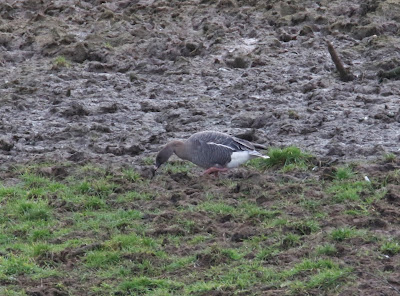 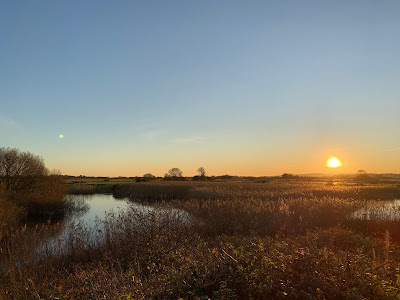 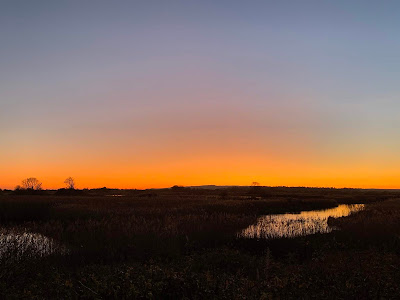