An early text from Chris Ball informing me the Glossy Ibis was still present at Horse Eye got me out of my slight hangover and i headed over to meet him.

Meeting up half-way along the track, a large, calling (sparrow-like) Pipit flew over. I immediately called out Tawny Pipit. We both watched it for a further 10-15 seconds before it landed in a sheep field south of the track. It was about 2 times larger than an accompanying Meadow Pipit, pale underparts, long tail and long bodied. I was convinced it was a Tawny, but Chris was doubtful about the call. We failed to relocate the Pipit, and doubt was still in the air, until a couple of hours later when past sound recordings of Tawny Pipit were listened to, and this confirmed that this bird was indeed a TAWNY PIPIT. A Sussex tick for me!!!

The GLOSSY IBIS also performed well eventually, and was last seen being mobbed by a Peregrine, though it landed safely and is still showing this afternoon. Also a Swallow flew over. 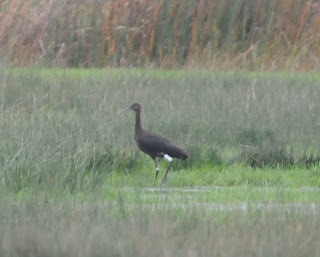 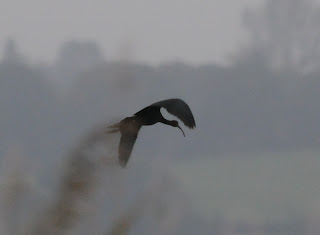 I visited Belle Tout Wood after and saw a couple of Firecrests, a very late Willow Warbler, Wheatear and a couple of Blackcaps.

News broke of an Eastern Crowned Warbler in Hertfordshire. I had only got to Lewes when news that the reservoir was permit only, and a key is needed to access. BUGGER!!!

Popped over to Beachy after work today, and managed to see a PALLAS'S WARBLER in Belle Tout Wood, and after saw a YELLOW-BROWED WARBLER at the top of the lane at Birling Gap. Also good numbers of Firecrest, probably outnumbering Goldcrests 3:1. 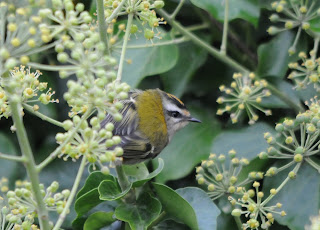 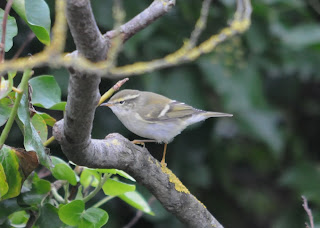 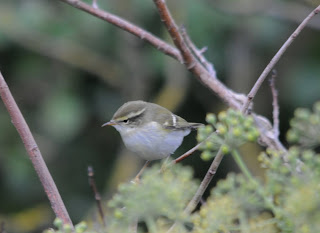 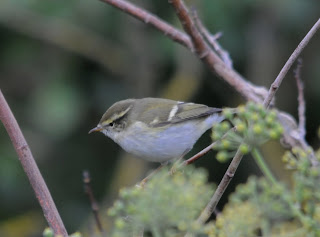 Went to Crowlink this afternoon to see a first for Sussex in the form of an ISABELLINE WHEATEAR. It showed all the time I was there and occasionally showed well. It's diagnostic upright stance was very noticeable, as well as the extreme paleness of the front and mantle, dark alula and in flight the typical tail band of Isabelline was seen. 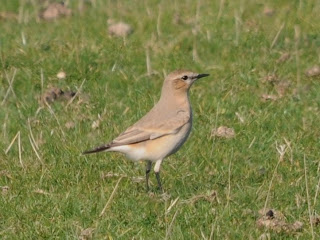 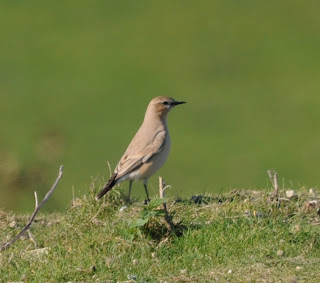 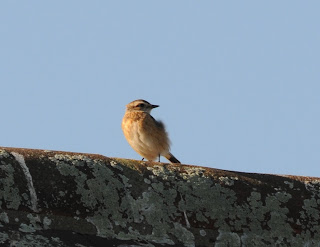 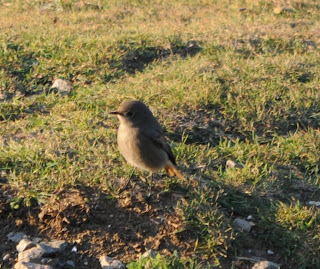 I saw my 2nd UK SANDHILL CRANE this morning at Boyton Marshes RSPB in Suffolk. It showed very well at times and was calling constantly. My 1st was on Orkney over two years ago, howvever the views were brief and distant, so i was very gald with the views today. The bird started off in Aberdeenshire and has made its way south over 8-9 days, so heres hoping it ventures into Sussex. 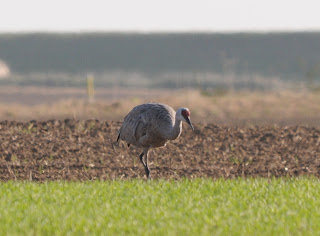 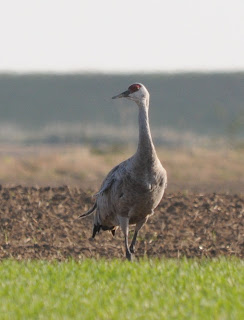 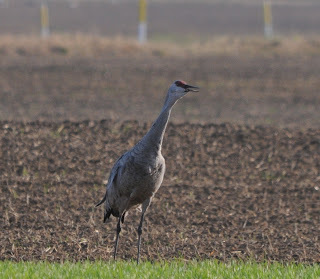 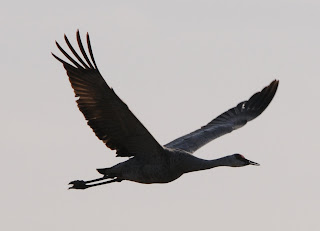 Sandhill Crane in Suffolk.
However the lifer for the day were the WILLOW EMERALD DAMSELFLIES along a small channel on the reserve. They didn't come close unfortunately but i managed a record shot. 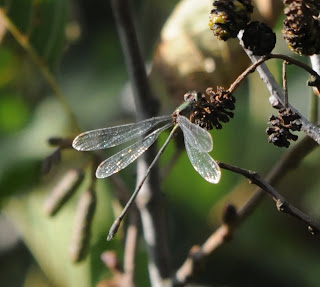 Another warm morning with a gentle south westerly breeze. Birds were low in numbers and only half the circuit got covered.
A Golden Plover flew over at first light, and other migrants were 22 Chiffchaffs; 7 Blackcaps; 1 Garden Warbler; 5 Wheatears; 4 Goldcrests; 10 Siskins and 5 Wheatears. 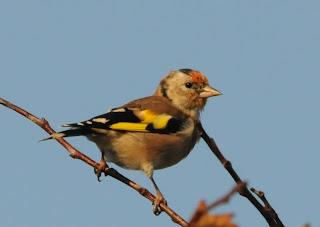 Goldfinch in Hope Gap.
Posted by Matt Eade at 10:38 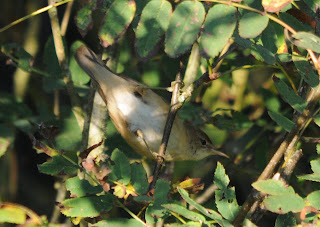