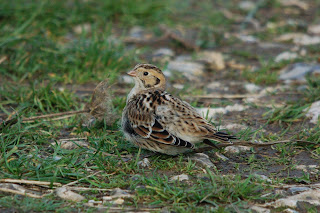 I know it isn't in Seaford, but i couldn't resist putting this photo of a Lapland Bunting seen at Pagham Harbour on today. It showed extremely well down to a few feet. Also close by on the Breech Pool was a juv. Spoonbill.
Posted by Matt Eade at 12:38 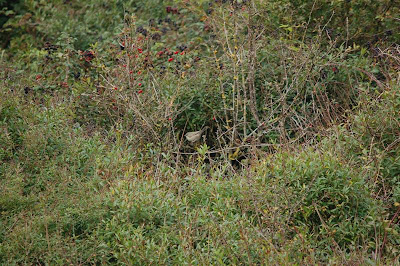 Finally a change in wind direction to a light southerly resulted in a good influx of birds.

The morning started of slow with only the usual Chiffchaffs and Blackcaps on offer, but at the seaward end of Hope Gap, whilst watching 3 Blackcaps, a much larger, blue/grey Warbler popped into view. A Barred Warbler. The bird however was mobile and very elusive, but i managed to get a few record shots. Waiting for the bird to show again, Marc Read appeared and shouted Icterine Warbler. This bird was also very elusive, until late in the morning when scope views were obtained of the Icky. Later on the Barred reappeared and showed well on and off all morning. By far one of the best mornings i have had up Seaford Head all autumn.

The Barred Warbler stayed for another four days, but remained very elusive. 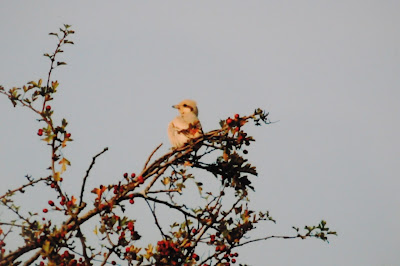