Last spring whilst on Mt Caburn photographing Burnt Orchids, Ewan Urquhart phoned me regarding a trip being put together for the Western Sahara, being organised by Steve Babbs. The main idea for visiting was to hopefully connect with the many exciting night mammals that occur along the Aousserd Road leading eventually into Mauritania, but covering almost the whole width of the Western Sahara. Such mammals include the Sand Cat, Fennec Fox and Ruppell's Fox, along with many other highlights, with the Western Sahara being the most accessible region to see these special animals.

Knowing about the exciting birds that one could encounter along this road meant that it took me only a few seconds to commit to this trip. Sadly Ewan was unable to make the trip and so it was myself, Steve Babbs, John Dixon and Jake Everitt.

We flew with Ryanir from Stanstead to Agadir arriving on the evening of the 16th February. Our hire car was a jeep and was surprisingly comfortable, and just as well as after landing we had a 16 hour drive down to Dakhla, our base for most of the week. Many checkpoints held us up on the way down, but my limited French seemed to help, but the same can't be said for Steve who had a classic Del boy moment when he asked what 'Orange' was in French at a supermarket one morning. The ridicule lasted all trip!

Due to the nocturnal element of the trip the entire mornings were spent sleeping, followed by a Tacos lunch (the only likely choice around), then stocking up on supplies (normally dangerously hard French bread and warm cheese) before finally getting on the 200km Aousserd road at around 4pm allowing three hours of birding before the night vigils of spotlighting.

This routine only lasted four nights as we couldn't be bothered to spotlight anymore, and with a 16 hour drive back to Agadir it was a sensible decision to spend the remaining two nights tracking back north, and what an excellent decision this was, as we came across some memorable migratory encounters and some class birds around Oued Massa.

This blog post concentrates on the birds seen during the trip including a few photos below along with a 'highlights' checklist. The mammals will be on the next blog post.

On top of all the highlights, we were treated to some fine migration whilst tracking back northwards back to Agadir. A couple of coastal spots produced two mammoth flocks of Spoonbill (120 & 350), a flock of Greater Flamingos, 'iberiae' Yellow Wagtails, streams of Barn Swallows and Red-rumped Swallows and also many Marsh Harriers and Kestrels. Photos below are in date order. 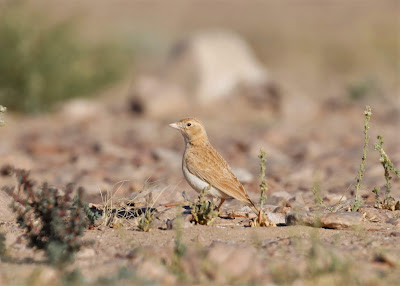 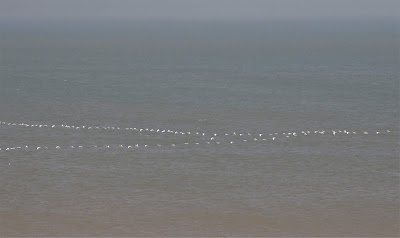 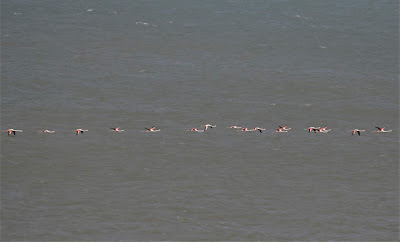 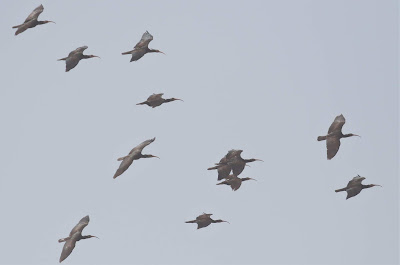 Yesterday whilst walking behind Peacehaven, at around 7pm a Tawny Owl started calling continuously in the scrub west and adjacent to the golf course. With the bright moonlight and my helpful torch, I obtained good perched views as it sat upon a hawthorn. This was my first Tawny Owl in Sussex for nearly three years, and certainly my first in this general area. Carrying on with the Owl theme, a Barn Owl was in its usual spot between Woodingdean and the AMEX stadium in the early hours this morning on my way to work.

After some lengthy delays today due to the freezing fog at Gatwick, I only had a mere twenty minutes to go ahead with my plan of trying to find a Lesser Spotted Woodpecker on my way home. After a deviation, I arrived at a large expansive forest and immediately upon arrival, I was positive I could hear some light drumming. Thankfully it was a Lesser Spotted Woodpecker, and a superb male at that. The sighting lasted maybe 15 minutes, by which point I was running late with the school run, and reluctantly left. Being the first day this year where the temperature has reached 13 celcius, I was fairly confident of finding a LSW. Any cooler and I might not have bothered, as previous years have also had this trend at a number of Sussex sites.

Off to the Western Sahara tomorrow for a week, with blog posts being added on my return. 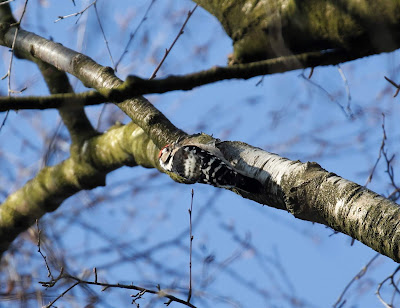 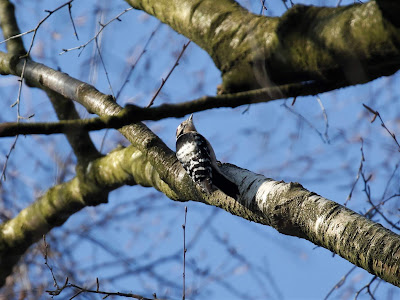 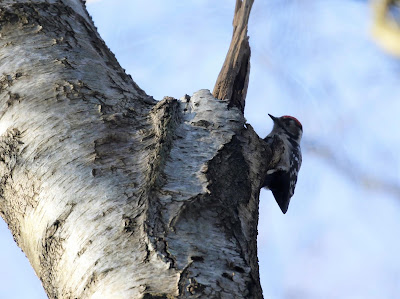 At last a day off coinciding with a lovely morning to be out in the field. This time of year is obviously very good for displaying Goshawks and I wasted no time in positioning myself over a large expanse of woodland in the north of the county, and straight away with the first scan a female Goshawk was seen displaying. Later on after a bit of a walk to try other viewpoints a male Goshawk was also seen well. Other raptors seen were two Red Kites, Sparrowhawk, Buzzards and a Kestrel.

Lots of other birds about and most were singing away and taking advantage of the fine weather. A male Crossbill was certainly the highlight of these. Five Bramblings and many Siskins were also found in the same area.

Afterwards I walked a superb looking valley hoping for a burst of song from either a Willow Tit or Lesser Spotted Woodpecker. Sadly neither of these but a Woodcock was flushed, and a nice group of Roe Deer were found. 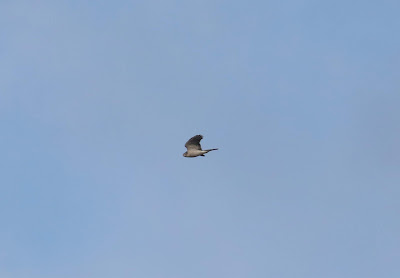 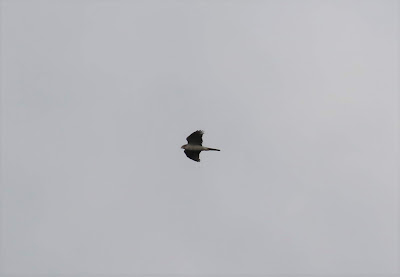 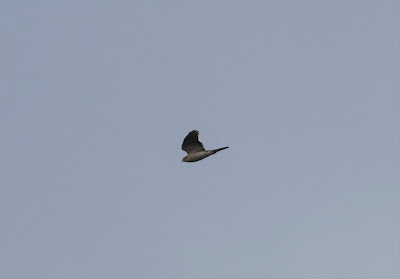 Another morning of feeling rubbish, and with it being cold outside I was in two minds whether to join in on the morning safari into Gir National Park. I decided I should give it a go as being gripped off at this late stage in the trip didn’t seem a viable option. The incompetence of India once again revealed itself as our allotted time for the Park this morning was between 6am and 9am, but it doesn’t get fully light until 7.30am, and with that we didn’t have long to find some Lions. For the first hour of the drive I was starting to wonder why I was bothering with the safari as we hadn’t seen anything and it was absolutely freezing. At a pit stop we all jumped out and like meerkats, stood straight and bathed in the morning sun hoping to warm up. Then out of nowhere, all hell broke when the guides and drivers started sprinting towards the jeeps, as a family of Lions had appeared within 30 metres of where we were standing. This of course proved to be chaotic as jeeps wrestled for position and all the drivers yelling at each other, all this going on whilst an adult female and a young male were play fighting up a sandy creek not too far away. Two smaller cubs then joined in, but with all the commotion, it wasn’t surprising when the Lions found another area out of view to chill and play.

During this spell of activity, I had discretely removed my camera and took a series of photos illegally, this being because I didn’t want to pay yet again the expensive fee. I got away with it anyway and left the park with some decent enough photos. All too soon our time slot had run out and we returned to the accommodation.

We had a few hours to chill before travelling to Rajkot Airport to catch our Air India flight to Mumbai. We landed in the early evening and went to the airport hotel about ten minutes away. The evening was spent waiting for our dinner to come and looking forward to seeing our last remaining target of the trip.

A very poor species list today with very few highlights, therefore no list for today, although the Asiatic Lions were brilliant. 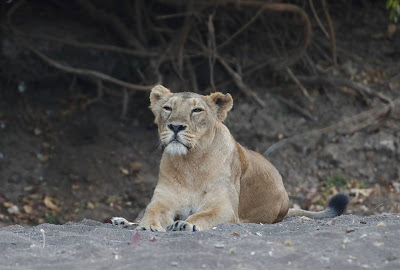 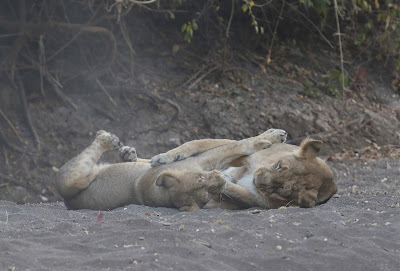 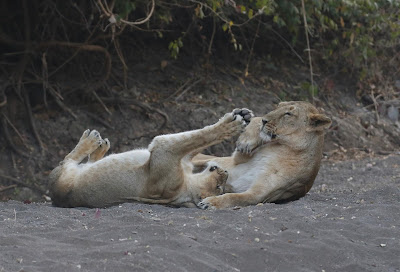 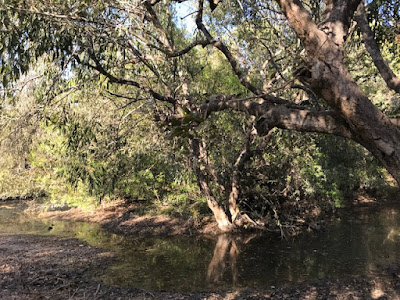 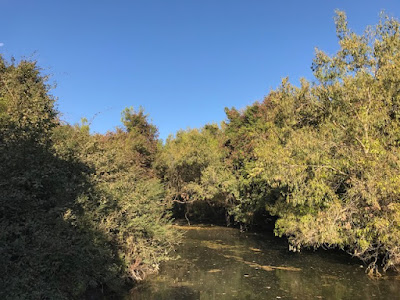 Our last full day and this was to be spent at Tansa Wildlife Sanctuary, roughly two hours away from Mumbai centre. We left the hotel in two taxis at 4am and picked up our guide on route. Our main target for today was the extremely rare Forest Owlet, a species that had gone off the radar for over 80 years. Thankfully new sites (Tansa for example) are being found to hold Forest Owlet, but it’s still classed as globally threatened. Being a diurnal Owl and an Owlet species, we found three birds with relative ease and heard two of the birds calling fairly continuously. Good views were had and a pleasing end to our target hit list.

Upon arriving at the forest, we were hoping to get a glimpse of one of the three Mottled Wood Owls that were calling near to us, but they were mobile and very difficult to find, and sadly dipped out, though a Jungle Owlet was my first in a few years. A walk through the forest over many hills and crunchy leaves produced a nice array of species, with a couple of bird waves containing Indian Golden Orioles, Large Cuckooshrikes and White-bellied Drongos proving to be a highlight of the early morning, whilst some Brown-capped Pygmy Woodpeckers were lovely to see, as were some Vigor’s Sunbirds, though I was disappointed to miss a Blue-capped Rock Thrush seen by Dan & Josh. Our guide was very pleased to see an Indian Vulture here, his first for his patch.

Quite a few hours were spent here before leaving early to beat the Mumbai traffic, and after lunch we headed back for the hotel where we went out for dinner, treating ourselves to a pizza (we had all had enough of curry) along the busy Mumbai streets. In the evening me and Josh said our farewells to everyone as they were catching an earlier flight then us back to London.

In the morning, Jet Airways were still in business and the nine hour flight went very quickly, helped by picking some very good seats, and with plenty of stuff to do. We landed more or less on time, and I got picked up by dad in Redhill after catching the tube and train, but refusing to catch a bus replacement service to Gatwick. I had told Paula I was back on the 30th, and so it was with some shock that I was home in time for her birthday on the 28th…….what a sweetheart I am!

It had been an excellent trip for the birds with all the key targets seen, and although we had some luck along the way, Asian Adventures were no doubt the main cause for our success. As always, the company was brilliant and kept my spirits high when I was feeling grim. I certainly won’t be rushing back to India anytime soon, and may never touch a garlic naan bread ever again!

Hope all who have read through this trip have enjoyed it or found it somehow of interest. If wanting to visit this region, I would suggest get there promptly, as most of the key birds will either be extremely difficult to find, or be extinct in the next few decades to come.

Highlights for the 26th are as follows: 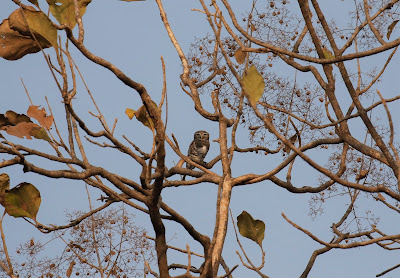 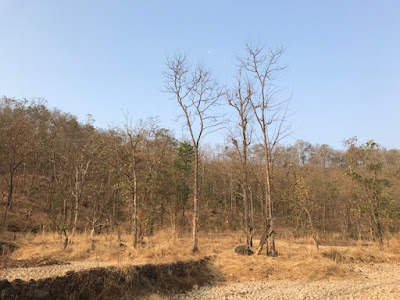