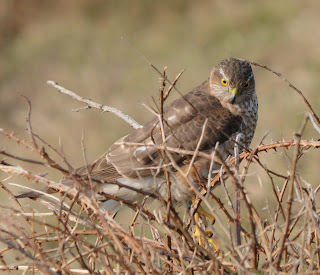 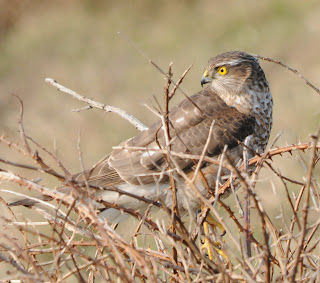 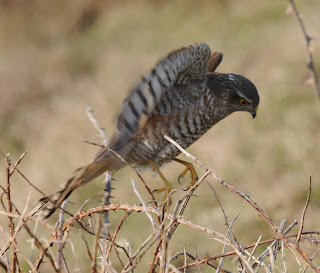 On Seaford Head this female Sparrowhawk performed well trying to get a Dunnock in a dense bush allowing very close views. Also there was a Wheatear and 2 Black Redstarts.

Very quiet on the patch this morning with hardly any new arrivals, however I did find an adult Iceland Gull on the sheep field at 7.43am. It stayed around for a couple of minutes before flying south west and out of view.
Elsewhere on the head there was a Black Redstart near the wood, a Chiffchaff, 2 Brent Geese in the Cuckmere and a Buzzard over. 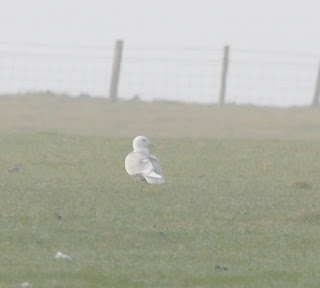 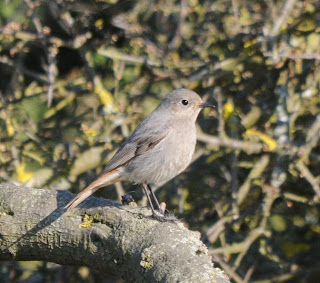 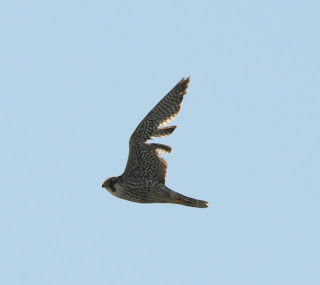 A nice day down in Dorset today with a couple target birds to get.
First up was the Richard's Pipit at Wyke Regis at the Bridging Camp. I walked the area several times including the rough field but I ddn't locate it, however a Black Redstart and Firecrest were seen.

I then parked up at The Value House and walked to the row of trees lining the Holiday Camp in search of the Hume's Warbler. I walked one stretch but couldn't find it, so I walked round the corner to search for the Pipit again and thankfully I heard the call as the Richard's Pipit flew over me and landed in the compound. A brief view on the ground was had before it flew off.

Back at the Hume's, I started in the SE corner and thankfully found someone looking at the bird, and soon after I was soon looking at a Hume's Warbler. I watched it for about an hour before having a full english breakfast at the Value House.

Portland Bill was next but not much was noted. A thin scatter of Wheatears were present and Shags were on the cliffs. Afterwards I had another look at the Richard's Pipit and had great prolonged views of the bird feeding.

I decided to head home after a successful day, and soon learnt that 2 Spoonbills were in the Cuckmere. Traffic was pretty good and I managed to see the Spoonbills from Seaford Head as they fed on the scrape. 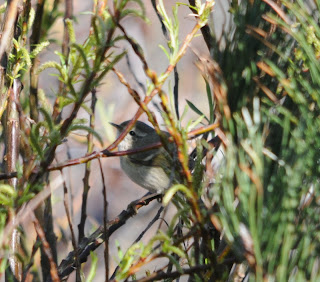 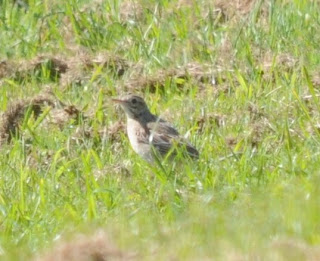 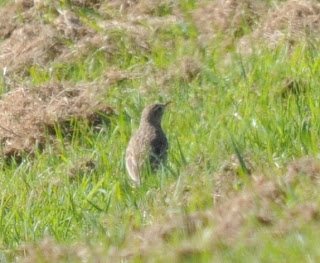 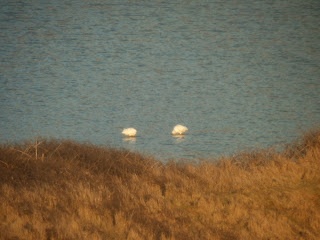 2 Spoonbills on the scrape, Cuckmere.
Posted by Matt Eade at 11:29

More cracking weather meant Seaford Head was on the cards this morning. Totals consisted of 3 Black Redstarts including a stunning male, 6 Wheatears, 1 Mediterranean Gull over and 48 Brent Geese over. 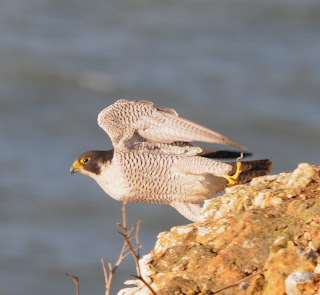 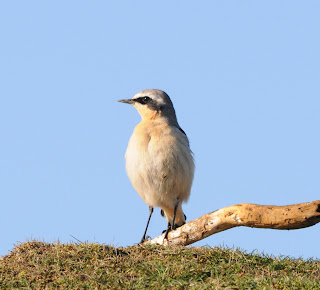 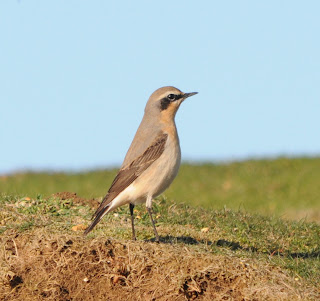 Wheatear on Seaford Head
Posted by Matt Eade at 08:31

A great morning down Splash today from 6.00-9.00 before work with finally a decent movement of Brent and a few nice year ticks as well. Totals are:

Also up on the cliffs above Splash was this lovely male Wheatear. 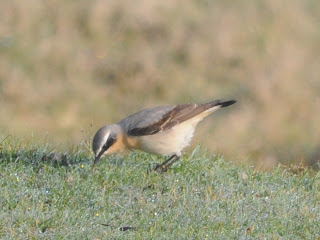 Today a quick hour down Splash Point produced singles of Great Northern and Black-throated Divers, and several Red-throated Divers offshore (Great Northern very close inshore). Not much else of note except a Red-legged Partridge running along the beach (my second patch record).

At the weekend I visited Hampshire for what feels like the 100th time this year. Started off near Hurstbourne Tarrant and eventually found 2 Willow Tits, and close by 5 Red Kites in the distance. One of the Willow Tits was in full song.

Afterwards I visited Hordle in the New Forest and saw the Rose-coloured Starling. 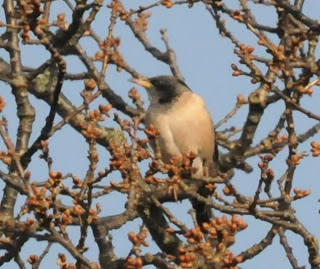 A good mornings birding starting in Maldon, Essex for the drake Green-winged Teal. Eventually found the place and soon found the bird mixed in with Eurasian Teal.

On my return home I stopped off at Staines Reservoirs and found a great selection of wildfowl. Most impressive was a redhead Smew and a drake Scaup and 5 Black-necked Grebes with 1 bird in full breeding plumage.
However spread across the two reservoirs were a total of 48 Goldeneye, very impressive. Also 4 Ring-necked Parakeets were perched up along the roadside. 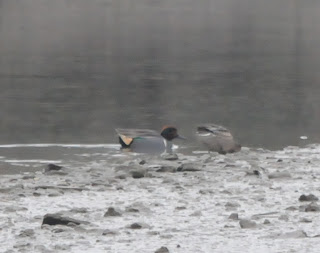 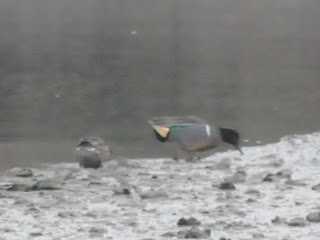 Saw the female Hooded Merganser at Whelsted GPs in Kent this morning with Jake and Mick. Quite a nice looking bird with a freaky haircut. Not much else about but was great to walk about in warm weather. 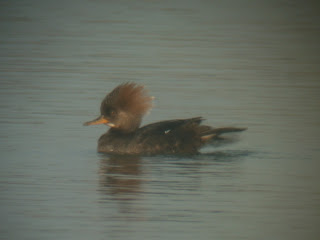 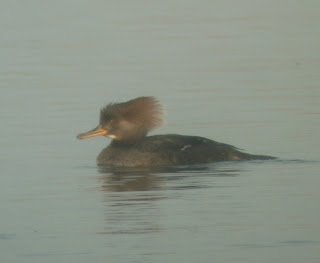 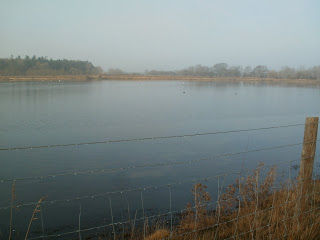