What set to look like a promising day for seawatching turned out to be disappointing for birds, although eventually the species tally was respectable and it was great to get two Poms with cracking tails. On and off rain meant the umbrella was yet again much appreciated. Other then that a good number of Manx Shearwaters were passing each way. Yet again good company!

I started down the Cuckmere today due to the fog but yet again failed to find anything of interest. My first Sand Martin of the spring was flying above the scrape, a Common Sandpiper and two Whimbrel were along the river, and a superb Hobby was flushed by Foxhole Farm and later settled on a fence post.

With news of a Pom past Portland just after 9am I started a two hour seawatch late morning and was rewarded with what could well have been the same Pom passing Splash Point. It was a fine bird with a huge tail, and came along just before some heavy fog sent me to the Ouse Valley.

Yesterday I spent the first half hour of light down Splash Point but very little was moving. I moved up to Seaford Head where at least 8 Wheatears were present along with a few newly arrived Willow Warblers.

I was on standby this morning so I couldn't venture out. By late morning I got bored and eager to catch onto the passage of Red Kites. I walked the cliffs between Peacehaven and Newhaven seeing a lovely flock of five Red Kites flying east at 12.34, and five Wheatears were also present. A Green Hairstreak was found in one of the hollows near the fort.

I spent the majority of the day lounging in the garden writing trip reports but no other Kites were seen.

This afternoon I cycled to the back of Woodingdean where only three Early Spider Orchids were present. Nine Wheatears were at Balsdean. 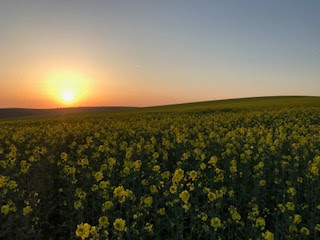 Walked the entire headland this morning in between seawatches and found absolutely no new arriving migrants whatsoever. The only notable species for me were Lesser Whitethroats in Hope Bottom. Splash Point was quite slow as well and I didn't keep a detailed count of birds, although Little Gulls and 'Commic' Terns were the most numerous. A Merlin was the main highlight at Splash Point flying in off the sea around 6.05am. 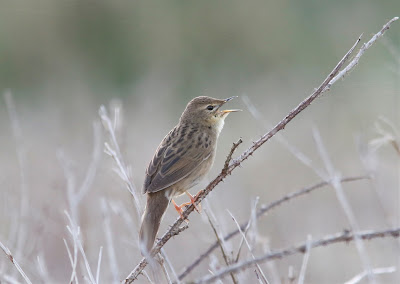 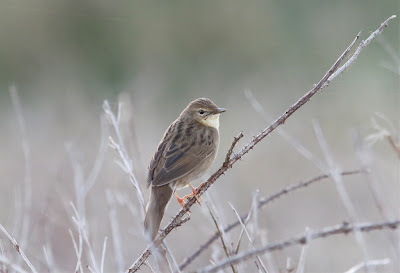 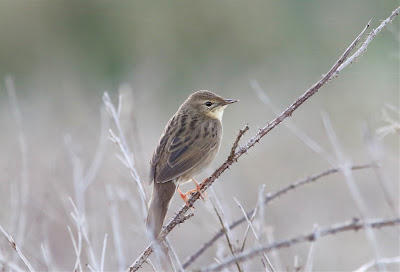 Another good seawatch today. With the slightly stronger southerly wind forecast it was bound to be a Bonxie day, and so that proved with over 50 seen during the period I was down there. Not only this, there was a good variety of species and in good numbers. Plenty of highlights also today that included a very close flock of nine Eider, some close Skuas including a flock of seven Bonxies, some superb Arctic Terns and Black-throated Divers and our first Little Terns of the year. Any day now for the first Pom. 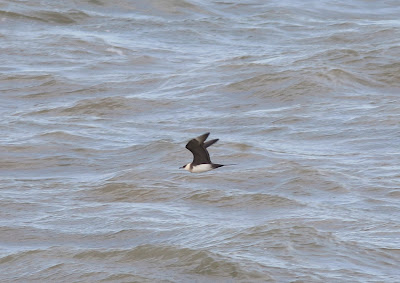 I was annoyed to have missed seawatching this morning, however I certainly made up for it this evening despite shivering constantly towards the end. After the rain, birds were in constant flow with the highlight being a good movement of Manx Shearwaters that included a flock of 11. Skuas were well represented as were Gannets and Terns.

Almost pleased to be going back to work as the five days have come to an end and all I have to show for it is finding 5 Black Redstarts. Not what I had in mind as I cast back to the memories of seeing Hoopoes, Great Spotted Cuckoo, Woodchats, Serins etc during this time of April in Sussex. Looking at the weather today looked promising but there was very little about.

The Cuckmere held a first-summer male Black Redstart and 3 Wheatears, whilst Seaford Head was dull, not even the Black Redstarts were present. I chilled in the garden all afternoon reading through Namibian trip reports as a few Buzzards were moving north bound, but were presumably local birds. An afternoon walk along the cliffs from Peacehaven to Newhaven Fort produced just a single Wheatear. 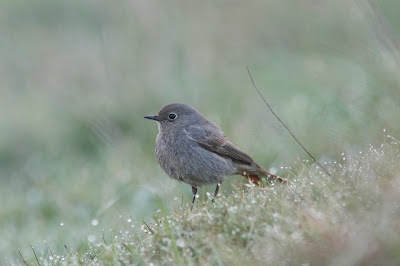 Slightly better today with a bit more variety. Down the Cuckmere first thing produced two Yellow Wagtails flying north and a Green Sandpiper on the scrape being the most notable birds. Phylloscs were at their most numerous for the first time this spring.

Next up was Seaford Head where there were now three Black Redstarts at Hope Gap and singles of Willow Warbler and Redwing. Graeme Lyons also had what was presumably the same Hawfinch in Hope Bottom.

This afternoon I took Pippa down to Rodmell Brooks where a Little Ringed Plover and Green Sandpiper were of note, whilst in the car park a Firecrest was in full song. Pippa was warn out so resisted on walking the cliffs to Newhaven Heights.

I started down the Cuckmere but not a single migrant was seen. Seaford Head was nearly similar but two Black Redstarts at Hope Gap were found, one of which was a male in full song. A male Wheatear was also present as were two newly arrived Chiffchaffs. 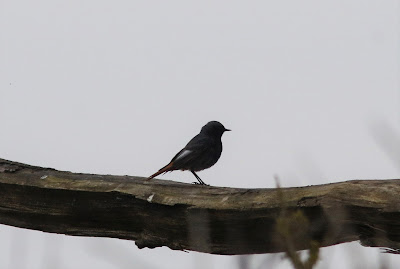 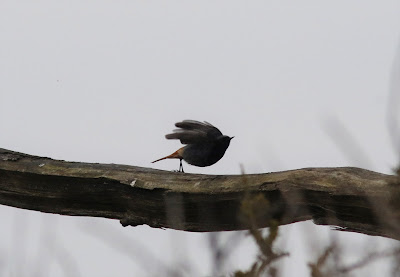 On this date 10 years ago I found a singing Grasshopper Warbler on Seaford Head where later that morning it snowed heavily and to date is the only time I’ve had a reeling Gropper in the snow. Not that this means anything, but a different Locustella was seen today and so brought back some memories.

With rain overnight and continuing into the morning I was keen to hit the Headland and Cuckmere early on in the hope of a fall, but sadly this wasn’t to be, although a Hawfinch in Hope Bottom was only my second patch record.  I then went over to West Rise Marsh late morning where the Savi’s Warbler showed briefly on a few occasions and once showed nicely in flight as a Cetti’s Warbler chased it around the reeds.

After this I had no choice but to wash a now very bedraggled dog and chill out for a bit whilst she dried out. I then walked the cliffs between Peacehaven and Newhaven where a Black Redstart was the highlight.

A slower seawatch then most days this week, however the quality was there today. By far the highlight for me was a Long-tailed Duck which is my first here since 2005 (and only my second record). Next up was a drk Scaup alongside a few Scoters that again was only my third record of this species here. And although not as exciting, two Egyptian Geese flew west, and again was only my second record of this species here. With these as well as an early flurry of Skuas, 8 Velvet Scoters and being called back on my way to the car for a summer plumaged Black-necked Grebe, it was a very productive session.

Totals between 6am - midday are:

I had to leave at midday as I had a free ticket thanks to Paula to watch Brighton at the AMEX, and as frustrating as it was with a 1-1 draw, it was my first ever premier league game, and being sat very near to the away supporters, it was great yelling abuse at them when we scored, although that didn't last too long annoyingly. 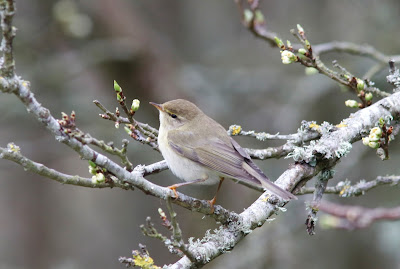 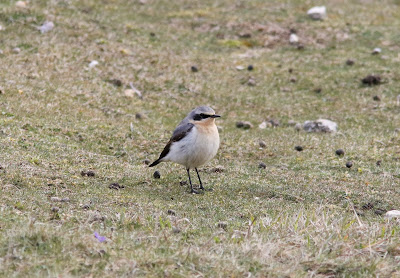