Greater Flamingo - ca. 75
16/6 - Currently en-route to Uganda so postings could be few and far between for the next three weeks.
Posted by Matt Eade at 19:37

Earlier in the week down the Cuckmere a Common Sandpiper was along the river and now a pair of Reed Warblers are hopefully holding territory in the SE corner of the scrape.

A walk with Paula behind Denton along Poverty Bottom produced an out of place singing Reed Warbler, as well as plenty of Small Blue butterflies.

On Wednesday after work myself, Ian, Chris, Dan & Harry went to Kent to search for a couple of rare Orchids, both of which I had seen before but not for some time. 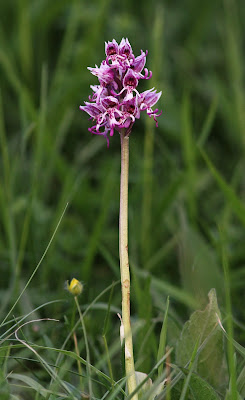 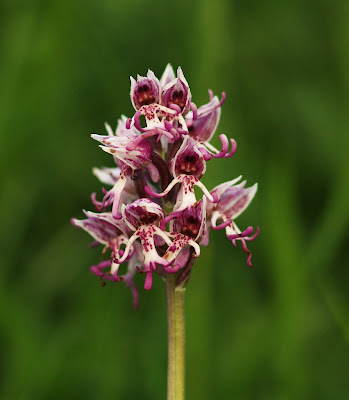 Monkey Orchids at Park Gate Down 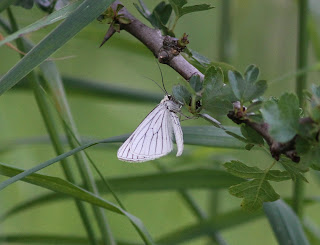 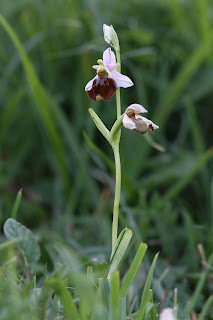 Despite working late last night, I was keen to hit the patch this morning as early June can be as good as time as any to find a goody. I arrived to a completely windless headland and felt optimistic. There were the usual suspects on offer as I walked down Hope Gap thinking anything of interest will be at the bottom. However, a distinctive song caught my attention a quarter of the way down, the very fluty song of a male Golden Oriole. Fortunately the bird sang continuously and loud allowing me to get several recordings over the few hours I listened to it. On the other hand the bird didn't show until roughly two hours after the initial find when seen in flight. It was seen a further three times (again in flight) around the Harry's Bush area before returning back to the Hope Gap. A very pleasing find after what has been a tough spring in Sussex.

Other then this excitement, very little was seen, apart from hundreds of Diamond Back Moths in the short grass and vegetation across the area which are a minor part of a mass arrival from the continent.

On arrival with low cloud were hundreds of Swifts flying just above the ground and meanders. At times they were using me as a wind shield and showing exceptionally well along the river bank. A Short-eared Owl was seen a couple of times around the saltmarsh and the singing Reed Warbler was still in the SE corner of the scrape. A juvenile Pied Wagtail was also nice to see on one of the saline lagoons. 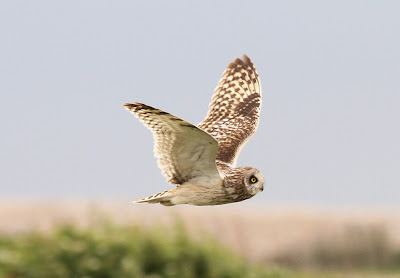 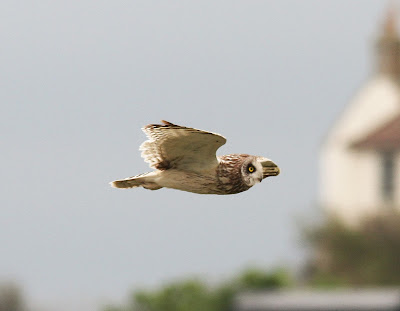 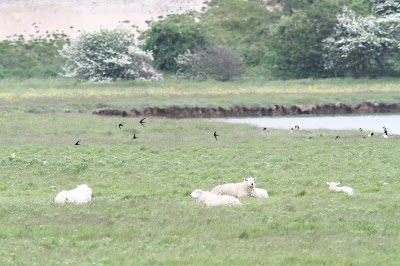 Swifts over the meanders