As always, this wasn't to be but I came off with a good haul of nice birds and feeling confident I had given it my all. Walking to the western seawall near the caravan site, there was plenty of warbler activity, with mainly Willow Warblers moving positively inland. The harbour had at least six Greenshanks present and a Redstart and a mixed warbler flock was next to the security gate. The first of ten Cattle Egrets was spotted amongst the cattle and at a distance, over the water, an Osprey was circling before landing on a post just over in Hampshire. A Barn Owl also gave an excellent fly-past and later on, another Osprey was over Great Deep where a flock of 7 Whinchats were also present, with another seen at Marker Point. Other then this, it was a case of the usual suspects and migrants, but a nice walk none the less. 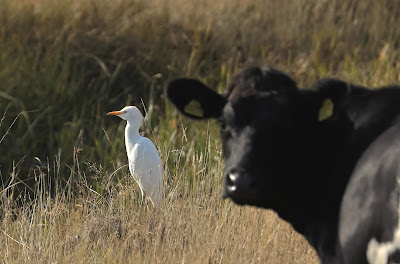 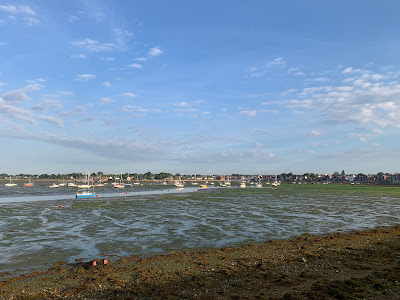 In the early hours of 31st July, I started the long drive down to Penzance, arriving at Drift Reservoir at around 7am. The main target here was the Least Sandpiper which had been around for a few days previous; the bird showed relatively well but always at some distance, but enough to discern all classic features of this American wader. A juvenile Garganey and several Green Sandpipers were also present.
I left here, met Ian and Jake briefly, before continuing onto Pendeen to do a short 2-hour seawatch before having to leave for the Scillonian. It wasn't too bad, with a few Balearic and Sooty Shearwaters, European Storm Petrels and of course heaps of Manx Shearwaters piling past.
It was then time for the Scillonian crossing to St Mary's. I met Ian and Jake at the quay and during the crossing we recorded the following:
Ocean Sunfish - 1
Risso's Dolphin - 6
Common Dolphin - 1
Cory's Shearwater - 3
Great Shearwater - 1
European Storm Petrel - 1
On Scilly, we stayed at the Rocky Hill Chalets, roughly a 20-minute walk from Hugh Town. During the course of the seven days I was on the islands, I did four pelagics, had a full day on Tresco and St Martin's and generally just chilled out, swam in the sea and eat as much as I could. Land birding was fairly poor expectedly for the time of year, with just a handful of common early autumn migrants and the Lesser Yellowlegs on Tresco.
The pelagics, organised as ever by Scilly Pelagics, were excellent and on each outing we encountered a number of large shearwaters, a few Wilson's Storm Petrels, but maybe best of all, were the Porbeagle Sharks rising to the service to check us out. We even caught a couple of 200lb+ sharks which were tagged and released, add to this the Blue Sharks too and a couple of Bluefin Tuna! One evening in particular stood out... after observing and catching many Porbeagle Sharks, our journey back in saw hundreds of European Storm Petrels in the slick with a decent sunset in the background.
Pelagic Highlights
Wilson's Storm Petrel - 8
Great Shearwater - 25
Cory's Shearwater - 25
Sooty Shearwater - 10
Long-tailed Skua - 1
Blue Shark - 5
Porbeagle Shark - 10
Yellow-legged Gull - 5 juvs 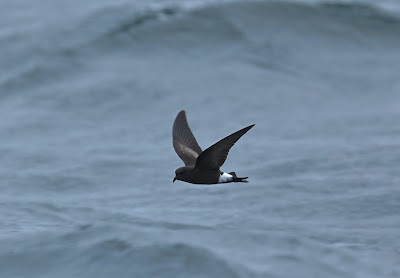 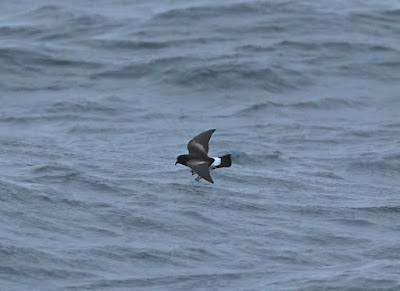 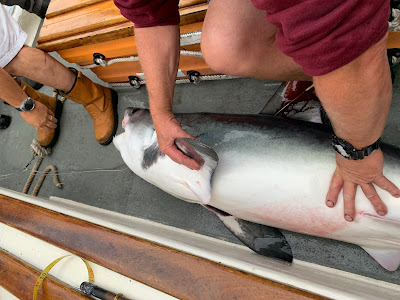 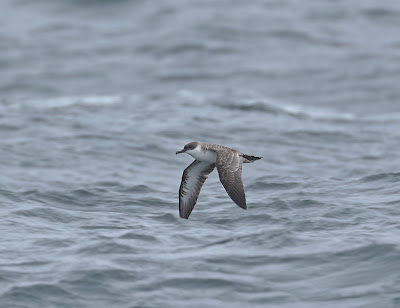 I was down in Sussex at the weekend, which happily coincided with a prolonged spell of easterly winds, so Pied Flycatchers were very much on the menu from the off. I paid two visits to Seaford Head and enjoyed a decent amount of southbound migrants, though nothing out of the ordinary was noted.

Combined totals for the Friday and Saturday mornings as follows:

On the Sunday, I gave the head a rest and instead went to see the Long-tailed Blue butterflies near Brighton. I counted six different individuals and was a superb ending to my time in my beloved Sussex.

Other than this, a few swims in the sea and a Badger watch with Dad at the back of Seaford were the only activities, the latter finding four Badgers, a Fox and a super cool moonrise.

What was meant to be a relaxing day at the seaside, actually turned into a day of slight compromise to allow me to go and twitch the Cape Gull at Grafham Water – a first for Britain no less! I arrived at around 5pm and enjoyed excellent views of this subtly striking gull, a species which I've seen plentiful times in trips to South Africa and Namibia. 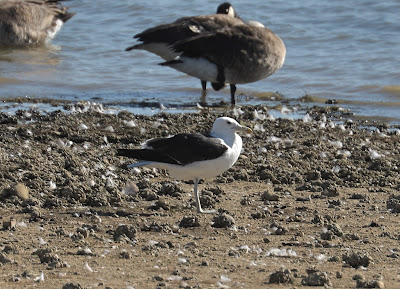 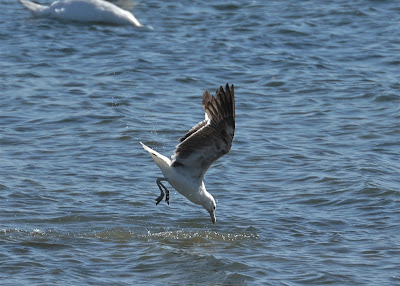