After a month away, it was brilliant and revitalising to be back on the patch. I started off at Splash Point where I arrived just as it was getting light and immediately found a Black Redstart, which was soon enjoying the heat of my car and wouldn't come out from underneath it... it finally did once the engine had cooled down.

There was no sign of the Purple Sandpiper, so I visited the Upper Cuckmere and found a trio of juvenile White-fronted Geese on the first field north of the A259. However, despite further searches up and beyond Litlington, I couldn't find any further geese, so I headed to Arlington where the Snow Bunting showed admirably; a Black Redstart was also along the dam wall briefly.

Lastly, the Cuckmere gull roost produced an adult Yellow-legged Gull and an odd hybrid Caspian-type that looked good for a grim German Caspian, until it revealed a pure dark underwing, so I left it!

Jasper got a long walk afterwards, before I made the drive back to Hampshire. 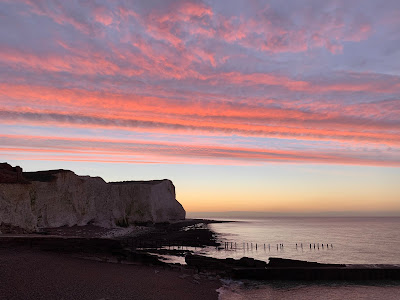 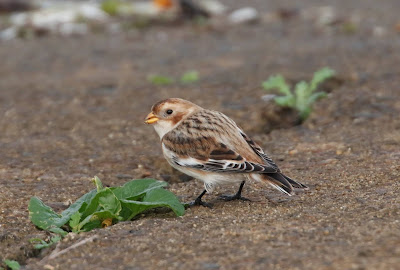