I left mine at 1.15am and picked up Neil then Mick and headed north. We arrived in Lancashire at 6.30am and waited for some daylight to arrive. Very soon though we were admiring the stonking Pallas's Warbler in a small garden at Knott End-on Sea.
However we were quickly back on the road and heading to Fife. 4.5 hours later we arrived and thankfully saw the Eastern Olivaceous Warbler at Kilminning Castle. Only brief views were had, but good enough so we quickly moved just around the corner where eventually, a very skulky Radde's Warbler showed.
A further 1.5 hours in the area produced brilliant views of both the Olly & Radde's, and also a Red-breasted Flycatcher. A great day with some great birds. I arrived home at 11.30pm having driven 1120 miles.
I have now reached the target of seeing 300 species in a year, but I won't stop until the end! 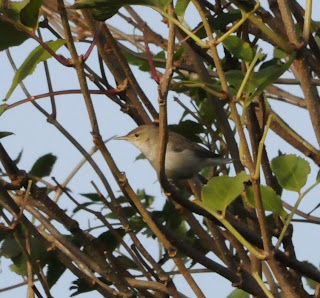 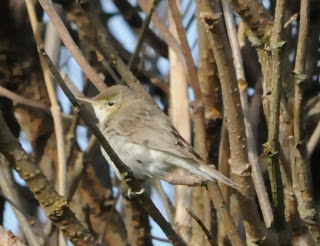 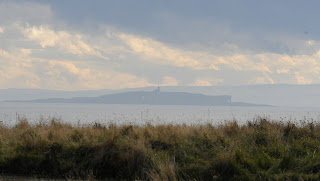