Yet another mega seen this spring seen with Jake in what has felt like a continuous stream of successful twitches. Logistics for this twitch were more straight forward then expected with Ewan arranging a charter boat and kindly asking myself and Jake to join him. It didn't take much persuasion and on Wednesday afternoon, we were on our way to the valleys of NW Wales. 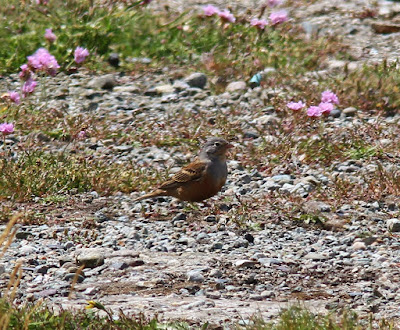 For once, we stayed overnight at a nearby hotel and were all fresh for the bumpy and quite damp boat crossing to Bardsey the next morning.

Around 90 minutes later we were on Bardsey and arriving at the lighthouse, the Bunting was immediately on show.  Not only this, the sight and sounds of Chough circling around nearby was brilliant. 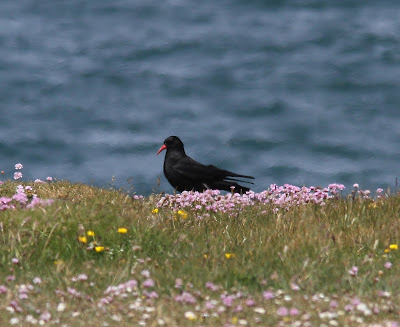 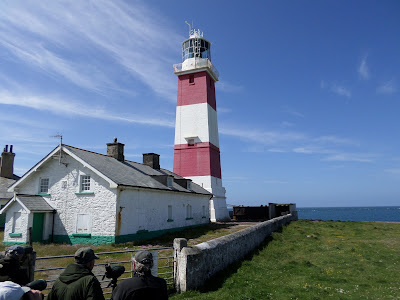 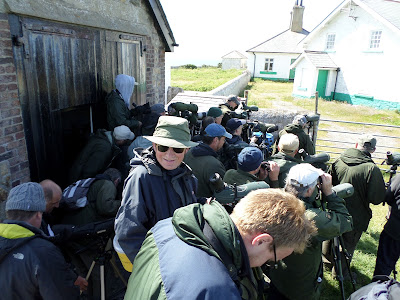 The Bunting showed on and off over the next three hours, where we finally left allowing the next boat load to enjoy the bird.

Other bits seen on this great island were Grey Seals and a Thrift Clearwing (a very rare moth). On the way back a playful group of Bottle-nosed Dolphins joined us briefly as we cruised by, and a stop at the 'Puffin Island' was nice to see, unsurprisingly seeing a large number of Puffins.
This is the joy of twitching for me. You get to go to areas of the country you would never visit, and see such a wide range of different species of all sorts whilst there. The Bunting was superb, but the Dolphins, Choughs, Puffins as well as the dodgy sailing across made this a memorable adventure. 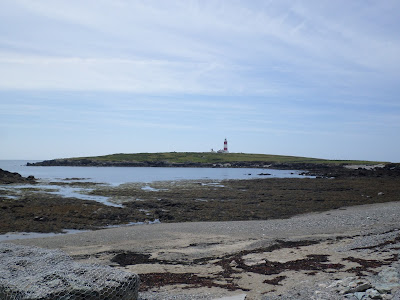 The car journey back home took just under 6hrs 30mins. Many thanks again to Ewan for inviting us on the charter!! 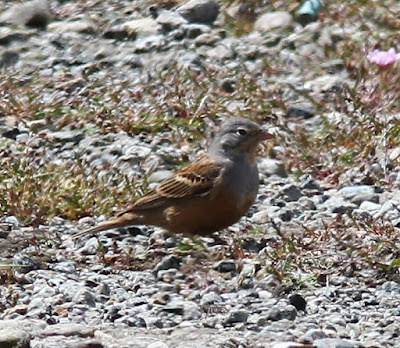 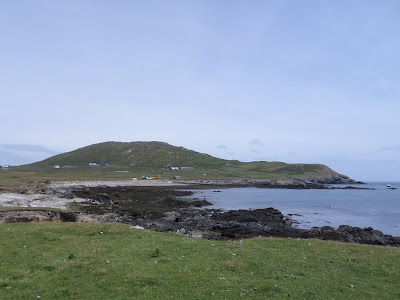 the hill where the Bunting was originally found.