Having been very frustrated by the presence of a Twite on Sunday afternoon and dipping that evening, then again trying on Tuesday for a few hours without success and having to work all day yesterday I thought my chances of re-finding the bird were poor. However, this morning I was going to give it one last chance as the exact co-ordinates had been released by the original finder. Arriving at the spot along the west river bank I started to walk the patch of short vegetation when I suddenly noticed just in front of me on a small twig the Twite. I was amazed it was still here and also showing so well. I quickly took some photos and climbed back onto the river bank as not too disturb it and released the news. A fantastic bird and a long overdue Sussex tick.

Also of interest, the juvenile Glaucous Gull found on the 12th January and not seen subsequently made a re-appearance when it was found chilling out by the meanders.

Including these, the highlights from this morning were: 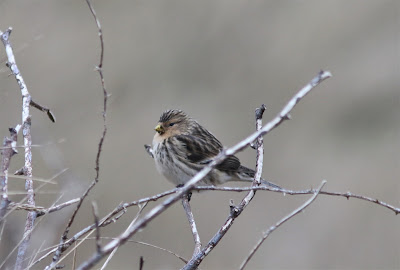 2002 was the last documented record of a Twite in the Cuckmere when a pair were seen in early October. 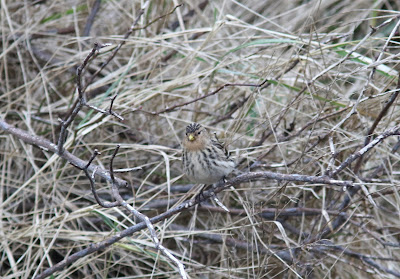 Twite - a Sussex tick on the patch was very welcome. After being away for the 2005 Peacehaven bird and 2010 Selsey birds, I thought my luck may have run out, so mightily pleased to see this. 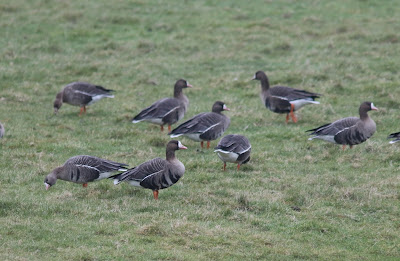 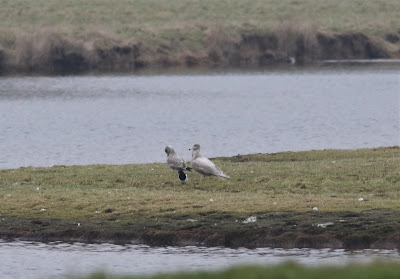 the returning juvenile Glaucous Gull. The pale area on the mantle instantly recognisable

Whilst searching for the Twite on Tuesday, there were 2 Gadwall on the meanders, and 44 Golden Plover flew over. 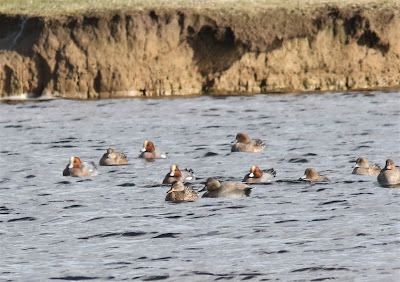 two Gadwall on the meanders - a good record here 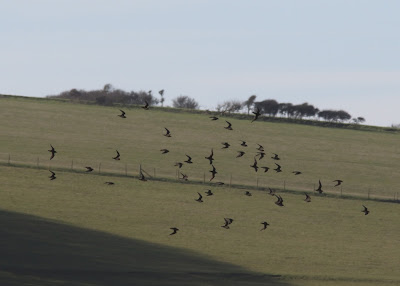 Golden Plover over the Cuckmere - twice in two weeks now a large flock of Golden Plover have flown over. With few known roosting sites nearby I wonder where they had come from or going to.