An interesting evening on Seaford Head with lots of fly-catching Blackcaps in Hope Bottom, a single Spotted Flycatcher and my first group of Brent Geese heading west. A group of five Grey Herons were spotted at a very high altitude calling as they came from the north, circled above the headland (attracting another from the beach that soon joined the others) and were watched until lost to sight heading straight out to sea. Back at the car park a very large Bat flew over.

In Peacehaven tonight I heard a Common Sandpiper flying over. 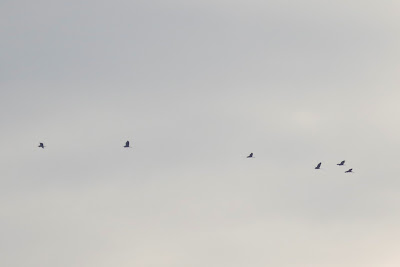 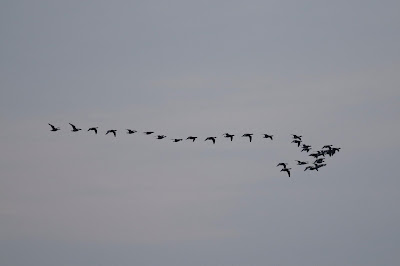 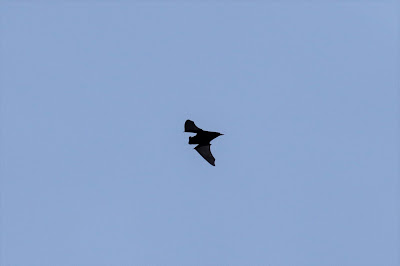 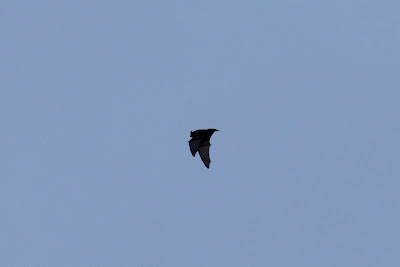 Noctule Bat over Seaford Head - Many thanks to Chris Glanfield for the positive id. This species is classed as uncommon but widespread in Sussex.