Just after arriving on the Head this morning, it soon became apparent that there was little going on. Apart from a good scattering of Whitethroats, there wasn't much in the way of anything noteworthy. That was until I arrived near to Harry's Bush, where I soon found a lovely trio of Pied Flycatchers. They showed rather well and were a real treat to watch; a Spotted Flycatcher often associated with the trio! With such a nationwide influx in recent days of Pied Flycatchers, it was great to see they had reached the patch.

Last night at Cuckmere Haven, I was pleased to find my second Wood Sandpiper of the autumn, though this bird was far from tame, unlike the one from a few weeks ago.

Yesterday morning, I guided a family around Pagham Harbour. A Pied Flycatcher was near the visitor centre and the Wood Sandpiper was still on Ferry Pool. 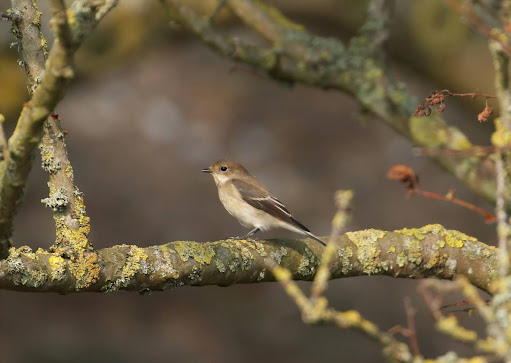