On Sunday, Sara and I parked up at Arundel and walked a lovely 16-mile route, taking in the Arun Valley and the Downs up to Chantry Hill, then down to Amberley and back downriver.

There were many highlights along the way, though sadly, and not surprisingly, there was no sign of the Pallid/Montagu's/Hen/Northern Harrier seen on Monday (12th), but we were treated to the wonderful sighting of Boxing Hares! This was a first for both of us and the boxing lasted up to half-an-hour.

Later, whilst walking the ridge between Kithurst Hill and Amberley, I somehow spotted a very high White-tailed Eagle; I later learnt, thanks to LP, that this bird had flown down from Scotland in the preceding few days, being seen in Kent, East Sussex, and my sighting, before arriving back onto the Isle of Wight. The bird stayed in view for five minutes as it got held up by an incoming snow shower.

Elsewhere, seven singing Firecrests were noted along the 16-mile route, but no grounded migrants whatsoever! 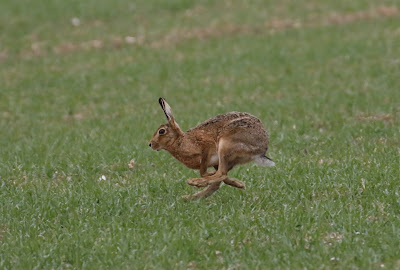 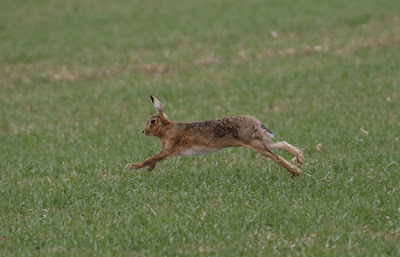 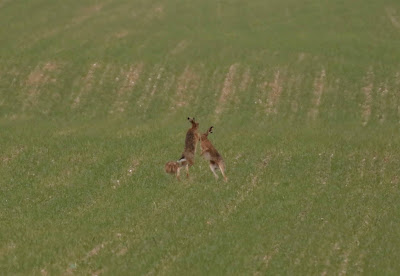 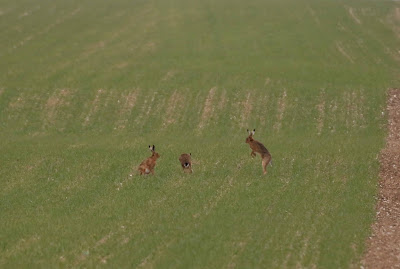 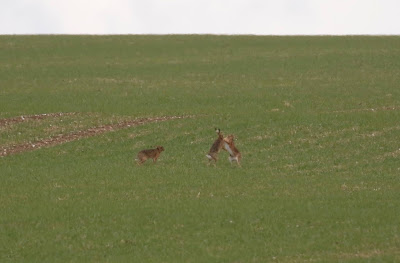