The past nine days, I've been leading a Naturetrek group on Shetland... undoubtedly my favourite place in the entire UK. It was generally a quiet week for scarcities turning up, but thankfully some had lingered from previous weeks and we managed a respectable list of decent birds, including the following:

The 'trip' for me was saved until our last day, and really, our last few hours when at Dale of Walls (where I saw a Lanceolated Warbler back in 2015) in West Mainland, I was walking the burn and trapesing through the iris beds and rank vegetation when I heard a Redpoll calling. I turned to notice a finch flying towards me, although above the horizon I couldn't make out any features... that was until it went below the horizon, then boom!!

Immediately obvious was the striking white rump, and combined with the rather chunky impression, this had to be a Hornemann's? It then landed on a stone wall parallel with the burn, which is when it became obvious, and I turned to my group and yelled out "Arctic Redpoll on the wall" and hoped they picked it out. I fired off a number of photos, both settled and in flight, whilst trying to direct my group onto the bird. Thankfully, some saw it, but in the process of turning and general panic, we all lost the bird and presumably it had flown off down the burn. Despite walking up and down the stone wall and adjacent areas, we frustratingly couldn't find it. Thankfully the images obtained look sufficient enough for me to claim this as a Hornemann's, and importantly, a self-found BB rarity. 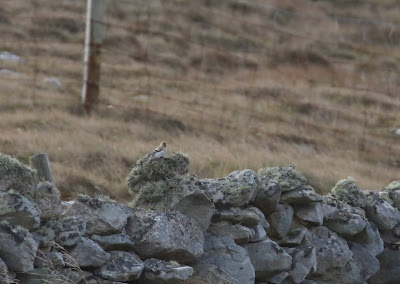 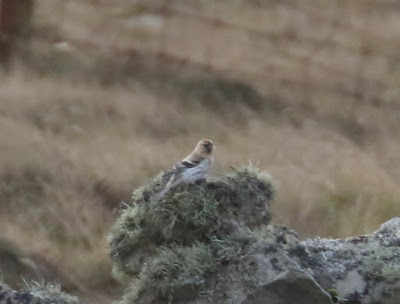 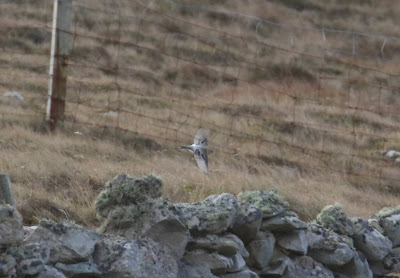 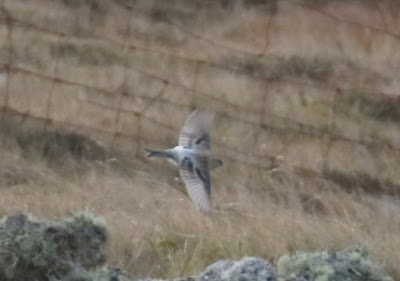