Started the day down Splash Point where there was a steady movement of birds passing. Great Black-backed Gulls were flooding through but weren't counted, though the following were seen between
8.05-10.05: (all birds flying east, hardly any westerly movement noted)

The above totals prove how bad Splash Point is for westerly movements of birds when compared to Beachy Head's totals, for example 515 Gannets west. Bring on the spring!!

The Gull flock down the Cuckmere was sufficiently larger than recent days and consisted of two Caspian Gulls, one of which was a first-winter and considered to be the same individual from Boxing Day. 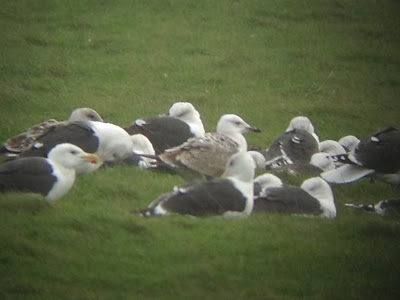 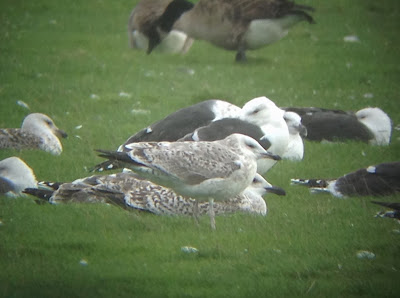 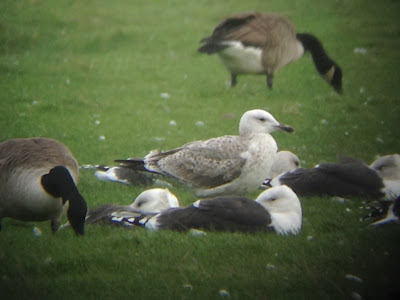 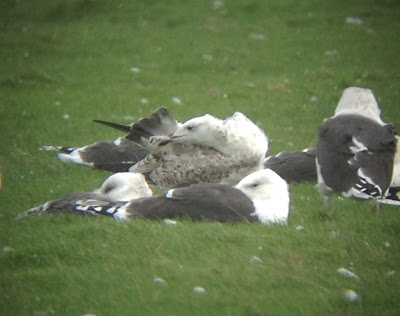 this Caspo was picked out straight away and I managed to get quite close to it. When watching this bird I thought it was a first-winter, but after being told that it could be a second-winter and after circulating the images, it appears that this bird could well be a second winter, though I'm still undecided. Still learning.......