I'm not sure why it's taken me this long to drive the 4.5 hours to Bempton Cliffs RSPB, but it has, though finally I can now say I've finally seen a Black-browed Albatross in the UK.
I picked up Dave Shute (retiree from NT) at Naturetrek HQ and drove non-stop to Bempton, arriving in the car park at around 3.30am. After an hour's much needed kip, we walked to New Roll-up viewpoint and straightaway we could see the albatross circling below us. After 20-minutes of some decent flight views, the albatross then perched in full view in with some Gannets, where it stayed for an hour and was seen to presumably be partially displaying to its smaller onlookers. It then got shoved off its perch and resumed gliding around the base of the cliffs before perching out of sight at around 7.15am.
With such good views, we decided to leave so we could make early tracks back home, where we arrived at 1pm after some dodgy traffic on the M25 & M3.
Other bits seen during the morning included a southbound Yellow Wagtail, many Tree Sparrows and a Barn Owl. 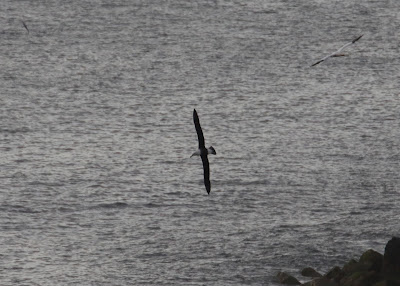 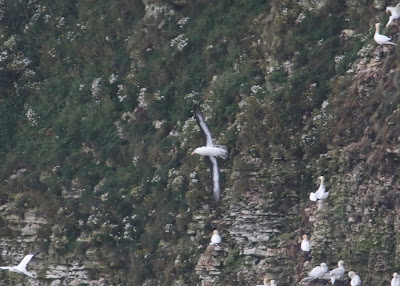 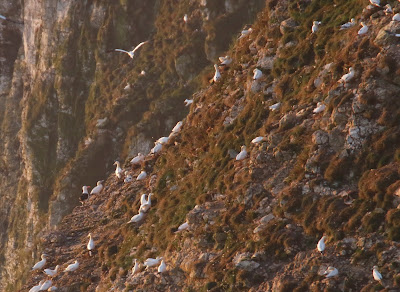 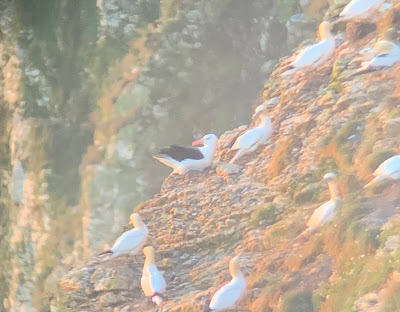