Certainly my favourite weekend of the year; four days off combined with freshly arrived migrants always bodes well. Despite being absent from the coast, it turns out this wasn't an issue as little was found over the four days.

I only birded on the Saturday and Sunday, with the former mostly taken up with my Heathland Bird Survey on Stanley and Lynchmere Commons. It was great to see most of the species present (no Redstarts yet) with the highlight being a vocal Cuckoo and four displaying Tree Pipits. The abundance of Willow Warblers and my first pair of Dartford Warblers here were also welcome.

Totals for the survey:

On Sunday, with a south-easterly wind forecast, I oddly decided to hit Church Norton early knowing that all of the regulars would be at Selsey, potentially allowing me to find a goodie. Sadly this wasn't to be and it was frustratingly quiet. All I could muster were six Little Terns, a few Bar-tailed Godwits in the harbour, and whilst chilling at the car park, a Little Ringed Plover flew over calling. I left earlier than anticipated so I nipped into Ivy Lake and two Arctic Terns were briefly present before flying off high to the north (or Westhampnett).

On the way back to Alton, a stop at Noar Hill produced only one butterfly on the reserve itself, which thankfully was a fresh Duke of Burgundy! 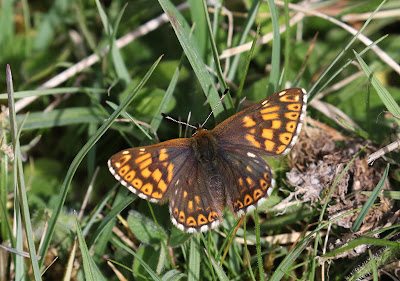