Another seawatch this morning that started slowly, but soon gathered pace as it wore on. The unexpected highlight was an inbound bat, which initially landed on the 'basket', then continued inland via a crash-landing into the cliff. I managed to get some shots but with my limited skills in identifying bats, this one remains a mystery for now.

A flock of 15 Eider were very impressive, but a close-in Pomarine Skua was a true delight as it casually sailed eastwards.

Afterwards, I quickly nipped up High and Over as Dad had found a Whitethroat.

I'm back to birdless north Hampshire this evening. Thankfully my time in Sussex the last five days coincided with a nice arrival of migrants and some excellent seawatching. 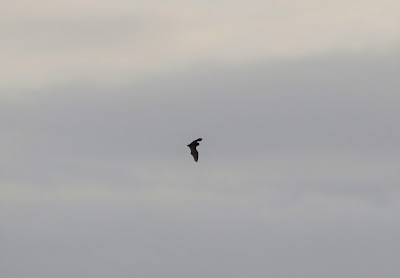 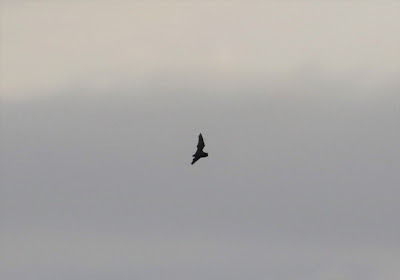