Got to Selsey Bill at first light and after about 20 minutes a Great Northern Diver, 4 Slavonian Grebes, 16 Red-breasted Mergansers, 4 Red-throated Divers and 8 Eider were seen once it had got light enough.

Next was Fishbourne Creek and the tide was right out. In the very small channel a Spotted Redshank was seen along with the more usual Waders. In the vegetation a Jack Snipe was flushed along with 2 Common Snipe. Alot of Brent Geese were in the channel but didn't bother looking for the Brant. 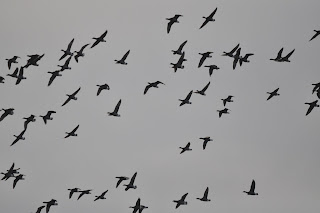 At Ivy Lake a Bittern performed well, at first distantly but whilst scanning the Ducks a while later it flew within a few feet of me, a shame i wasn't ready for it though. A fem. Goldeneye was on one of the small pools aswell. 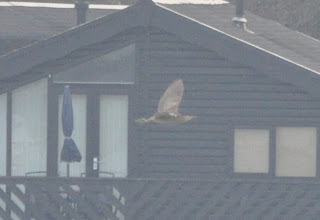 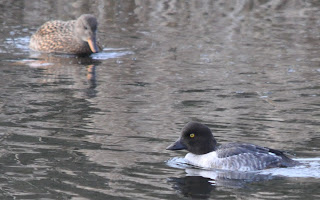 Bittern and Goldeneye at Ivy Lake

A brief visit into Petworth Park was worth it with the 2 Egyptian Geese on the northern lake, 4 Siskins and a large flock of Redwings.

At Beeding Brooks there was no sign of any Short-eared Owls, this may be due to the time i arrived which was late on in the day, but a C'ettis Warbler showed well.