Started off at Widewater today and quickly found the group of 8 Velvet Scoters offshore. Also present were Razorbills, Red-throated Divers and a splendid Black-necked Grebe a couple of meters offshore. Along the beach were 4 Sanderling. 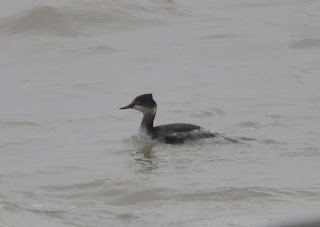 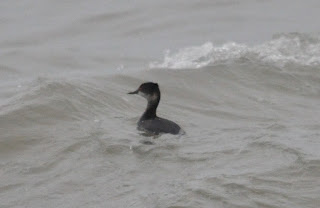 Black-necked Grebe off Widewater.
At Swanbourne Lake a Firecrest was vocal and eventually showed itself, and a pair of Mandarins Ducks were halfway down the lake.
Next was a quick visit to The Burgh due to the fact the two target birds were seen minutes after leaving the car. These were Corn Buntings and a single Grey Partridge. Also lots of Yellowhammers about. On the track back down to North Stoke i spotted a group of Bewick's Swans out on the brooks and these were viewable from the church. 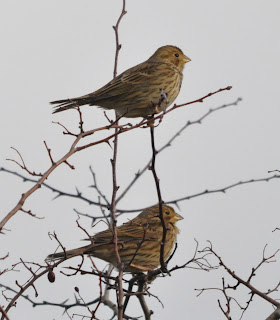 Corn Buntings at The Burgh 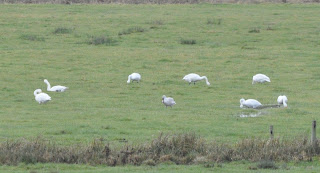 8 of the 9 Bewick's Swans at North Stoke.
Finally at Amberley a single Ruff and Peregrine were out on the brooks viewed from the Sportsmans Inn pub.