A south easterly wind this morning was somewhat disappointing. I was expecting a huge movement of Brents, but it wasn't to be. Actually, most stuff was moving in low numbers. If only it was two months later, it would have been mayhem.

Scotney GP was next where the Bean Geese were quickly located, however they were ten metres the wrong side of the border line, so a gruelling 2.5 hr wait in the freezing cold wind began when the Beans finally took flight straight into Sussex.

The Long Pit at Rye Harbour was the last stop where the stunning drake Scaup put on a good show. Whenever I see this duck, they are always asleep, but this time it was happily feeding. A Long-tailed Duck was also present.

There was also a relatively strong passage of Black-headed Gulls, and a lighter passage of Common Gulls. 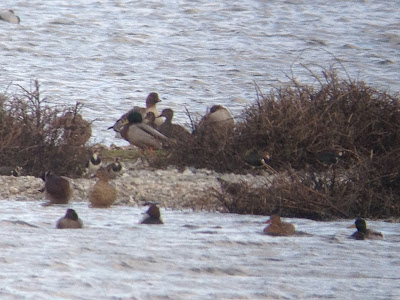