Our last day today but most of it would be driving back towards Chicago, although thankfully our flight was late evening and therefore gave us plenty of time to bird Magee Marsh in the morning, where conditions were the same as yesterday, being a strong southerly wind and bright conditions. Our final morning drive was again enlivened by the brilliant 'Bob and Tom Show' on WIOT radio station. At Magee, we first walked the estuary trail where five Spotted Sandpipers were found along the beach, and the bushes held the usual Warblers and Flycatchers seen in previous days. Back on the boardwalk, we straight away came across a couple of Tennessee Warblers and Cape May Warbler, both new additions from yesterday. Due to the wind, most birds were keeping low down and once again provided great opportunities for photos. It was interesting to note our first female Black-throated Blue Warblers today, and not a single Mrytle Warbler. Despite spending the whole time looking at the ground, we couldn't find a Connecticut Warbler.

We left late morning but just as the trip started off with numerous issues, something was bound to happen on the last day, and that's what happened. The same railway crossing I had taken off from at the start of the trip was coming into sight and decided to give it one more go and sped up towards the crossing, but then I wimped out and slowed down. However during the process of speeding up a police officer caught me and I was soon pulled over (not the first time on an Eade tour). But what happened next was ridiculous, the copper was all bubbly and friendly towards us, asked us about birding, saw my licence and then couldn't be bothered to phone it through to headquarters, then shook my hand and sent us on our way with just one sentence relevant to the incident, 'you were speeding'. All drama but that's what makes a trip.

We left the Motel 6 and headed west back to Chicago stopping at Pokagon State Park in Indiana and found a couple of nice bits, the best probably being a Purple Finch, and a cute Racoon up a tree. The traffic was back to the airport was heavy but we made with plenty of time to spare for our American Airlines flight back to LHR where we landed early.

Yet another superb trip had come to an end. Ian and Adam were brilliant company as always and together we saw a total of 168 species, of which 29 were American Wood Warblers, which was the main reason for going in the first place.

It wasn't a mega spring passage by any standards however we still witnessed some very good days, including a couple thought to be the best of the spring up to that point. We also lucked in on a fantastic afternoon at Tawas Point.

Highlights for today are: 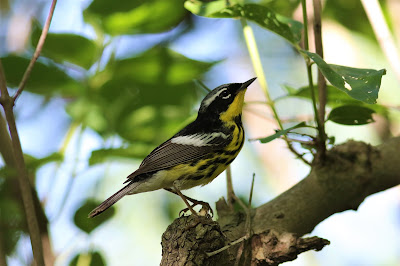 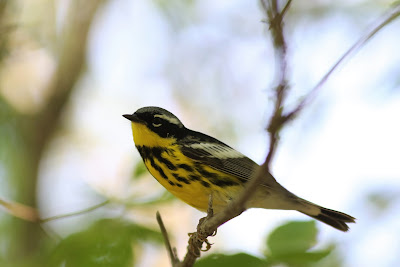 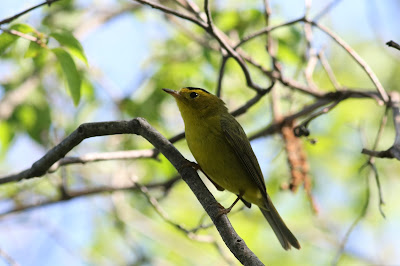 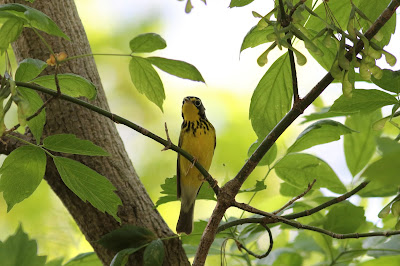 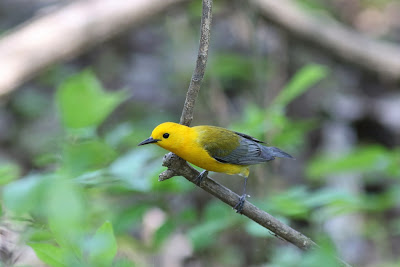 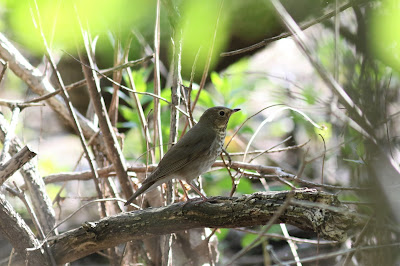