Yet another exceptional day, and our last full day at Kaeng Krachan NP. Before we had even set off a large police patrol arrived at the campsite as apparently the princess was arriving tomorrow. The staff seemed as surprised as we did and set about the whole day trying to sort out everything, which seemed to include demolishing half of the restaurant area.

We spent the whole morning walking from streams 1-3 where although activity was wuiet, we eventually notched up some good species, including a vocal Asian Barred Owlet and a stunning group of Sultan Tit, to name but a few. A near miss was a calling Blue Pitta between streams 1&2, but it soon went quiet as we tried to edge closer into its area. The same group of Black-and-Yellow Broadbills were seen again, but surprisingly no sign of any Silver-breasted.

We arrived back at the campsite around midday and walked up towards the youth camp, where straight away we encountered a top target for ourselves, this being an impressive group of Silver-breasted Broadbills. Not only this, we enjoyed a good number of species in the area, whilst overhead Oriental Honey Buzzards and Crested Goshawks (including one displaying) were also about.

As the Broadbill had now been seen, we dipped out on lunch and yet again ascended to KM 27.5 for the last attack on finding the Treepie. The area initially was quiet although Jake found a small Flycatcher and described it to me, which straight away put me in a mode of panic as I reached for my recording of what I knew it was going to be, and sure enough after a tense minute, a gorgeous Rufous-browed Flycatcher was perched in front of me. Yet again, the continuous dipping of a Treepie led to yet another great bird, and this wasn’t all. A short while later I heard the unmistakable call of a Red-bearded Bee Eater, and after yet more tense minutes, it finally showed. Time was getting on and with no sign of the Treepie still, we pretty much gave up after enjoying yet another mixed species flock. It was not to be for the Treepie this time around, but we wouldn’t have seen so much if it wasn’t for this bird.

On the way back down we stopped to look at some Banded Langurs, but I immediately heard a Yellow-vented Green Pigeon singing away, but it was so distant we couldn’t find it. However, all was not lost as at stream 1 a superb Great Eared Nightjar was flying over us.......awesome!!

The evening ended with our third night drive from KM 15 - KM 1 where we found s small group of Gaur. And once back at the campsite, the continuous drumming sounds of White-fronted Scops Owls teased us, and expedly remained unseen.

Highlights for a superb day are as follows: 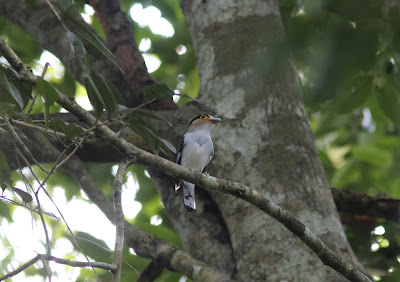 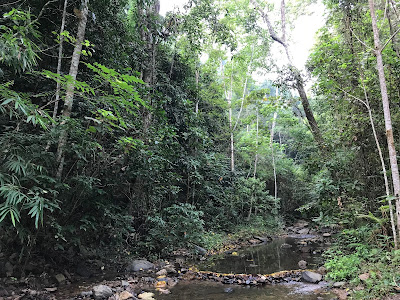 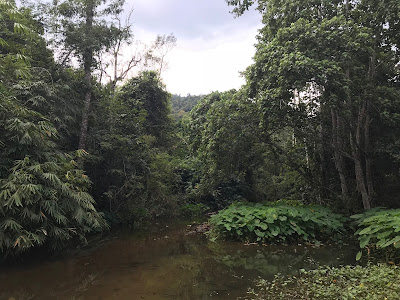