A beautiful day to be out and about. However the birds weren't too convinced as the bushes all over were very quiet apart from the numerous Robins and Stonechats.

First up was Seaford Head, and a walk with Liam produced a Lapland Bunting that initially flew in from the east and landed in the clump of bushes to the east of South Hill Barn. Before we could glimpse the bird perched, it took flight and flew west. After much circling it dropped into the sheep field, but despite creeping up on it the Bunting again flew off west and this time out of sight. The rest of the circuit was very quiet and we gave up. I did manage to get a poor recording of the call, but it's quiet on the recording so no point attaching on this post.

After dropping Liam off I walked Tide Mills seeing little. Castle Hill NR produced a Firecrest at Shakespeare Hall. After lunch I drove over to Shoreham Fort where the attractive and very obliging Snow Bunting was eventually found and showed well. Finally a walk along the cliffs to Tideway School and back inland found nothing for the effort.

Totals for Seaford Head with numbers collated by Liam: 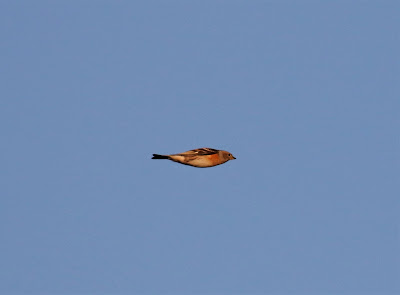 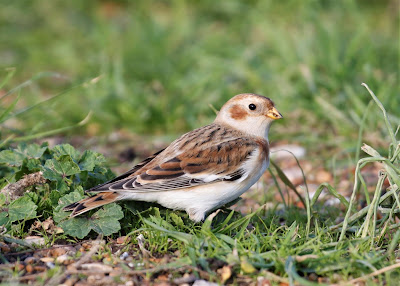