After visiting both coastal sites to the east and west this year, today I thought it would be best to venture north. Near Balcombe I was surprised to find a huge congregation of Redwings and Chaffinches feeding in a field. I thought a Brambling could be among the Finches, though judging by the poor winter thus far I wasn't overly confident. However, it didn't take long to find a Brambling, and judging by the number of birds present no doubt more could be within this flock.

Elsewhere a walk around some wooded areas produced the likely species, and with plenty of cloud cover the thoughts of any small woodpeckers emerging somewhat dwindled. When the clouds finally did drift off south, a total of three Goshawks were seen within a two hour time period. A total of 20 Siskins and a single Redpoll also flew through between the periods of little activity. The Goshawks weren't displaying, but as I was getting back to the car, a third Goshawk (a huge female) flew around me for a few minutes resulting in me wanting little else from this epic encounter.

Afterwards I visited Henfield Levels and after much searching and boredom, the assistance of West Sussex compatriots Mike and Karen & Nick and Claire found the Glossy Ibis for me. It flew down the valley and landed at some distance where it became very elusive only showing on the odd occasion in a distant ditch. 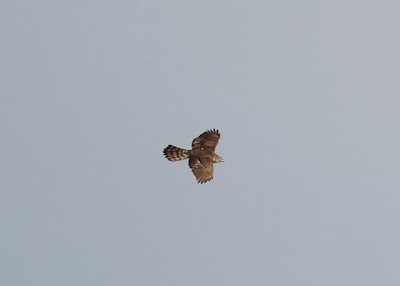 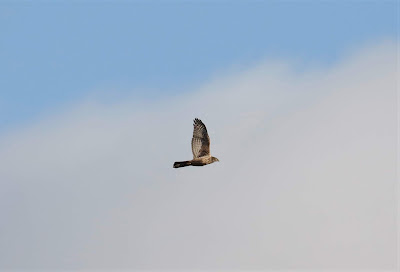 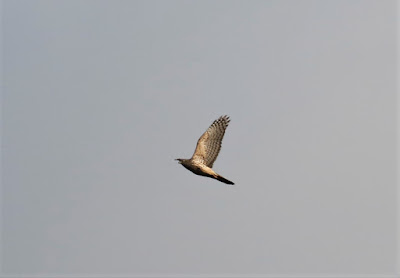 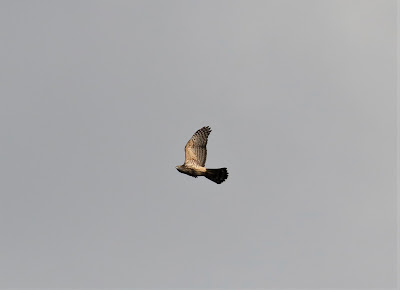