A weekend down in Sussex was highlighted by the two Radde's Warblers at Beachy Head. Such lovely warblers and a real treat to observe, but both strikingly different in habit with the Shooters Bottom bird being far more Radde's-like, being elusive and mobile. It was great to bump into many familiar faces too, especially Roger & Liz Charlwood who are always a joy to talk with.

Also on Saturday, I stomped down to Cow Gap with only a Firecrest and a Black Redstart being seen, and whilst watching the Radde's at Shooters, a Short-eared Owl appeared from the east and flew over to Long Down. There were still a few Swallows knocking about, but overhead migration was otherwise limited to the usual finches.

Today, despite promising overnight conditions, the entire area was fairly dead, with only a Merlin at Seaford Head, three Caspian Gulls and two Yellow-legged Gulls at Lower Cuckmere and a Firecrest at Crowlink of note. Best of all was a seemingly fresh Long-tailed Blue at Horseshoe Plantation, found by Laurance whilst I was grabbing my vegan pasty at Birling! 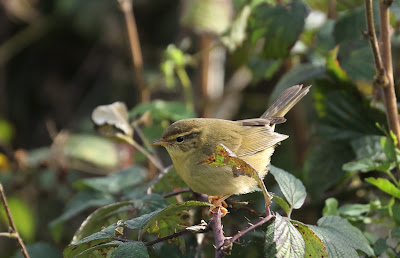 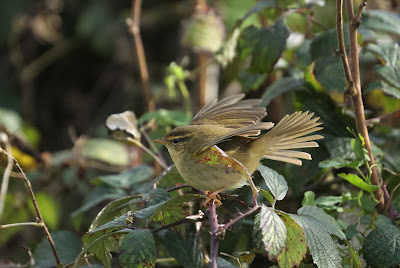 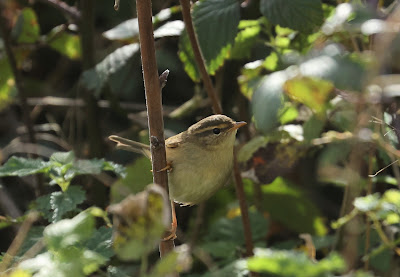 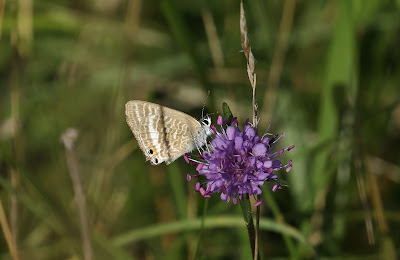