Well, what an epic day on Scilly that was...!

Last Thursday, one of my most wanted species of bird to see in the UK arrived on Bryher (Scilly), this being the stunning Blackburnian Warbler. Easily one of my favourite American wood-warblers... even in their first-winter plumage they look stunning.

I was occupied all weekend much to my frustration, therefore, it was a tense weekend not knowing whether the bird would linger or not, but thankfully, Sunday morning saw the bird still present, so it was all systems go for a day twitch to Scilly on Monday. I left Hampshire at midnight, picked Laurance up at Cadnam, and arrived at Penzance in the early hours.

The Scillonian crossing was far from comfortable; tiredness and a 10ft swell not helping matters, but we arrived at Hugh Town at midday. The only sighting of note from the ferry was a Grey Phalarope that flew past us just off the airfield. It was a quick change of boats and a mere twenty minutes later we (along with 50 others) arrived onto Bryher, where a brisk 10-minute walk had us arriving at Popplestone Fields.

Thankfully, the Blackburnian Warbler was on view straight away, albeit obscured, but a massive relief, nonetheless. Over the next 90-minutes the views remained brief and stressful, but after much patience, I finally got the views I wanted... such a brilliant bird.

All too soon it was time for the return ferry back to the Scillonian and onwards to Penzance. However, the next three hours certainly took a turn for the unexpected!

I couldn't quite believe, afterwards, just how amazing the crossing was. It all started just off the eastern isles where a fellow birder called me over to identify an object in the water whilst he photographed the said object. It turned out to be a blooming Leatherback Turtle, and a giant one at that. Then, as we reached about halfway, a huge whale blow was spotted not too far from the vessel – I suspected a Fin Whale, but no one saw the actual animal. At this time, we were treated to an amazing show by several Great Shearwaters cruising alongside us, as also did a few Sooty Shearwaters. Chaos continued as yet another huge whale blow was spotted, and again, despite not seeing the animal, images revealed it to be a Fin Whale. The whale blew several times as it was presumably surface feeding.

Then, just as things started to settle down, with only the odd passing Great Shearwater to entertain us, I looked around to see another birder focus with intent on an incoming subject. I had no idea what it was going to be, until he exclaimed "PTERODROMA"! Chaos resumed, but thankfully I got straight onto the bird, which must have been at about 80m distance and heading into the glare. I only saw it on maybe three or four occasions, but two of which showed the obvious Pterodroma profile which is unmistakable, and once when it arched up above the horizon line. Only a handful of people saw it and somehow Lee Gregory got a photo of it (see below). The bird was either a Fea's or Desertas Petrel, and even in the brief showings I got of the bird, it never felt like being a Zino's.

So, that was that, and the drive home, thanks to Laurance's company, went much quicker than it usually does, and I arrived home exactly 24-hours later. 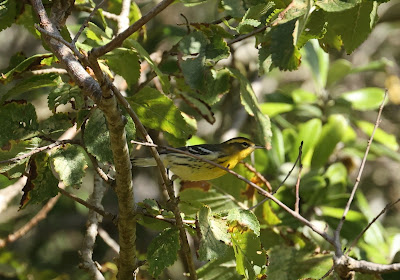 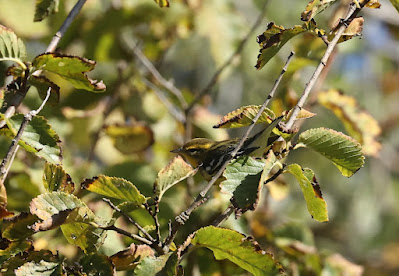 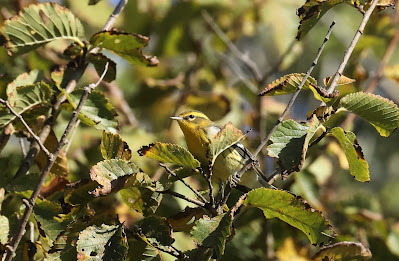 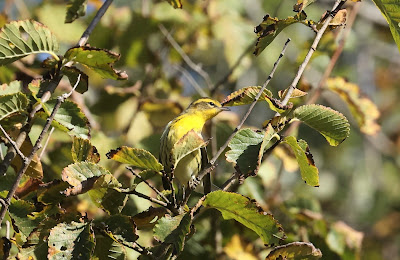