A really good feel to the day but found nothing of any magnitude. The rain combined with a strong SE wind brought in a Continental Coal Tit which was only my second ever on Seaford Head, which made up for nothing else found despite spending most daylight hours in the field. I popped over to Beachy for an hour as Tony Cook had found a showy Pallas's in the old trapping area, but upon arrival it was evident the bird had moved on, however three Continental Coal Tits flew in but all too soon departed off west. A nice day out, maybe tomorrow for my last chance of finding something this autumn. 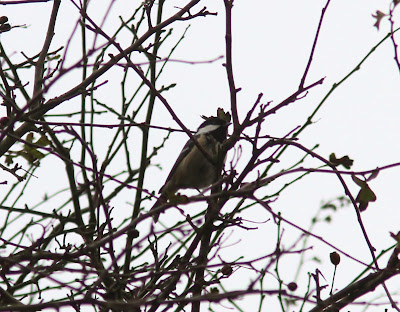 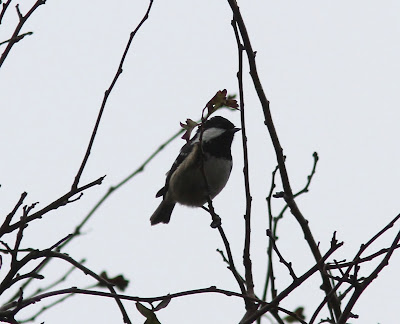 presumed male (very vocal with sub-song and calling heard) Continental Coal Tit in Hope Gap - this bird soon departed off north but was later re-located in Harry's Bush where it showed much better, but due to the rain, my camera was in my bag. 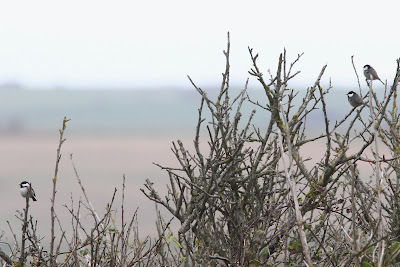 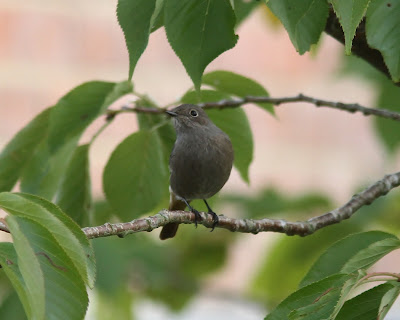 one of three Black Redstarts in the garden 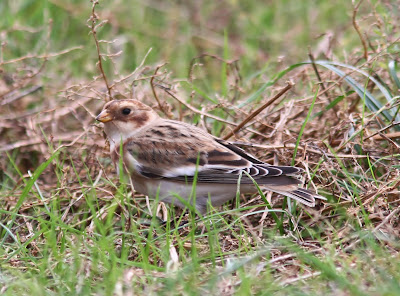