Kibale Forest
A memorable day for all the good reasons. We were up extremely early and arrived at Kibale Forest before it was light. Our local guide was waiting for us with his rifle, and into the jungle we went hoping the Pitta would play ball. Eventually it did after four hours, proving to be the highlight of the trip for me, not only for its stunning looks, but finding it after losing all hope was just beyond all expectations. Whilst waiting for the Pitta, I was hearing what I thought was a Blue-shouldered Robin Chat, but playing the song only attracted some Scaly-breasted Illadopsis, which in fact sound almost identical to the Robin-Chat, and was good to see again as Ian and Jake had missed them the other day. The forest was generally quiet, but with light rain and overcast conditions it wasn't exactly surprising. In the afternoon we then tracked a large family of Chimpanzees that proved to be simply awesome. Our guide who was the same from this morning gave more time then was allowed (maybe as we tipped him well and wanted the same treatment from this morning), and managed to get us within a few feet of these human-like primates. An unforgettable experience and we were in agreement that this was the non-avian highlight of the whole trip. What a day!! 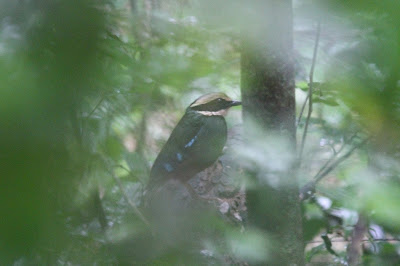 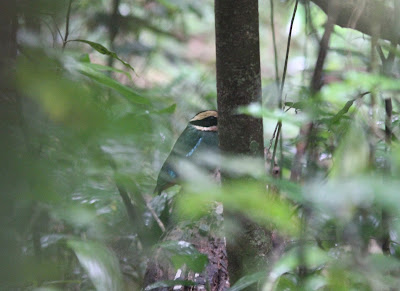 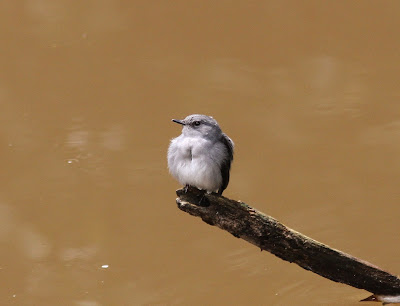 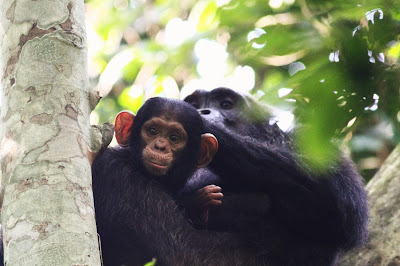 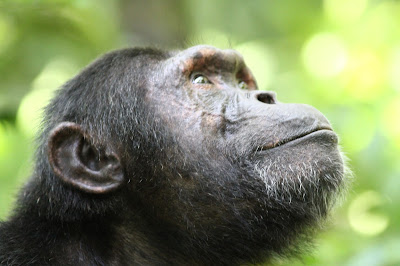 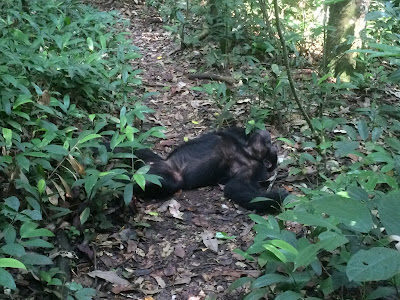 Chimp eyeing up its contenders 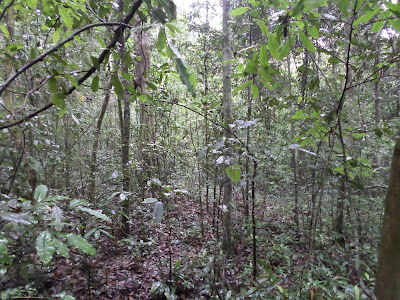 the place where the Pitta was found 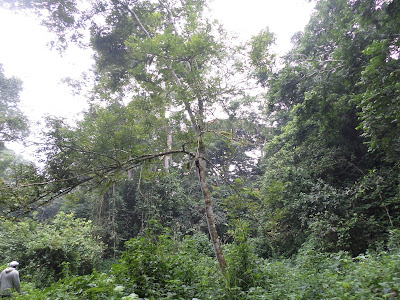 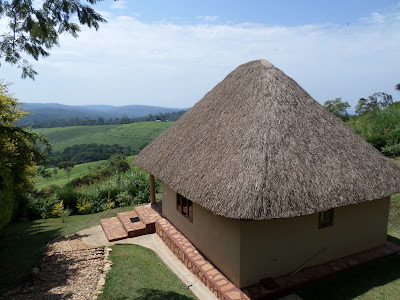 our lodge with a view over Kibale Forest