Two visits to this site today thankfully yielded in the end a stonking first-winter Caspian Gull. It remained on site for over an hour as the tide slowly came in. Further scans produced a presumed second-winter, though a couple of features leave me in some doubt, though at the time this bird looked very promising.

Earlier in the week I managed to get over to the east of the county with the following highlights seen: 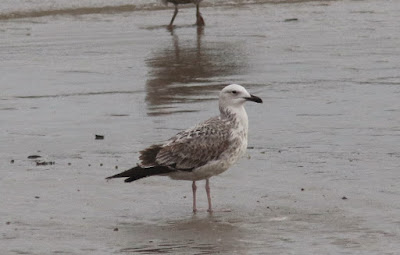 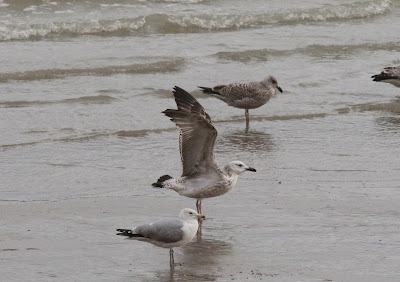 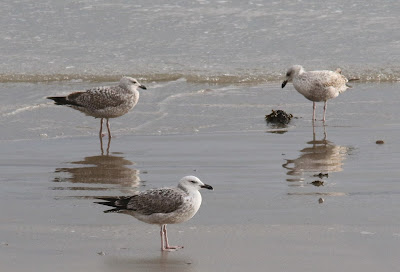 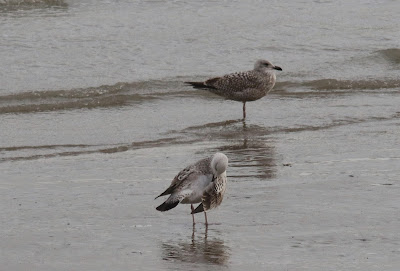 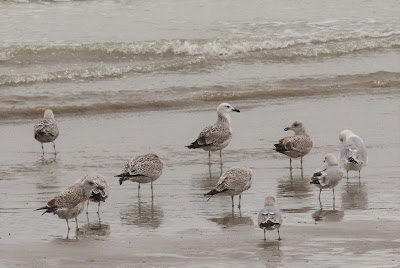 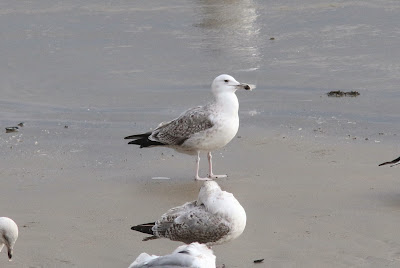 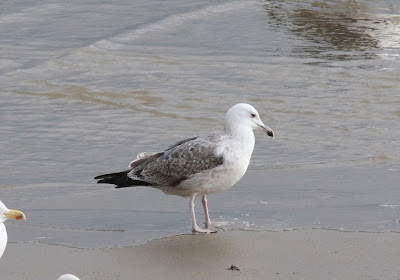 presumed second-winter Caspian Gull - the pale iris and shorter-legged appearance is slightly concerning but in the field the profile looked very promising. Yellow-legged Gull is the other option.