This post (and the two after) is a continuance of my recent trip to Nepal. After the Everest trek and then spending a couple of days on my own on Mt. Phulchowki, I was now undertaking a recce trip for Naturetrek. Although the company has been running trips to Nepal for many years now, it was thought that while I was out there, it was best to make use of this situation and send me on a 10-day trip to the lowlands - I agreed with this decision!!

Thankfully after a lengthy rest after yesterday's illness, I woke up feeling very fresh and ready for my next adventure, courtesy of Naturetrek. My driver (Anil) picked me up from my hotel and drove me to the domestic terminal at Kathmandu airport. It felt strange being in the departure lounge - not so long ago I had been here initiating the Everest trek. My flight to Biratnagar (south-east Nepal) departed late, and upon arrival my guide (Badri) greeted me.

On the way to Koshi we birded a large protected series of lakes where the quantity of wildfowl was amazing. Scanning the flocks produced many species, with the likes of a drake Falcated Duck and several hundred Garganey providing the most interest, although several Cotton Pygmy-geese was a species I hadn't seen for many years. A large list of waders were also present and a ringtail Hen Harrier was also a surprise sighting.

A couple of hours here during the heat of the day was enough, and therefore we made our way to Koshi Camp, arriving mid-afternoon. After a rest and a wander around the stunning grounds, we drove to the Indian border and the barrage that splits the flow of the river. A walk along this barrage produced magnificent views of the rare Gangetic River Dolphin - a much wanted find after missing it on the Chambal (India) last year. The area though wasn't particularly birdy, although a pair of Avocets and several Lesser Adjutants were nice.

We made our way back to the camp and for the first of many nights in the lowlands, I was treated like a king. The service of the staff in the lowlands was superb, this in addition to the pristine accommodations I stayed in.

Highlights for the day: 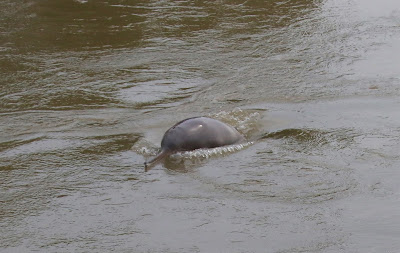 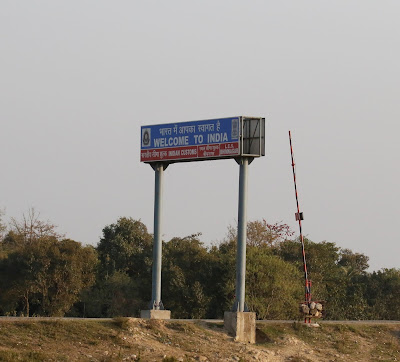 This morning we were up early and driving to the upper reaches of the wildlife park. A couple of stops along the way to scan for floricans was fruitless, though a couple of Bengal Foxes were superb, as was a stunning Bay-backed Shrike. I boarded the rubber zodiac-type vessel set up by our driver. Being very windy in the early hours it wasn't easy for the boat to remain the correct side up, but thankfully we got there.

The cruise downriver was fairly quiet bar the amazing numbers of egrets, ducks and cormorants. The most prolific species however is one of my firm favourites - the delightful Small Pratincole. When we did eventually hit dry land, a walk over the flatlands was superb. A Wryneck was a slight surprise, but out in the distance were a trio of Indian Coursers. This bird was major target on my Indian trip last year, and although we were successful in our quest, setting eyes on this globally-threatened species again was brilliant. Crossing the sandy areas produced many Sand Larks and pipits. Back onboard, Badri and myself noticed many vultures above us with Badri picking out the first of three White-rumped Vultures - another globally-threatened species for the day. The rest of the 'cruise' was mainly spent dosing off as it was so peaceful, although I was awoken by the odd bout of abundant bird life. The boat journey ended, and driving back to the camp, a quick owl session produced three species in quick succession.

After a restful period, Badri and myself walked the concrete road that runs down the western side of the wildlife park, and just so happens to be the most wooded area. A whole host of exciting species were encountered. A Scaly Thrush was superb, as were a couple of White-eyed buzzards and a striking Blue-throated Blue Flycatcher. As evening approached, we started driving the various tracks and soon found a superb pair of Swamp Francolins, as well as a Nilgai (Blue Bull) and several Golden Jackals. It had been a brilliant day rounded off by a spectacular sunset, and a small bunting flock that consisted of two Black-faced and a single Little Bunting.

This was it for my time in Koshi. After one more night, Anil (who had driven the 12 hours from Kathmandu to pick me up), would drive me all the way to Chitwan NP - a days drive (next blog post). 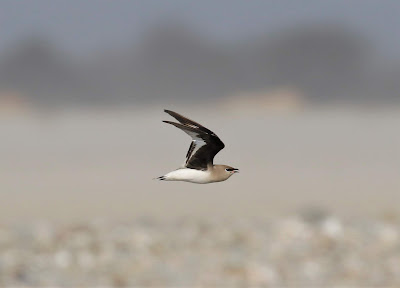 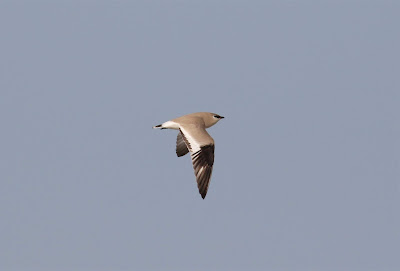 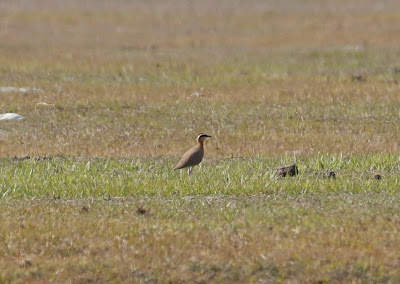 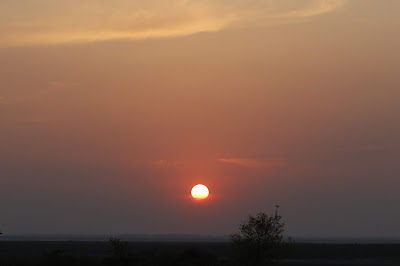