My last morning in this wonderful state, and it couldn't have gone much better.

I started off at Huntington Central Park hoping for a dodgy claim of a Waterthrush. Unfortunately no sign of this despite walking through ideal habitat, and a couple of times thinking I had got it as Hermit Thrushes were running across the path in front of me. I did however find and get a good look at an Empidonax Flycatcher, and helpfully it dipped its tail regularly, allowing a positive id. as an American Grey Flycatcher.
I returned to the car to check the bird book just to make sure on the Flycatcher. After checking the Internet for images and videos I felt fairly confident so I set off again around the park, this time jamming in on a Sora and House Wren at the same time, both being lifers for me.
Feeling pleased I set off for Madrona Marsh. It was excellent here. Best of all was bumping into a mixed Sparrow flock containing nine species of Sparrow, as well as a lazuli Bunting. I really had filled my boots, so I headed to LAX, dropped the car off and voila.

The two weeks produced 240 species of birds, of which 168 were lifers. 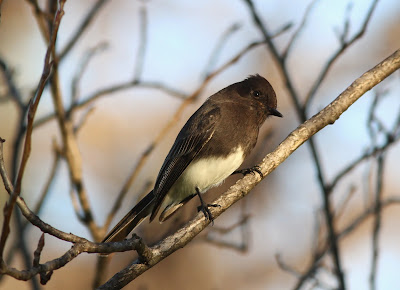 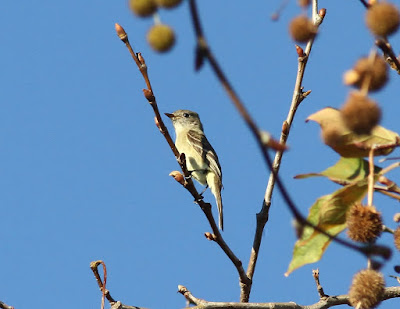 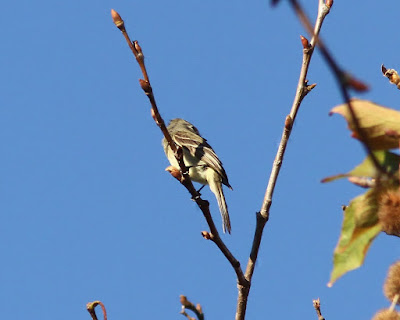 presumed American Gray Flycatcher - the above pic shows the slight dipping of the tail, but also the primaries are incredibly short, the eye-ring is insignificant, the tail appears long. When seen in the shade the underparts were very dull, and after looking up many pictures of Pacific Slope Flycatcher, I very much favour my opinion, though other opinions would be great. 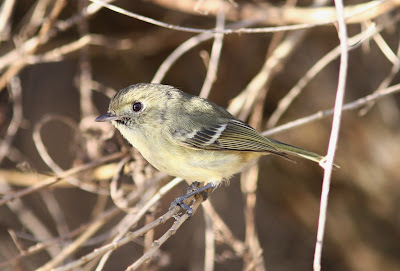 Hutton's Vireo at Huntingdon - pretty much identical to a Ruby-crowned Kinglet, however the thick bill, lack of black to the base of the secondaries and blue/grey legs confirm this as the former 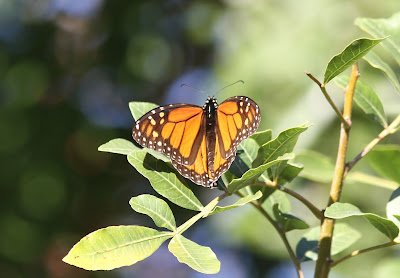 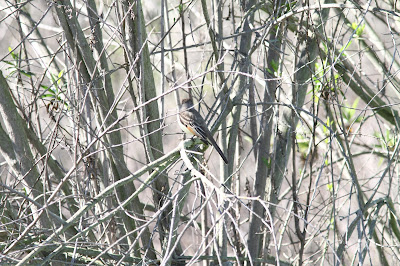 Ash-headed Flycatcher at Madrona Marsh - another major surprise for me. Getting field notes for this bird was important for me as my photos I knew would be poor, but it was an easy id. due to the chestnut patch on the wing, yellowish tinge on the vent, and slight rufous hint to the crown and uppertail in flight. 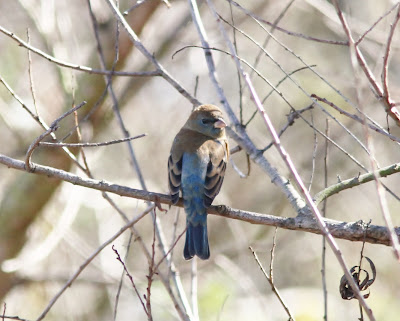 Lazuli Bunting at Madrona Marsh - not that I knew it at the time, but this is the only known wintering bird in California 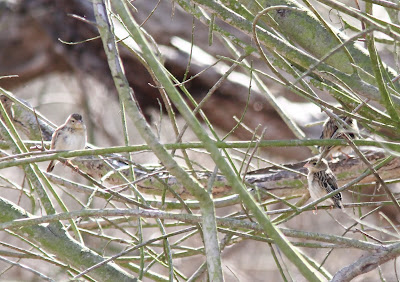