El Calafate - Patagonia
Another early start, this time to catch my flight from AEP to FTE. We landed early which meant a longer wait for me outside the terminal as I had to wait for my lift into town. (On landing however, a Patagonian Fox was seen running parallel to the runway). This finally came and I arrived at the Localiza car hire desk and was to be put in line for what was yet another arduous task to get the keys for my car. An hour later, I arrived at Laguna Nimez (five mins from hire desk!!) and strolled up to the front desk and pointed at the Magellanic Plover on the poster. The 'warden' pointed me in the right direction and I set out for what I knew was going to be a long time to maybe lay eyes on this much wanted bird. Walking out across the marsh. I came across an area of flat beach, started scanning and to my amazement, a Magellanic Plover was found feeding quite happily. I couldn't believe I had found one, and then two birds in 15 minutes of searching, but I wasted no time in negotiating a small channel between I and them, and was rewarded with some incredible views. Just to add to the excitement, a Rufous-chested Dotterel flew past calling, almost hitting me as it flew low past.
Being this successful so early on threw me off slightly and I was unsure what to do next. I spent a while around the Laguna and then checked other coastal areas by which time it was time to check in. I arrived and was greeted with a glass of white wine. I was already generally exhausted, but this wine knocked me out and I retired to my room gawping over my Plover pictures.
I recovered quickly (young blood?!) and drove west to see what habitat I could find. This habitat turned out to be a very steep hill with two wooded gullies. Some good birds were seen here, but the smell of three decaying cows was slightly disturbing.
I drove back to town ready for dinner, and afterwards, with still a bit of light left, I checked the coast again. Walking out to the soft mud South American Snipe were displaying above me, and to round off an excellent day, a stunning pair of Two-banded Plovers showed very well. 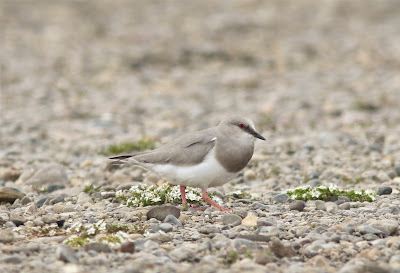 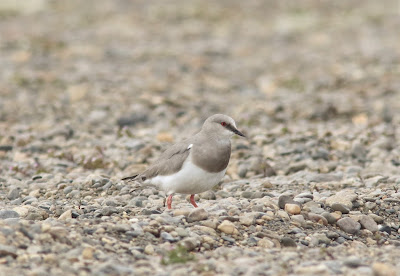 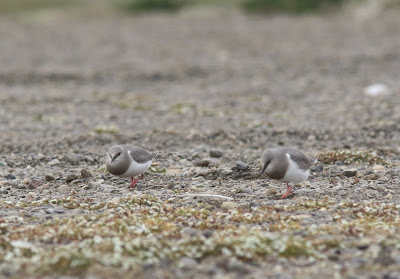 Magellanic Plovers - fascinating birds to watch. By far these will be one of the trip highlights 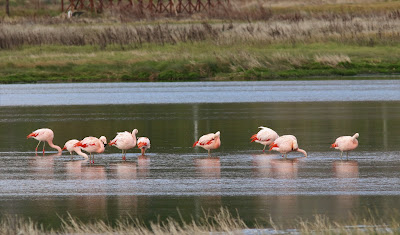 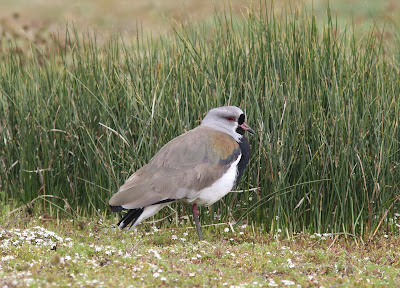 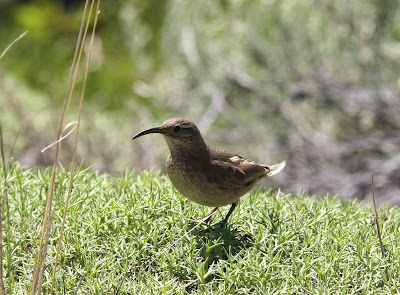 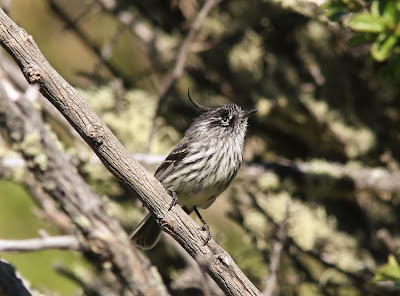 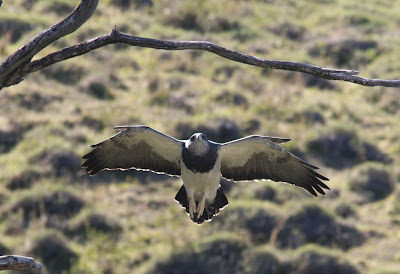 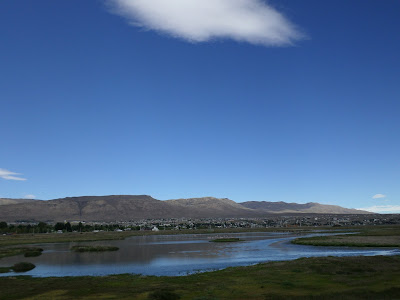 Laguna Nimez with El Calafate in the backround 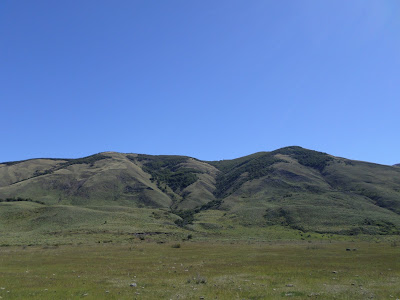 the hill I decided to walk up. The wooded gullies offered plenty of variety 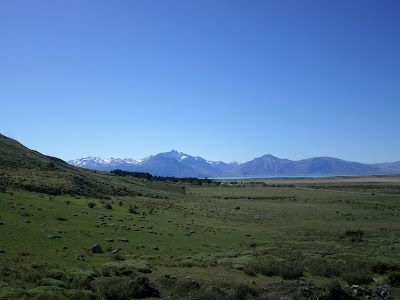