Dadanawa Area - Red Siskin Zone
Well getting up this morning made the other early mornings feel like a lay in. I was up at 02.30 and we left Manari Ranch in two 4x4s at 3am. I opted to be on top as I wanted the fresh air. I also wanted to sleep but I soon realised after setting off that holding on around the sharp bends was going to be hard enough being awake, let alone asleep. It was an adventurous four hour journey to our destination (Savannah Fox being the only highlight) with a very experienced driver, traversing across the vast savannah trying his best to knock me off the back, and going through rivers etc. We arrived on site roughly half-hour after daylight and walked through to an area of farmland, not what I was expecting. Almost straight away a group of four Red Siskins flew over including a nice male I managed to get onto. Over the next three hours we eventually enjoyed some lovely views of Red Siskins perching nearby to us. This was my last big target of the trip and to get views as good as we did was excellent. We visited a nearby site getting more views of the Siskins and other bits and bobs, but it was too hot for any amount of interest given on my behalf.

We then went to lunch at Dadanawa Ranch finding a pair of Sharp-tailed Ibis in the now extremely hot savannah, so it was with some relief we reached the ranch and had a filling lunch, and then a pointless trek for another go with an Amazon Scrub Flycatcher. After a lengthy rest it was time to head back to Manari which took roughly four hours, but slightly interrupted due to a superb Yellow-tailed Cribo Snake, which we managed to persuade to take shelter underneath a nearby tree. Other then this, it was a superb drive back with stunning landscape views, lovely sunset and a few races between lorries and other vehicles etc. A very successful day, with just one more to go. 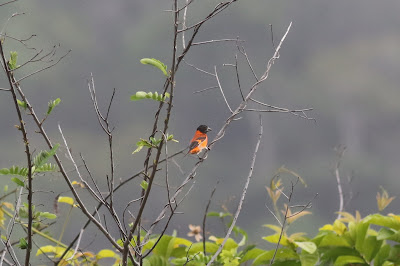 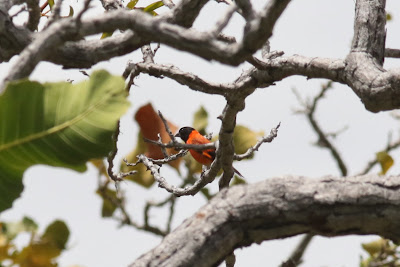 Red Siskin - critically endangered due to the pet trade. This species was formerly present in Venezuela, but now only remains in Guyana and maybe some parts of Northern Brazil. 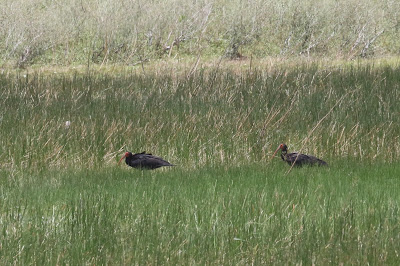 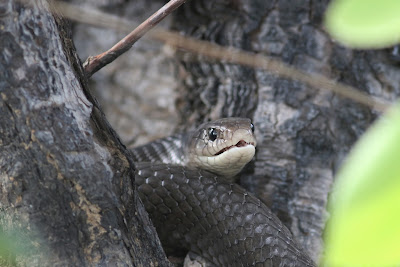 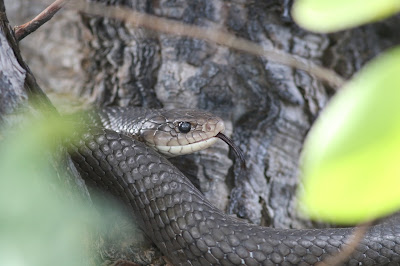 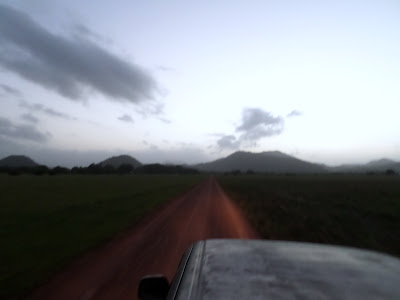 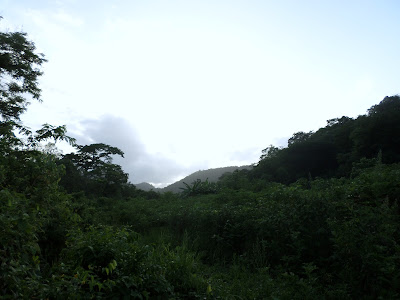 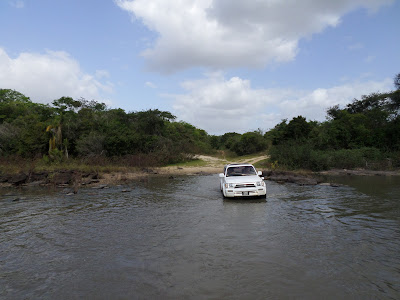 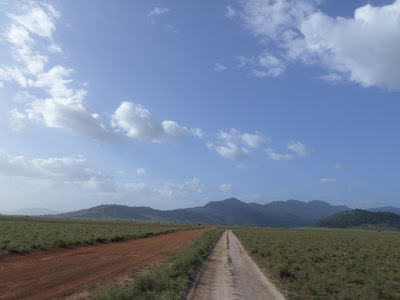 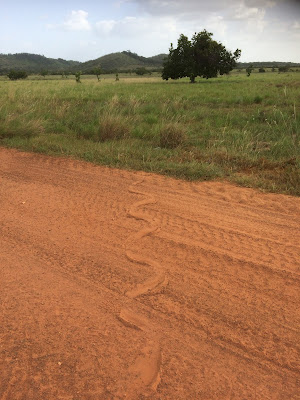