The penultimate three postings of my trip to Guyana with Nick Preston, Richard Fairbank, Nick Gardner, Stuart Reeds and Paul Hopkins being guided by Ron Allicock and his wife Marissa. The savannah birding was generally hard work with high temperatures and fewer species then in the rainforest, but did include many range-restricted species.

Crested Doradito Site
The day started earlier than usual today as a half-naked Stu knocked on my door wanting a tick to to be removed, which after a bit of time I managed to do. We were heading out into the savannah north of Caiman House in search of two range-restricted species, and the possible chance of some Giant Anteaters. In the headlights as we moved through the dry land were some Double-striped Thick-Knees and several Red-bellied Macaws, though little else was evident. My eyes were tuned in to finding an Anteater as we took several indistinct tracks out into the vast wilderness. The front vehicle eventually slammed the brakes on, and looking out into the distance was a large animal running away from us, it was a Giant Anteater. Despite being overjoyed by this, it was very annoying the animal kept running away from us and eventually lost to view. We did however chase after it but in the thick vegetation it was near on impossible to find. We did however come across a roosting White-tailed Nightjar and several displaying Grassland Yellowfinch, one of the very few birds species I had seen before. A little later on I spotted another Anteater and this one was much closer and good scope views were had. We had now arrived at the Doradito site, a species which range is restricted to parts of Venezuela and Guyana, with a single breeding record for Trinidad. Where we parked was in the middle of nowhere and the mind boggles has to how these birds were found. We walked out into the grassland in a long line and after a fair bit of searching we found a pair, one of which showed very well and they were beauties. We shortly after walked around a marshy area trying for Pinnated Bittern but could only find another Crested Doradito and finally a female Bearded Tachuri. After finding our two targets of the day we retreated back to Caiman House. Another afternoon rest was had despite me wanting to venture into the nearby forest for Spotted Puffbird, but I couldn't bring my tired body to it. The late afternoon/evening was spent on a small boat on the nearby river where a very enjoyable time was had seeing a range of waterbirds, and despite seeing them before, getting up close to two Black Skimmers was certainly a highlight. Two species of Caiman was also a bonus, but disappointing to not see any Giant River Otters. Another fine day in Guyana.

Highlights from the day are: 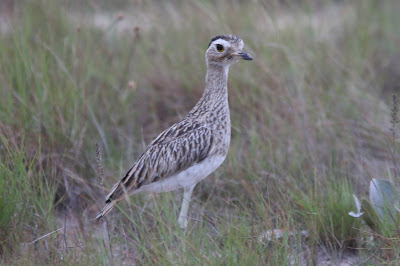 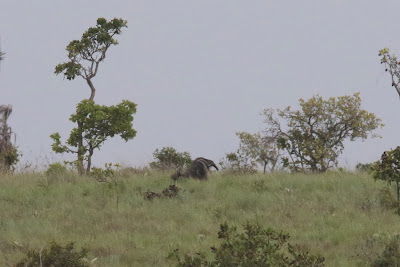 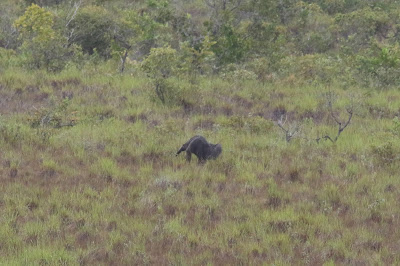 Giant Anteaters - my dream of walking right up to one never materialised, though apparently they don't like people in Guyana, so a trip to NE Brazil will be on the cards 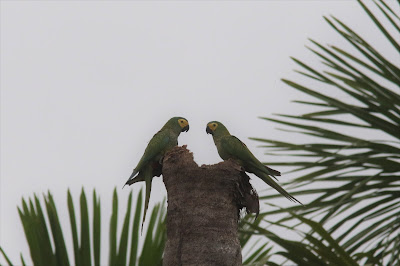 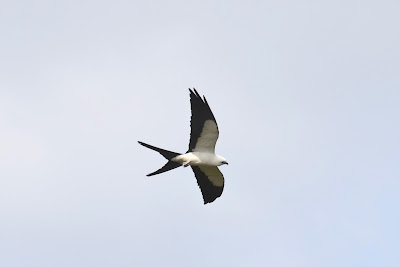 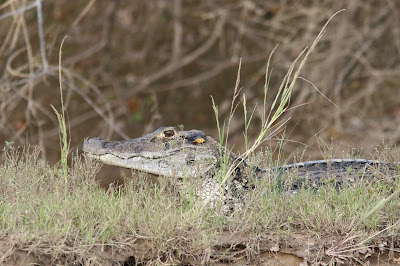 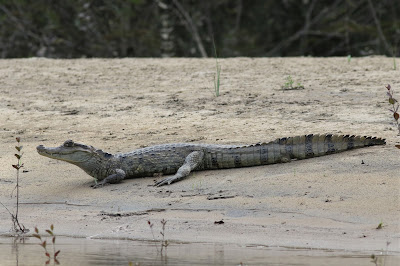 Spectacled Caiman - the other Spectacled we saw had no arms 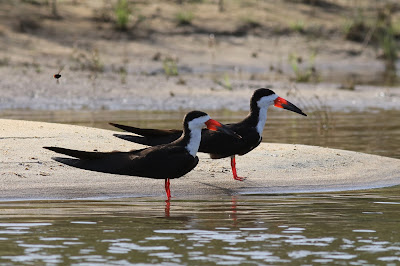 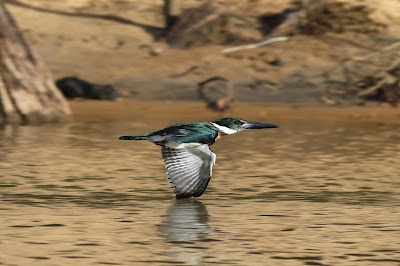 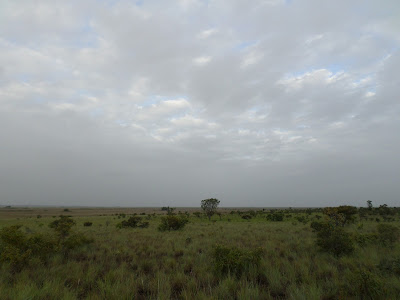 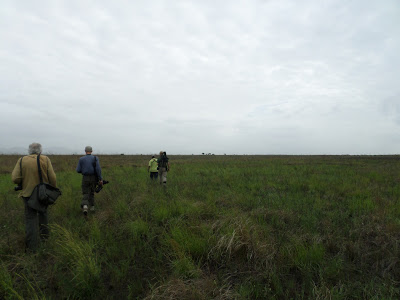 searching for the Crested Doradito 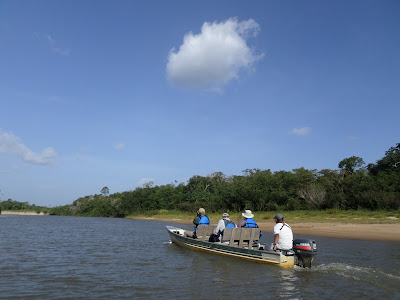 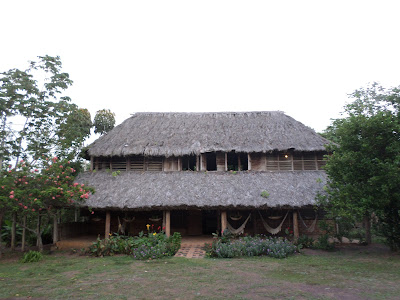 our accommodation house at Caiman Lodge