Surama to Caiman House
Having seen a fair percentage of our targets, we sadly exited the rainforest early today to head out into the savannah in search of some very range restricted species. After last nights heavy drink intake I wasn't in too much of a rush to get up and so joined the others just as breakfast was served. It was difficult to have a lay in with squeaky bats above, to Palm Tanagers going crazy with bird song. Still, I can think of worse ways of getting up. After breakfast we left Surama and waved goodbye to the rainforest, probably my favourite habitat. Back along the access track we slammed to a halt yet again as yet another Snake had been found, this time a False Coral Snake. It was laying completely still on the side of the road and allowed very close approach, not having any venom helped here. A couple of roadside stops produced for me a Black-spotted Barbet, Spot-tailed Antwren and a gorgeous Rufous-throated Sapphire. As the trees became grasslands my mind-set changed to my next big target of the trip, this being a Giant Anteater. None seen today, but our first stop produced a very nice White-throated Kingbird, one of many range-restricted species in this part of the world. Further on the front vehicle was playing up again with the engine over-heating, and a lengthy stop waiting for it to cool down by a river produced a couple of Pale-tipped Inezias. The rest of the journey to Caiman House was in-eventful and not too many birds to speak of. Caiman House was a very nice place but basic though had a very good shower. We rested up for the afternoon and then set off into a nearby forest with a American birder who was studying in Guyana, and had only yesterday found a new bird for the country, this being a Long-billed Woodcreeper. No firsts were encountered on our walk, although an impressive flock of birds held no less than eight lifers for me, including two for Ron, the most surprising of which was a Veery. The walk took us to a river and here we waited until dusk seeing Band-tailed Nighthawks flying downriver, and a bonus Striped Woodcreeper. 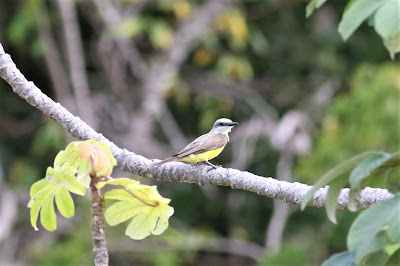 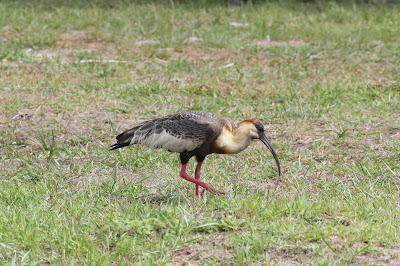 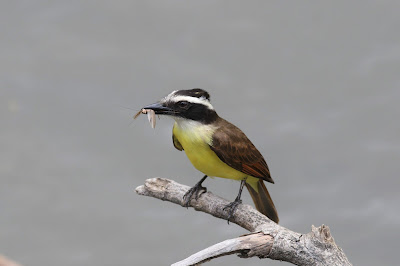 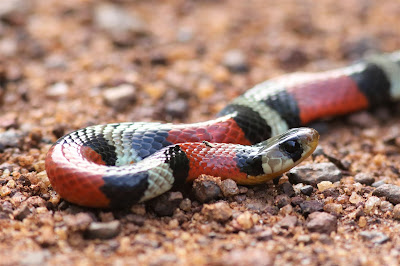 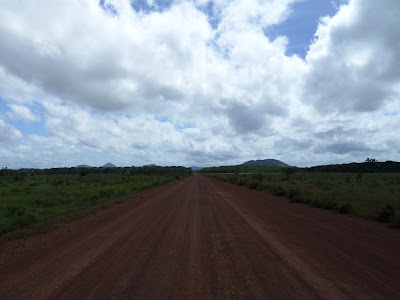 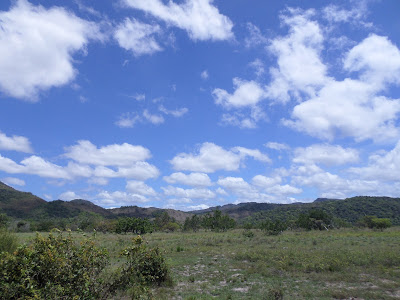 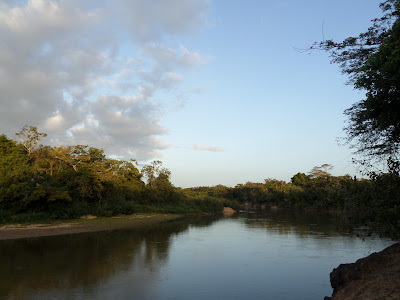