Buru Buru Trail & Surama
From early morning we walked the Buru Buru Trail. Initially it started off quiet but by the time we reached the river we had notched up a good range of species. The weather had unfortunately changed with moderate rain now falling making any photography very difficult. Just after watching a small group of Capuchinbirds again high in the canopy, Ron came sprinting back to us and pointed us up the path to Stu and told us to run. I knew what I was running for but others didn't which was slightly comical. The bird in question was a Crested Eagle, one of SAs most difficult to see raptors. This got pointed out to me shortly after in with the fact I had seen four species of Potoo, a Ground-Cuckoo and now a Crested Eagle in my first trip to this region. A couple of feeding flocks later and we made it to the river where again I came over tired, and now hungry. Still, a welcome rest down by the river was nice. We briskly walked back to the lodge along a very flooded path seeing very little. My mind was on lunch, but after lunch the weather had improved and we had plenty of time to try for some calling Ocellated Crakes. Nick G was yet again in fine form and first set about in creating a channel where one would hopefully cross the path, and then went and got a mirror where one may have possibly entertained itself for a short time. Who knows what was going on but the supplies didn't attract any Crake, so we set out plan B (we got to plan F I think) to charge at any calling bird and hopefully flush it. Several plans later and still no Ocellated, but we did flush an Ash-throated Crake. I gave up and headed off to try and track down a Red-legged Tinamou, but only distant birds were heard so I gave up on that one as well and resorted to yet another Nighthawk/Nightjar session by the lodge. A fantastic spectacle of a couple of hundred Orange-winged Parrots flying over in several flocks with a sunset was very special. The evening/night then consisted of far too many beers and rum to celebrate our time in the rainforest. Stu's singing wasn't too bad either!! 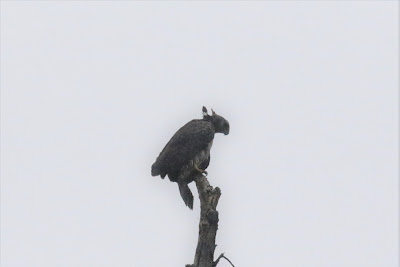 Crested Eagle - light rain and poor rainforest light not helping my photography here, but at least the breeze got the crest into action 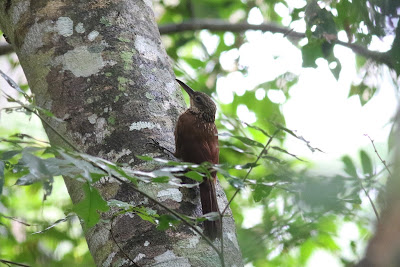 Buff-throated Woodcreeper looking 90% like all the other larger Woodcreepers 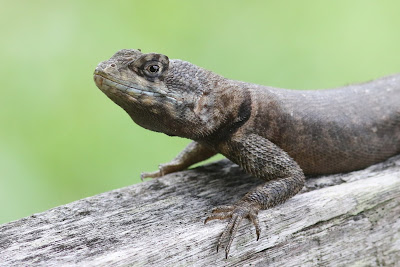 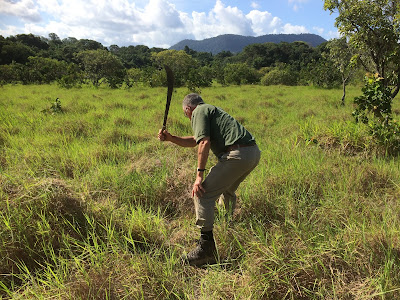 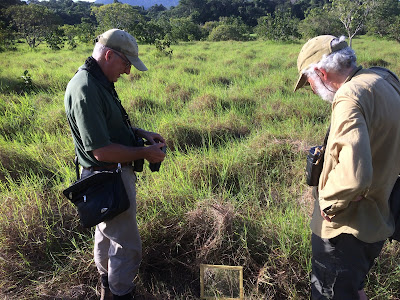 Nick and Richard inspecting the mirror