Our first day in the rainforest was to be greeted by the superb Pied Lapwings foraging around in the near darkness as I walked over to the main building after a very good nights sleep. Our plan for this part of the day was to see the Capuchinbirds early among other exciting birds. Walking into the forest after watching my first ever Macaws (the superb Red-and-Green Macaw) I began to hear a very strange sound coming from within the forest interior. I was unsure of what could be making this chainsaw-like sound, until one of the guys in front said 'the Capuchinbirds are close'. I was amazed at the sound these superb looking birds made and over the next hour we watched five or six birds going for it above us. By far one of the top highlights of the trip. The only distraction nearby were the increasingly annoying Screaming Pihas that remained invisible despite being loud and at times close.

After a brilliant start to the day we were given breakfast and then headed downriver on a four-man vessel at a great speed towards Turtle Mountain. Unfortunately being the front vessel we missed out on some day-roosting Ladder-tailed Nightjars, however we were treated on our return journey to these. Once altogether back on dry land and at the start of the Turtle Mountain Trail, we very slowly headed into the forest again straight away seeing one of my top targets for the trip, a Three-toed Sloth. Slowly moving along the trail, I at all times stayed at the back of the queue, one reason this is where I like to be as I can bird without being pressured from someone behind wanting to carry on and likely to find stuff others may have missed, and less likely to tread on a snake!! After some good bits including Marail Guan, we walked upon an Antswarm with the undoubted highlight for me being the ludicrous White-plumed Antbird. Due to our progress being very slow due to good birding thankfully, we headed back to the start of the trail where lunch was served, with a Golden-sided Euphonia being the highlight here. Back on the trail and now nearing the top of the mountain in the sweatiest environment possible the birding became slow, but birds took a side-step at the top as the views were just unbelievable and nothing like I've seen before with completely unbroken rainforest stretching as far as the eye could see. A good rest here gave us good views of both male and female Orange-breasted Falcons and some tricky to see White-throated Manakins. Back down the trail it was good to come across a couple of Red-and-Black Grosbeaks, but little else before we boarded the vessels heading back to base, via a stop for the roosting Nightjars, and last but not least, a stunning Emerald Tree Boa. An excellent day seeing a whole host species.

Selected highlights from the day are: 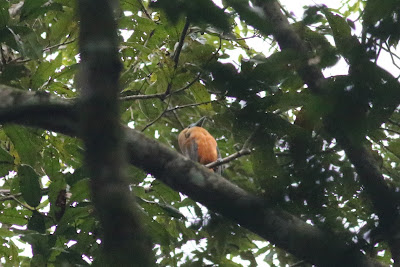 the only respectable photo I could manage of a Capuchinbird. Hearing them was just as good as seeing them. 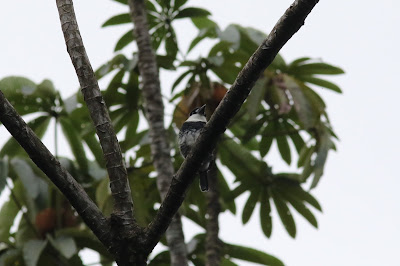 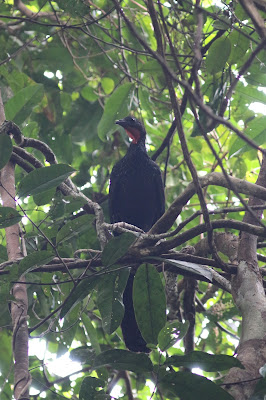 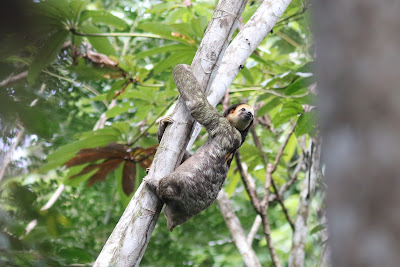 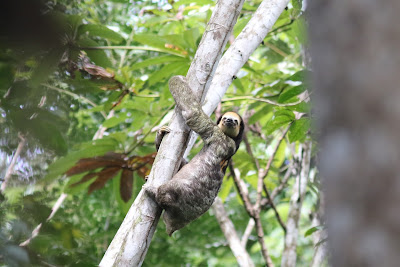 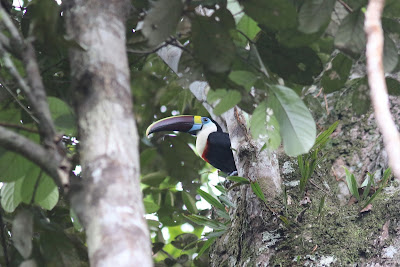 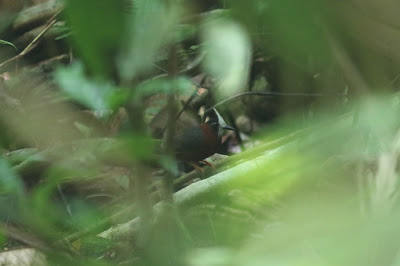 White-plumed Antbird - even with leaves in the way this bird is still striking. 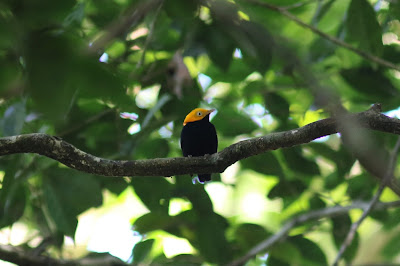 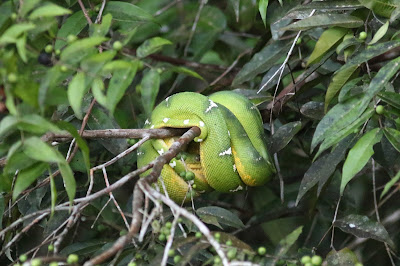 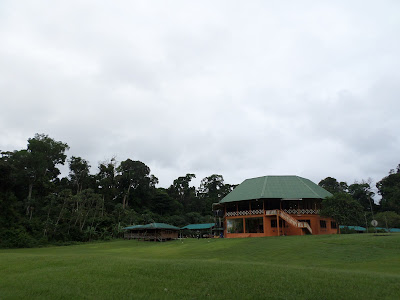 the restaurant and education centre at Iwokrama Lodge 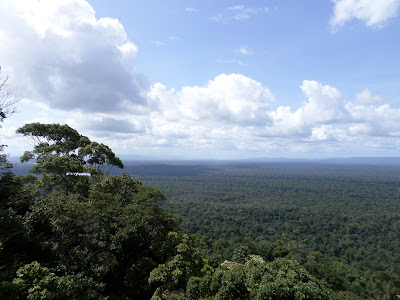 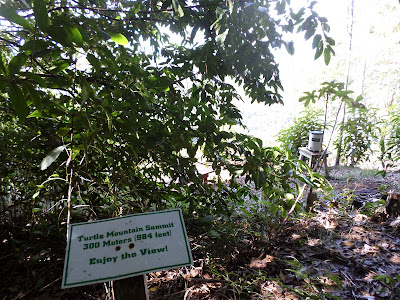 we enjoyed the view 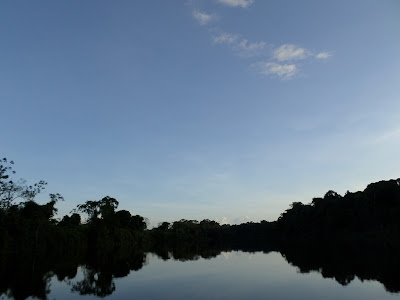