Now back from yet another memorable trip, this time to the tropics of Trinidad and Tobago (two days) and the rest of the time spent in the untouched wilderness of Guyana with Nick Preston, Richard Fairbank, Nick Gardner, Stuart Reeds and Paul Hopkins. For now just the T&T have been included, and once I've gone through the three thousand Guyana photos this part of the trip shall be entered.

Only the bird photos have been added, but once I've sorted things a bit the scenic ones shall be on to.

The morning started early as it always does on the first morning of a trip. Our hotel based next to the beach gave us some mouth-dropping moments as we witnessed three Giant Leatherback Turtles coming up onto the sandy beach, digging their holes and egg laying right next to us. The first few hours was concentrated on the edge of the dense forest at Grand Rivière that provided excellent views of the Trinidad Piping-Guan. At least 12 individuals were encountered including some birds displaying. The many brightly coloured birds kept me entertained with the main highlight being a male Golden-headed Manakin, whilst two species of Antbird were also rewarding. As the morning warmed up raptors got going high above, which were soon joined by patrolling Magnificent Frigatebirds, although White Hawks were just as impressive. After breakfast we headed down south back towards Port of Spain where we arrived last night via St Lucia. The drive was rather uneventful both ways, but once at Caroni Swamp and adjacent lands, the birding got going in true style. First up was a large flock of Dickcissel that proved elusive but patience was rewarded with fine views. Next up was a 2-hour boat ride through the mangroves where countless birds were present (including Tropical Screech Owl & American Flamingo) but also a Tree Boa and a Silky Anteater, both roosting in the trees above. The finale was watching the rediculously bright Scarlet Ibis coming into their roost. A fantastic first day. 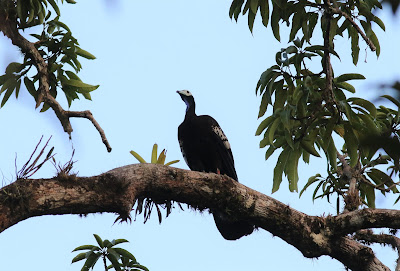 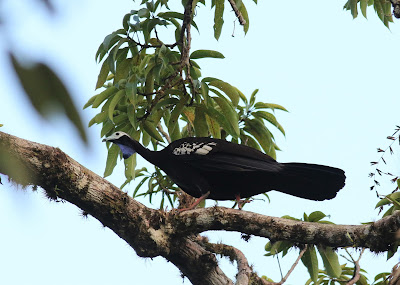 Trinidad Piping-Guan at Grand Riviere - one that has to be seen when visiting these islands, and with Martyn's local knowledge, no less than 12 individuals were seen in roughly three hours. 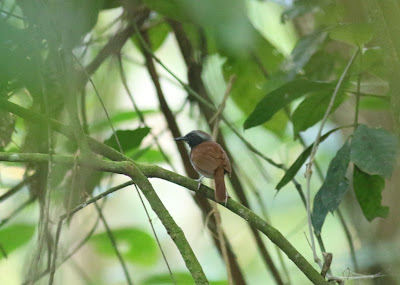 White-bellied Antbird at Grand Riviere - this race of this species having a much paler belly and breast then it's South American counterpart. 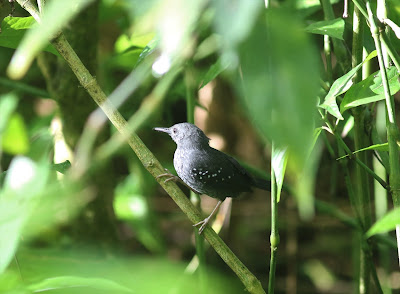 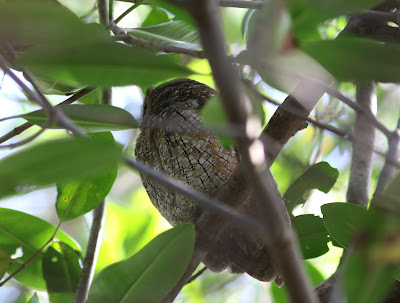 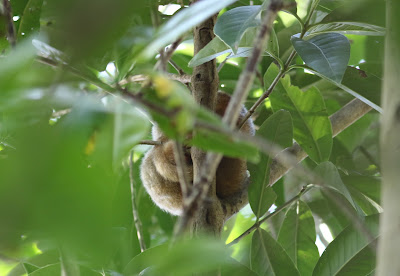 Silky Anteater - very un-Anteater like but still a lovely animal to encounter. Its larger cousin was thankfully seen later on in the trip 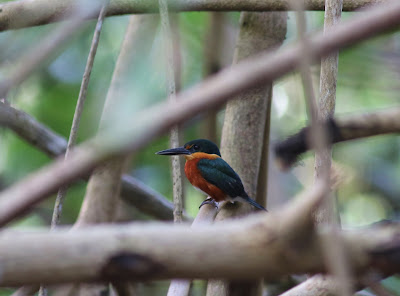 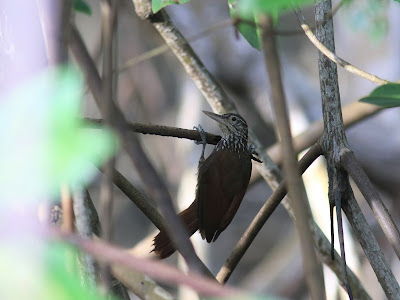 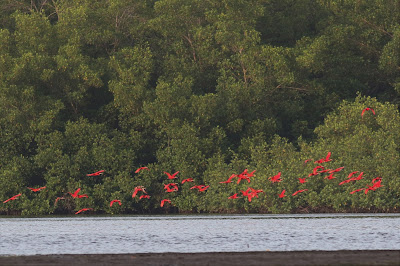 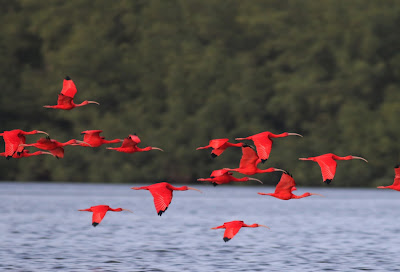 Scarlet Ibis roosting into Caroni Swamp - a superb spectacle as we parked up the boat and watched these beauties fly past us.
Posted by Matt Eade at 18:41