I was up early and walked the access trail though not seeing a great deal for my efforts. We departed the lodge early and headed south down the main road towards Atta Lodge stopping regularly and this produced a decent variety of birds. One stopped produced another Red-billed Woodcreeper, an excellent Waved Woodpecker (the only one of the trip for me) and a Saffron-crested Tyrant-Manakin. Once in the Mori Scrub part of the forest we walked a circular route through mostly flooded tracks, and here we straight away spotted a fresh (a couple of hours old) Jaguar footprint. Unfortunately there was no sign of a Jaguar but at least it reimbursed my enthusiasm for maybe seeing this elusive creature at some point during the trip. During the walk we had incredible views of a Bronzy Jacamar that refused to budge. We continued on towards Atta dipping a River Warbler as we went despite hearing it close by. Once at Atta, we were greeted with a lovely flannel and a good juice. The flannels that started white shamefully got given back as brown but there you go. After lunch I decided to walk one of the various trails that Atta has to offer and notched up a respectable list, the best being a Scaled-backed Antbird. Being alone in the forest is a strange sensation, not knowing what lurks just ahead and if things did go belly up, how screwed I would be as I was mostly off the beaten track. Anyway I survived and as evening approached we together walked back out onto the main road where one of our top targets was looming. As darkness fell, the whistle of a White-winged Potoo echoed out of the trees, and with Ron's local knowledge, we soon found the bird perched on an overhang. The torch shone on the bird and there was the obvious white wing. A mega bird by all accounts and we got it on our first night. We casually walked further on torching for other night creatures and to hopefully see a species of Nightjar/Nighthawk that our guide Ron couldn't identify, and this brought the prospect of a new species to science being seen. Initially however, there was no sign at the original spot where this bird had been seen, so I walked further on by myself to torch further trees, but on my way back the decision to wear wellies paid off, as a slight tap on my foot had me turning around and shining the torch down on a Fer De Lance, South Americas most deadliest snake. I was more worried about photographing it then anything else and thankfully the snake posed for several minutes before slithering off into the long grass. Ron then found the mystery bird and we pondered over it for sometime, with Richard suggesting Rufous Nightjar, though tomorrow we would find out if this was a correct identification. One last highlight before the best shower of the trip so far and a good dinner, was a Tail-less Whip Scorpian. 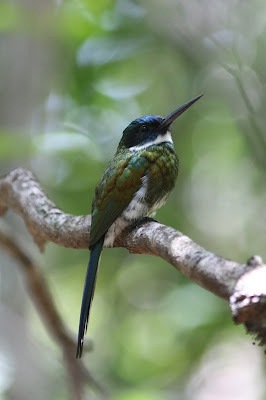 Bronzy Jacamar in the Mori Scrub 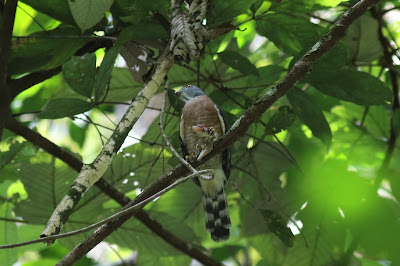 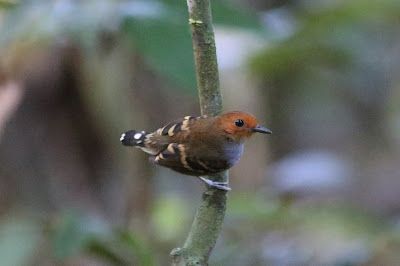 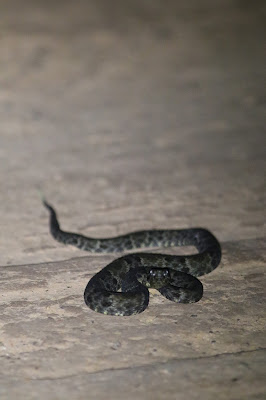 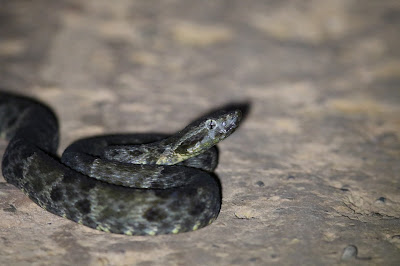 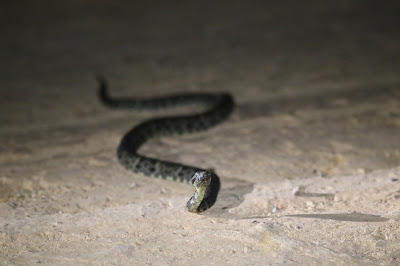 Fer de Lance - wellies sometimes essential. Despite the high risk of this snake, it was still one of my main targets to see. 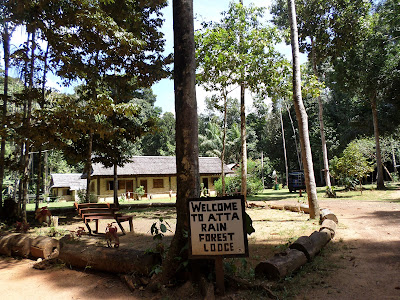 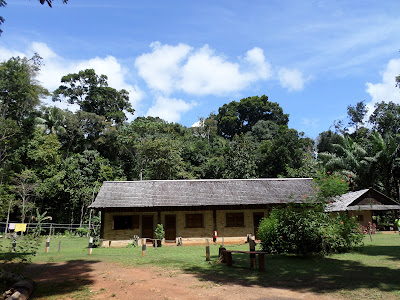 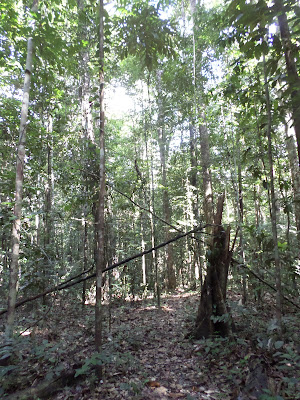 the woodland trail that became my trail after three days. I found a good way to bird these trails was to slowly walked for twenty metres or so and then stop and listen and carry on etc.